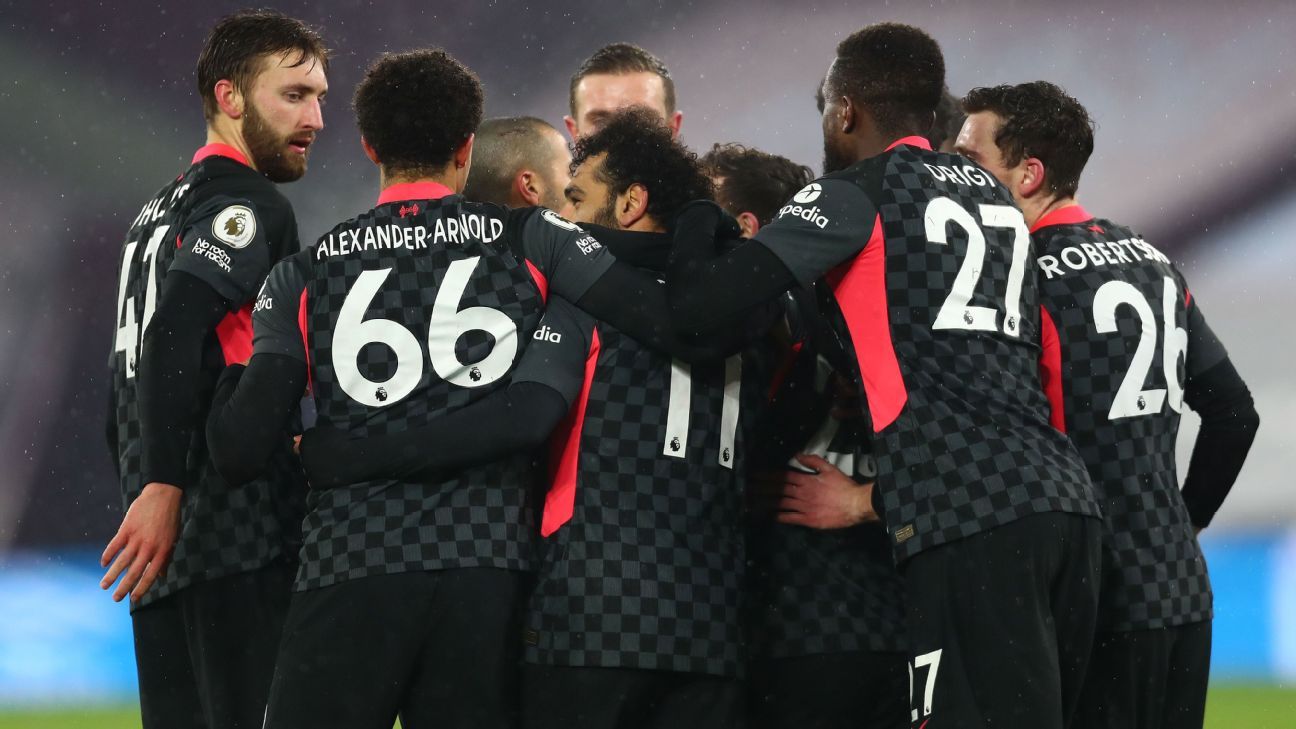 Salah’s second strike marked his 90th Premier League goal and put him in pole position in the race for the 2020-21 Golden Boot.

The first half was far from inspiring with both teams managing just one shot on target apiece.

Liverpool manager Jurgen Klopp replaced James Milner with Curtis Jones on 56 minutes and the 20-year-old used his first touch of the ball to set up Salah for the opening goal.

Salah danced around around the West Ham defence inside the box before curling a left-footed shot around the players and into the top right corner.

Just over 10 minutes later Liverpool broke through Trent Alexander-Arnold and Xherdan Shaqiri after a West Ham corner. With Liverpool outnumbering the defence, Salah deftly controlled the ball before hitting it past Lukasz Fabianski.

The whole team collaborated for Wijnaldum’s goal in the 84th minute with substitute Alex Oxlade-Chamberlain teaming up with Roberto Firmino before the final finish.

Dawson pulled one goal back for West Ham following a corner on 86 minutes.

The result means Liverpool jump above Leicester City — who lost 3-1 to Leeds United earlier in the day — to third place while West Ham are in fifth.