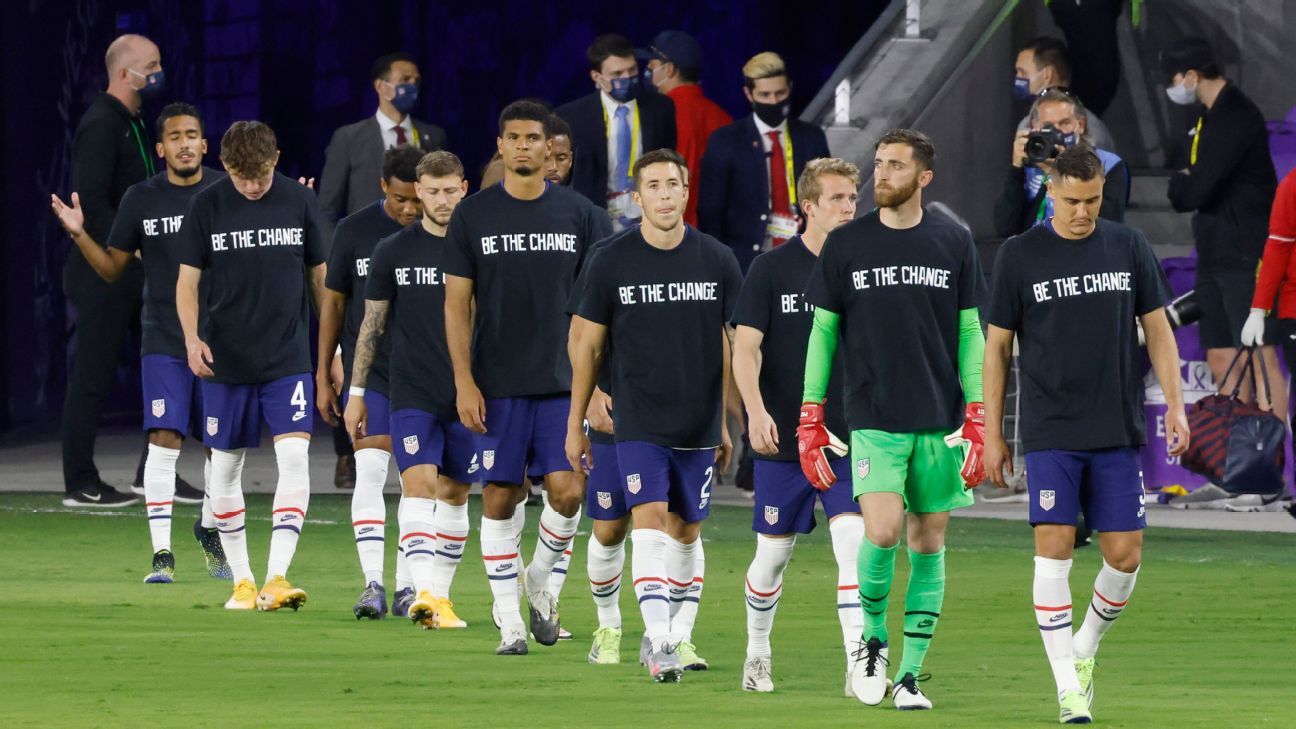 United States manager Gregg Berhalter, as well as the USMNT players, aren’t letting up in their support for the Black Lives Matter movement.

On a night when the U.S. routed Trinidad & Tobago 7-0, Berhalter, his staff and the players could be seen wearing shirts containing the message, “Be The Change” on the front and “Black Lives Still Matter” on the back.

“It means a whole lot to me,” said Berhalter about the Black Lives Matter movement after the match. “And it’s not only supporting the effort of the group, but it’s supporting the cause. That’s what’s most important to me.

The U.S. team has been consistent in displaying messages in support of social justice, first doing so on their warm-up jackets prior to a November friendly against Wales. The team did the same in subsequent matches against Panama and El Salvador, repeating the “Be The Change” mantra. Berhalter said the team’s support will continue.

“What I’m most proud of [about] the guys is that this effort hasn’t died down at all within the group,” said Berhalter. “It’s only getting stronger because this is something the entire group is passionate about.

“And we’re going to continue to do our thing, and hopefully even amplify it and keep spreading that message because it’s vitally important. If we say that we are who we are as a country, then we need to change our behavior, change our actions.”

Winger Jonathan Lewis said it meant a lot to him personally to have his coach supporting the players commitment to social justice.

“As a Black player especially, to have a coach [saying] that he really supports us, I think it means a lot,” he said. “He came up to us as a team and approached us and said, ‘What can we do more?’

“He wants to learn. He wants to be more involved. He wants to do his part and he even said it from the start, he said, ‘What we’re doing right now is not good enough.’

“So it empowers the whole team.”