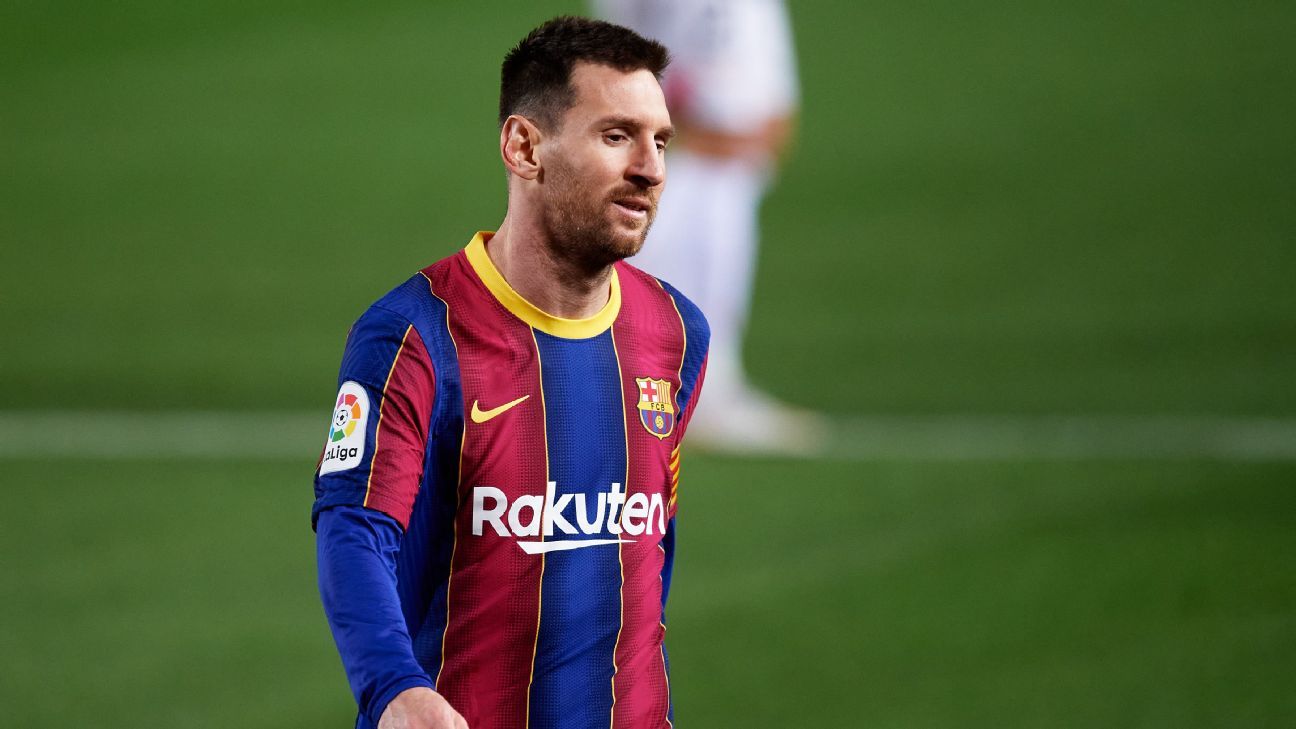 Messi’s four-year deal, which was signed in 2017, was released in full on Sunday and revealed the Barca forward stood to make a maximum of €555 million over the course of the contract, making him the highest-paid athlete of all time.

Sources have confirmed to ESPN that Messi plans to pursue legal action against the newspaper and anyone from the Catalan club found to have been involved in leaking the terms.

Bartomeu resigned from the club last October and his relationship with Messi ended on a bad note, with Messi branding him a liar in several recent interviews.

“It’s completely false [that I was involved in the leak],” Bartomeu told TV3. “This is a very serious issue because it’s completely illegal to leak any professional contract to the media.

“It’s easy to make accusations, but this is not a joke and it’s going to end up in court. Messi deserves everything he earns, be that for professional or commercial reasons. Without the pandemic, Barcelona would be more than capable of paying those numbers.”

Bartomeu has not yet been replaced as Barca president, with an election to be held on March 7 for club members to decide who will preside over the club for the next six years.

The two leading candidates, Joan Laporta and Victor Font, have both come out in support of Messi since El Mundo’s report was published, in which the newspaper accused Messi of “ruining” Barca financially.

“Messi has not ruined the club,” Laporta told Rac1. “That was the previous board, who have lost all reasoning since 2016.

“These types of stories show a complete lack of respect to Barca. But given the lack of governance at the club with no president, it’s easier for these things to happen.”

Given Barca’s gross debt has risen to €1.2 billion, there are now genuine concerns over whether they can afford to keep Messi, who is free to leave in the summer if he doesn’t renew his deal.

Font, like Laporta, insists getting Messi to commit to new terms remains a priority for whoever the incoming president is, although he did say “it’s not the end of the world” if the Argentina international does leave.

“We have to do everything possible to retain Messi,” Font told Onda Cero. “That was true in 2017 and it’s still true now. Messi generates that much and more for the club. To suggest the club is ruined because of him is a completely erroneous conclusion.”

Including image rights, the report said that Messi was paid a €115m renewal bonus and a €77m loyalty bonus split into two payments — as revealed by ESPN in November.

Messi is also said to earn about €72m annually in addition to add-ons for playing more than 60% of games throughout the course of a season, Champions League progression, winning La Liga or the Copa del Rey and winning FIFA’s The Best.

Barca coach Ronald Koeman has said the contract was leaked with “malicious intent to do damage to the club and to Messi” and added that if someone at the club was behind it, “they should no longer have a future at Barcelona.”