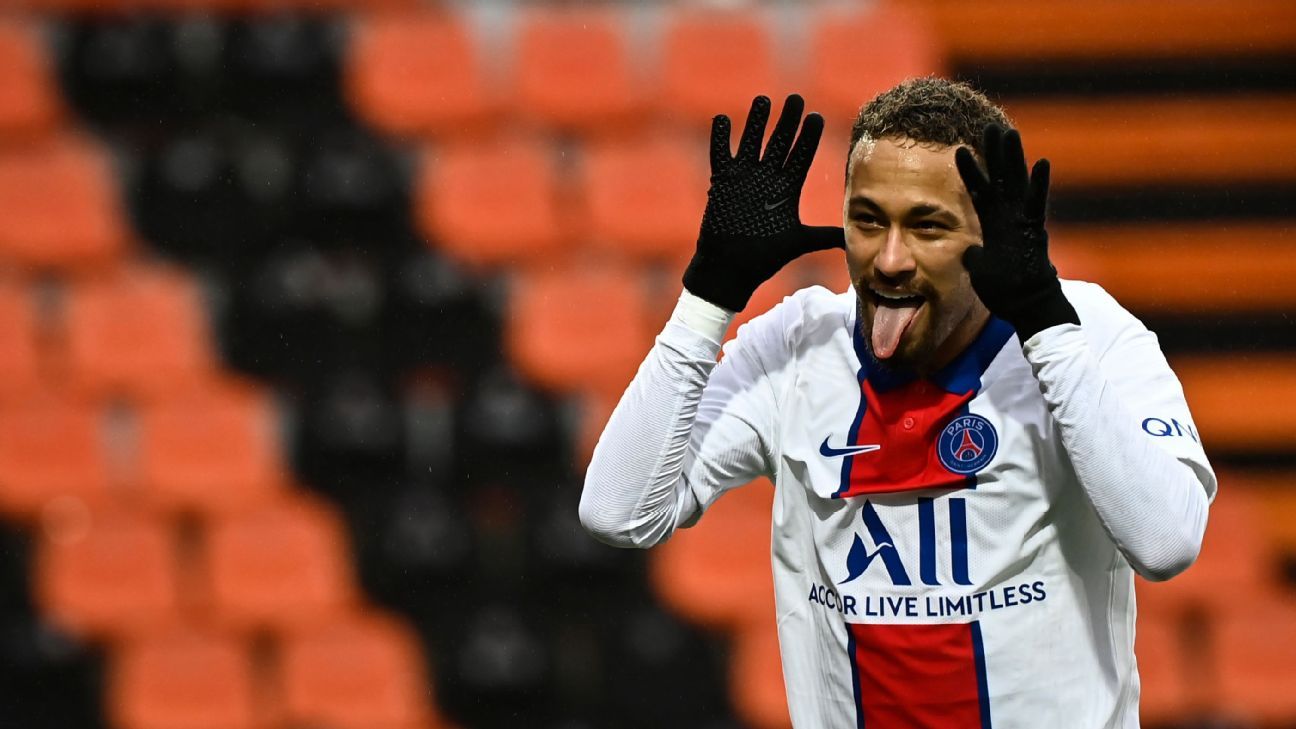 Paris Saint-Germain and Brazil forward Neymar has said he will never stop partying despite claims he is immature.

– Stream FC Daily on ESPN+
– Laurens: Reflecting on 100 games of Neymar at PSG

“So, who doesn’t like to party? Everyone likes to have fun,” Neymar said.

“Contrary to what people think, that I’m immature, that I don’t know what I do.”

Neymar, 28, was criticised for staging a week-long New Year’s Eve party for a reported 150 people at his seafront mansion in Rio de Janeiro, Brazil, despite a rise in COVID-19 cases.

He added that he does not believe his social life hinders his performances on the pitch and said he needs to blow off some steam from football.

“I’ve been in football for several years, ” he said. “If you stay 100% with your head focused on just playing football, in my opinion, you end up exploding. It is my time to relax, to be calm… I will never stop doing it.”

Former Tottenham coach Mauricio Pochettino, who took over as PSG coach on Jan. 2, was asked if he would give Neymar permission to take part in his sister Rafaella’s birthday party in Brazil on March 11, which the player has attended in previous years.

“We will see when the time comes. When I started coaching, I said to myself that I would be inflexible, and I wouldn’t let anyone go out,” Pochettino said.

“After 12 years coaching, I’ve come to realise how important it is to be flexible and I like to negotiate everything. The new generation likes to give their opinion and to be listened to. You get nothing from imposing things, you have to negotiate.”

He has scored 83 goals in 101 appearances with PSG.