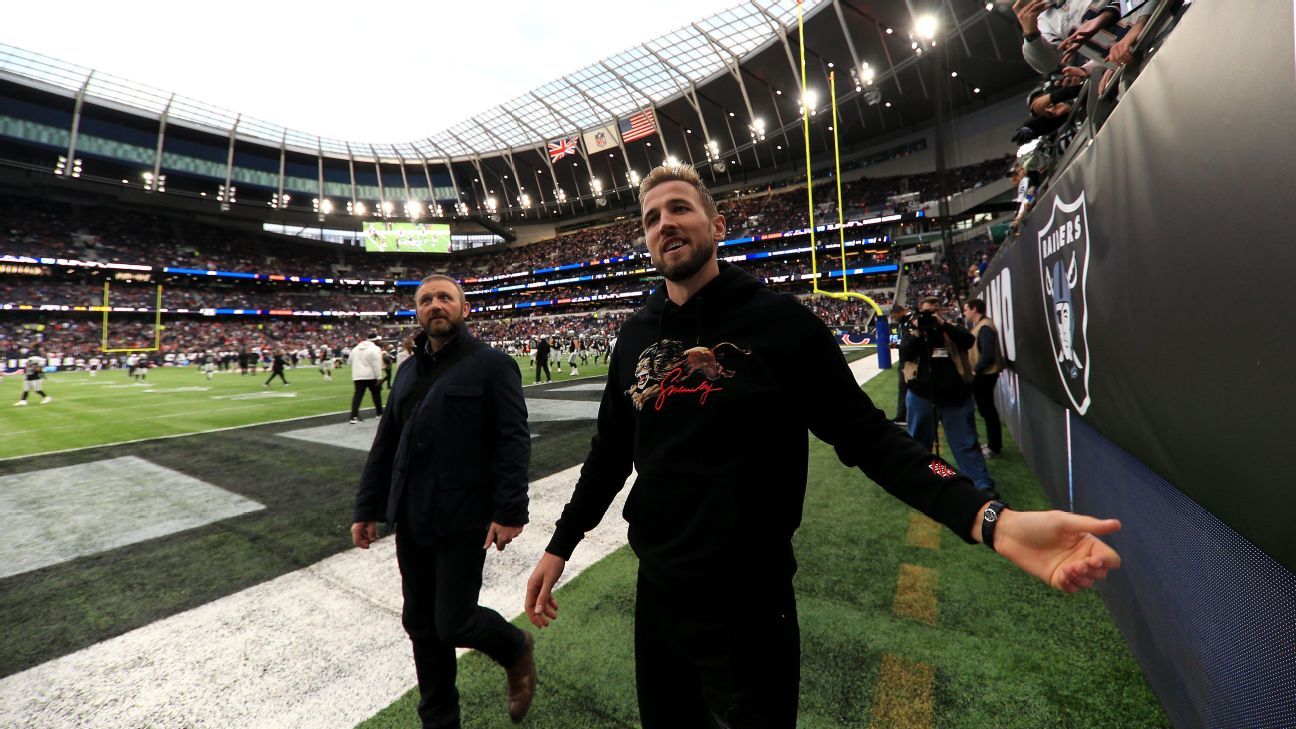 Tottenham and England captain Harry Kane has reiterated his desire to become a kicker in the NFL after his playing career.

Kane is an avid follower of the NFL and spoke to the players and watched from the stands when Tottenham hosted a match between Chicago Bears and Oakland Raiders two years ago.

Kane told ESPN in 2019 that he wanted to turn his attention to the sport after retiring and said he is hopeful of achieving that dream in the future.

“Of course, there’s a lot of technically very gifted players and in NFL kicking, a lot of players can kick it far and high, but I guess it all comes down to who can handle the pressure the best and I feel like the more I watch it, the more I see that, you know, in the big situations,” he told Houston Texans DE JJ Watt for NFL UK.

“A lot of times the game goes down to a last minute field goal, last second field goal. So I’d like to think kind my experience of dealing with that in soccer would put me maybe at an advantage compared to some of the other guys who haven’t had that experience, maybe coming out of college or things like that.

“So I guess that’s the I’m banking on, of course. But yeah, like I said, it’s early stages, but I look forward to hopefully exploring that one day.”

Brady, 43, will look to clinch his seventh Super Bowl when the Buccaneers face reigning champions Kansas City Chiefs on Sunday.

Kane will be unavailable for Spurs’ clash against London rivals Chelsea on Thursday after suffering an ankle injury in the 3-1 loss to Liverpool last week.

Speaking in his news conference ahead of the derby, Chelsea boss Thomas Tuchel said it will be easier for his side to compete with Kane set to miss out.

“I would say it’s always easier if Harry Kane is not playing, that is a given,” he said. “Harry Kane is one of the best No. 9s in the world, a role model No. 9 that every coach and team wishes for.

“We assume at the moment he will not play but we will assume everything.”