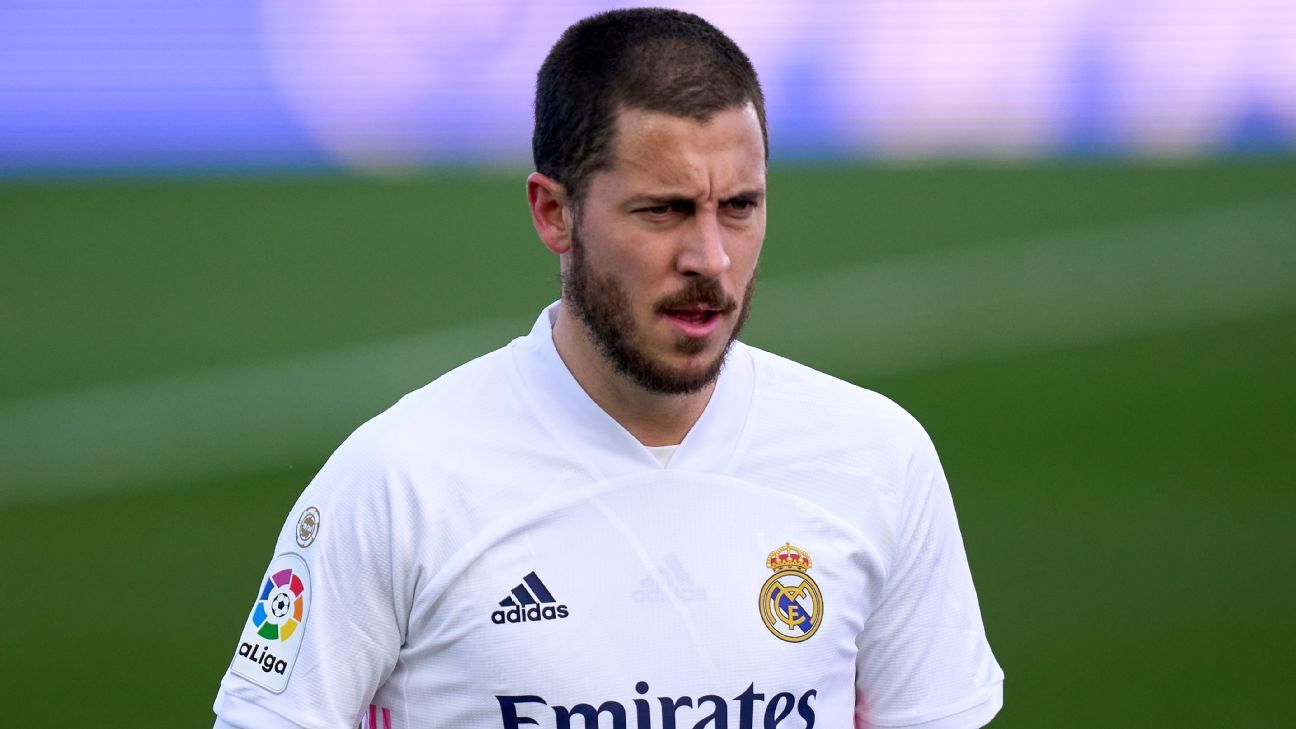 Eden Hazard has been trolled by Burger King on social media after his latest injury worry saw him miss Real Madrid‘s training session on Tuesday.

The fast food giant quoted a tweet asking why the forward hadn’t trained with his teammates, saying “2×1 at Burger King.”

By Wednesday morning the tweet had received almost 25,000 retweets and 100,000 likes, as well as numerous complaints from Madrid fans.

Hazard, 30, has had a lengthy series of injury problems throughout his time in Spain, and admitted to being overweight when he signed from Chelsea in the summer of 2019.

He has started four of Madrid’s last five matches — including Saturday’s La Liga defeat to Levante — but missed training on Tuesday with muscular discomfort, putting in doubt his participation in Saturday’s trip to Huesca.

Hazard’s high-profile signing — for a fee initially thought to be €100 million, although subsequently reported in Belgium as potentially rising to €160m — was intended to fill the void left by the departure of Cristiano Ronaldo.

However the player himself admitted his debut 2019-20 campaign was “the worst season of my career” after persistent ankle injuries restricted him to 14 league starts and just one goal.

He suffered an ankle fracture in November 2019 while playing against Paris Saint-Germain in the Champions League, and came back three months later only to repeat the injury.

Hazard underwent ankle surgery in March 2020 which saw him miss another three months and returned to play a bit part in Madrid’s La Liga title win.

The Belgium international also missed the start of the 2020-21 season due to more ankle concerns, testing positive for coronavirus in November and then picking up a hamstring injury in November.

Overall, Hazard has missed more than half of Madrid’s matches since arriving at the Bernabeu.

His recent run of appearances — including scoring in a 4-1 win at Alaves last month — had been more encouraging before this latest scare.