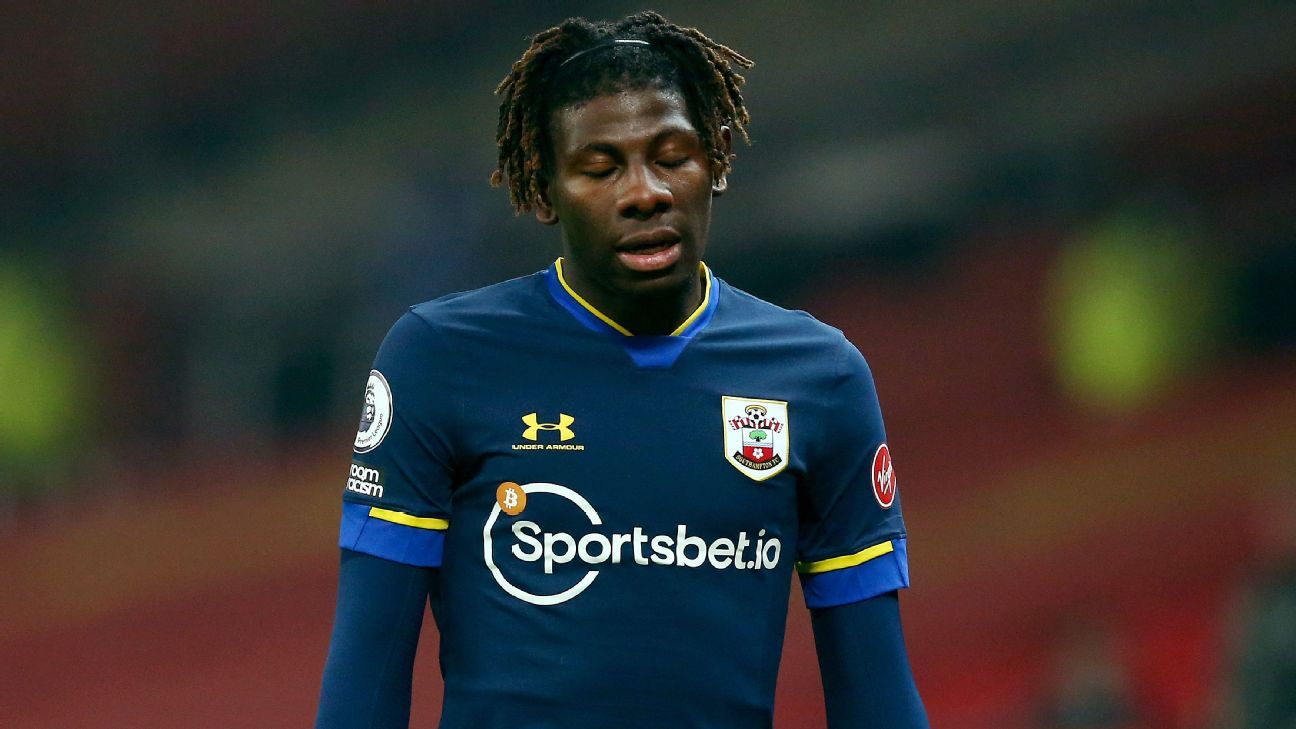 Southampton have contacted the police after midfielder Alexandre Jankewitz was racially abused on social media.

Jankewitz, 19, was red carded after two minutes during Southampton’s 9-0 defeat to Manchester United at Old Trafford on Tuesday.

“Southampton Football Club can confirm that it has identified a number of posts on social media directing racial abuse at our 19-year-old midfielder Alex Jankewitz, following last night’s result at Manchester United,” a Southampton statement read.

“Abuse of any form will never be tolerated at Southampton. Our club prides itself on its inclusive nature, and supporters who stoop to such abhorrent and archaic standards are not welcome as Southampton supporters, or anywhere else within football.

“The club will continue to fight every day to remove such people from our sport and our community in order to protect our players, our staff, Southampton fans and football supporters around the world who recognise and celebrate the diversity that makes football special.

“The club is passing on all abusive messages to Hampshire Police and hope they are able to permanently remove those individuals from our football community.”

It is the latest in a recent spate of incidents involving players being abused on social media after United pair Axel Tuanzebe and Anthony Martial were targeted following the club’s 2-1 defeat to Sheffield United.