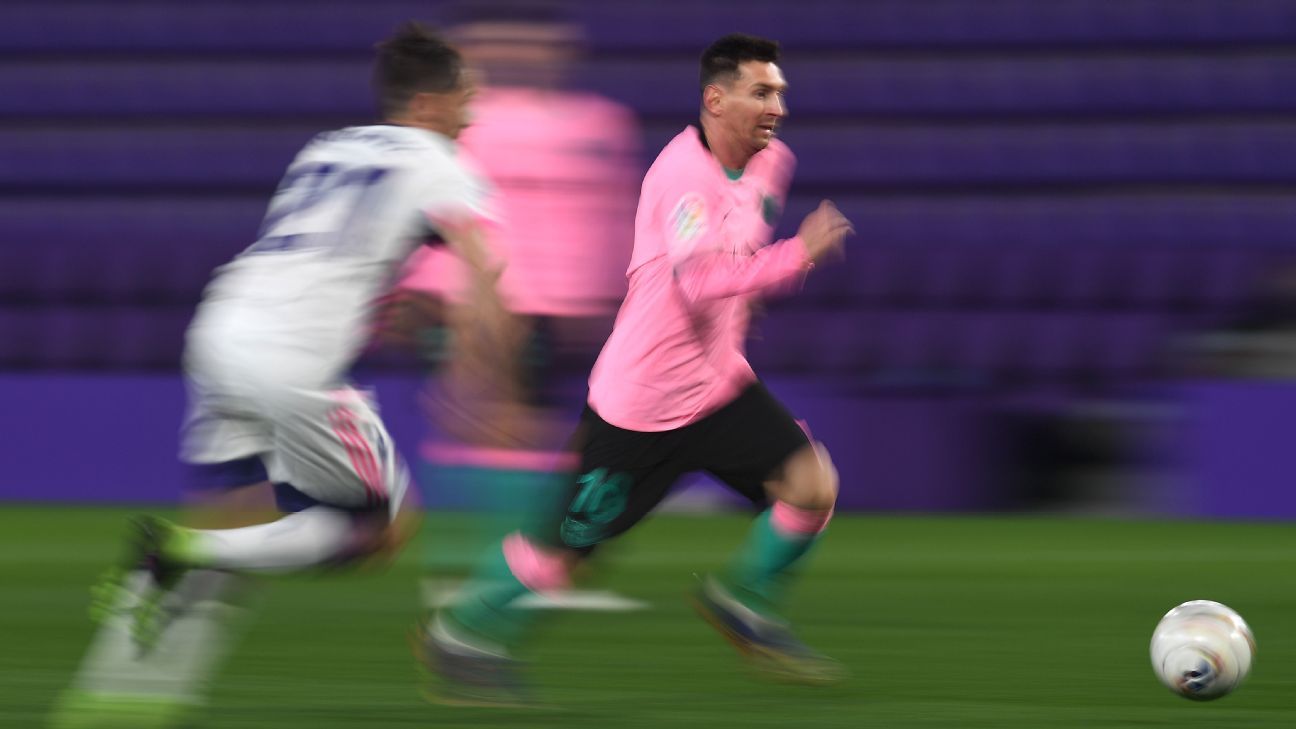 The transfer window may have slammed shut, but that doesn’t mean the rumour mill has shut down! Speculation over summer moves are heating up so check out the latest gssip below, and see all official deals here.

Paris Saint-Germain have been boosted by the news that Neymar looks likely to sign a four-year extension at the Parc des Princes, and Marca is reporting that the Ligue 1 champions will try to reunite the Brazilian with Lionel Messi this summer.

Barcelona boss Ronald Koeman hinted on Tuesday that while he remains hopeful, he doesn’t expect Messi to stay beyond the end of the season, and PSG are now determined to land the Argentine.

PSG have already expressed their interest in signing the striker, who has clearly been unsettled this season, with leaked contract details this week adding to the drama surrounding his future.

Messi and Neymar enjoyed a strong partnership at Camp Nou, and the latter has hinted that he wants to play with his former teammate once more.

PSG are hoping Neymar’s decision to stay could convince Messi to part ways with Barca and complete a formidable front three also including Kylian Mbappe.

Barca might need to reassess their situation this season amid financial difficulties, with players unpaid for December, and mounting debts.

Juventus continue to dream of a Paul Pogba return this summer, if Calciomercato are to be believed.

The Turin club was tempted to try to sign a new midfielder in January but ultimately decided waiting until the summer would reap greater rewards.

However, they’re now waiting to see what Manchester United do next. Pogba’s contract has one year left to run and so far he is yet to sign an extension. So Juve are simply waiting to see the next move from both club and player. If they can free him from his contract this summer, they’re ready to act, says the report.

However, they’re also conscious that Pogba could be a difficult deal to get over the line, and so they’re also well advanced when it comes to Plan B in Lyon‘s Houssem Aouar.

Arkadiusz Milik may have joined Marseille on loan from Napoli, but Juventus haven’t given up on the idea of signing the Poland striker in the summer.

That’s according to Calciomercato, which is reporting that the Old Lady might renew their interest in the 26-year-old at the end of the season.

Milik has joined Marseille on loan until 2022, and the Ligue 1 side have the first option to buy the striker on a permanent basis. Marseille would have to pay £7 million at the end of the loan period and a further £3.6m in bonuses.

They would also have to pay 20% of any future sale back to Napoli, while Juve feel they might be able to tempt Milik back to Italy by offering a longer deal.

– Manchester City sent scouts to watch Palmeiras star Patrick de Paula in the Copa Libertadores final, according to Brazilian site UOL.com. The outlet is reporting that Pep Guardiola is keeping an eye on the 21-year-old but that Benfica are also interested in signing the midfielder. The player has a huge release clause of €100m. Not surprisingly, while there have been several approaches for him, there has been no official bid as yet.

– Sporting Lisbon have paid €16m to sign Portugal international striker Paulinho from Braga. According to L’Equipe, the 28-year-old has signed a five-year deal with the current league leaders for a record fee, and Sporting will hope his arrival can catapult them to a league title. Paulinho will be reunited with coach Ruben Amorim, for whom he played under at Braga.