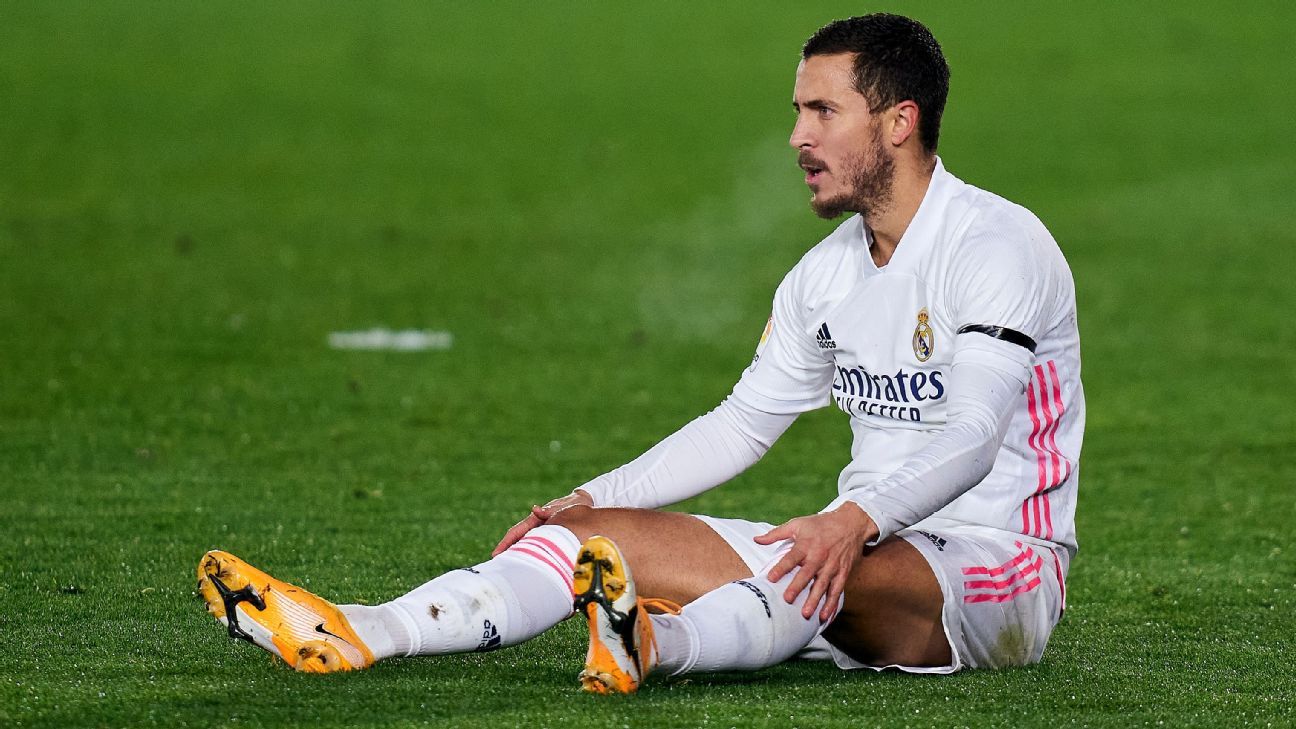 Belgium national team doctor Kristof Sas has said Real Madrid‘s Eden Hazard is in a “vicious circle” that is difficult to come out of when it comes to injuries.

Real Madrid announced on Wednesday that the Belgium captain will face a spell on the sidelines after sustaining a muscular problem in his left thigh.

Injuries and lack of form have contributed to Hazard scoring just four goals in 35 appearances in all competitions for Madrid.

The latest setback, which could see Hazard out of action for up to six weeks, has seen the former Chelsea star trolled on social media.

“Eden is in a vicious circle and it’s not easy to come out of,” Sas said.

“We are waiting to hear more about it but it’s worrying. We would have preferred for Eden to have played everything for Madrid. It’s the best way to arrive at the European Championship in good condition.”

Hazard is not the only Belgium international injured but his fitness is a cause for concern for the team.

“The injuries of players like [Leicester City‘s Dennis] Praet, [Napoli‘s Dries] Mertens or [Manchester City‘s Kevin] De Bruyne don’t concern us at this point in view of the European Championship,” Sas added.

“It’s even a rest. They can resume but with Eden is different. It’s a chronic relapse, that in the end, it always comes out badly.

“The situation is not complicated for us but he must find a way around this impasse.”

Since arriving at the Bernabeu in the summer of 2019 from Chelsea, in a reported €100 million transfer, Hazard has missed 44 games due to injuries.

Hazard appeared to have turned the corner after starting four of Madrid’s last five matches but now he is sidelined again.

“At the beginning it was an ankle problem but the last three times, it has been muscular injuries,” Sas said.

Real Madrid coach Zinedine Zidane reiterated that patience is needed if Hazard is to rediscover his top form as he is a player “that did not know what it was to be injured.”