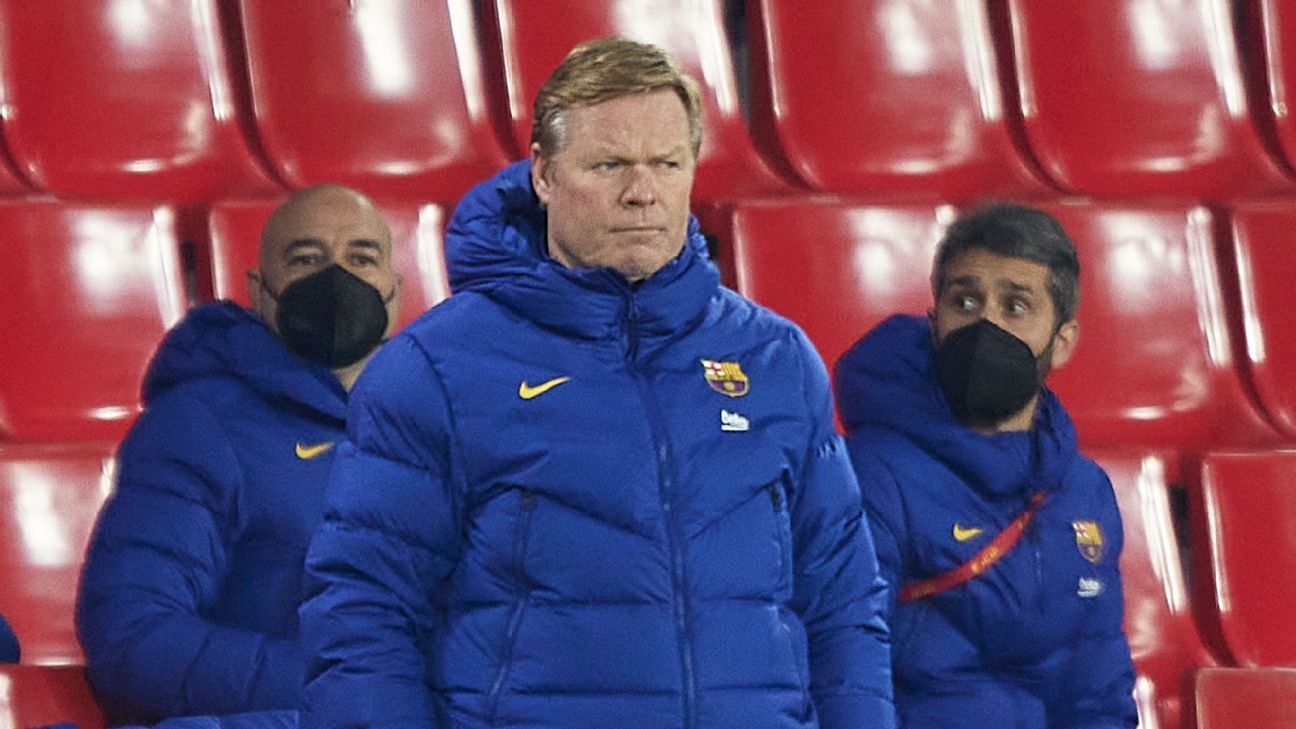 Speaking after PSG’s 3-0 win over Nimes on Wednesday, Di Maria claimed there’s a “big chance” his Argentina teammate Messi will make the move to Paris on a free transfer when his contract expires in the summer.

Barca host PSG in the first leg of their last 16 tie in the Champions League on Feb. 16 and Koeman feels that’s a further motive for the French club to keep quiet.

“For me, [Di Maria has shown] lack of respect,” Koeman said in a news conference after his Barca side beat Granada 5-3 after extra time to reach the Copa del Rey semifinal.

“It’s not respectful to speak so much about someone who is still a Barca player. It’s not good. It’s a mistake to say something like that; it could add further spice to the Champions League game.

“It’s not right. [PSG] talk about Leo too much. He plays for Barca and, in addition, we have a two-legged tie against them coming up.”

Di Maria’s comments follow on from PSG teammate Neymar and sporting director Leonardo in talking openly about the Ligue 1 champions’ pursuit of Messi, who wanted to leave Barca last summer.

Neymar said in December he hopes to play with his former Barca teammate again next season and PSG sporting director Leonardo confirmed the club are interested in Messi earlier this month.

Messi, 33, has stated he will wait until the end of the season before deciding where his future lies. He said in an interview in December that he will not take advantage of being able to speak with other clubs.

He was involved for Barca on Wednesday as they recovered from two goals down to beat Granada in an eight-goal thriller to keep their Copa del Rey campaign alive.

An own goal from goalkeeper Aaron Escandell and a Jordi Alba header took the game to extra-time, where Antoine Griezmann and Fede Vico exchanged goals to keep the scores level going into the final 15 minutes.

A late effort from Frenkie de Jong and a second goal for Alba sealed the win in dramatic circumstances.

“It’s incredible,” Koeman said. “Football is incredible. I think we did well. We had chances to fix things before we eventually did. The team was outstanding.

“From 2-0 down the mentality of the team was brilliant. We didn’t give up despite the bad luck — three times off the woodwork, I don’t know how many saves… We deserved to win.”

Griezmann, in addition to scoring one, set up three of the goals as he continued to his excellent start to 2021.

“With Griezmann playing like this we’re even more dangerous,” Koeman added.