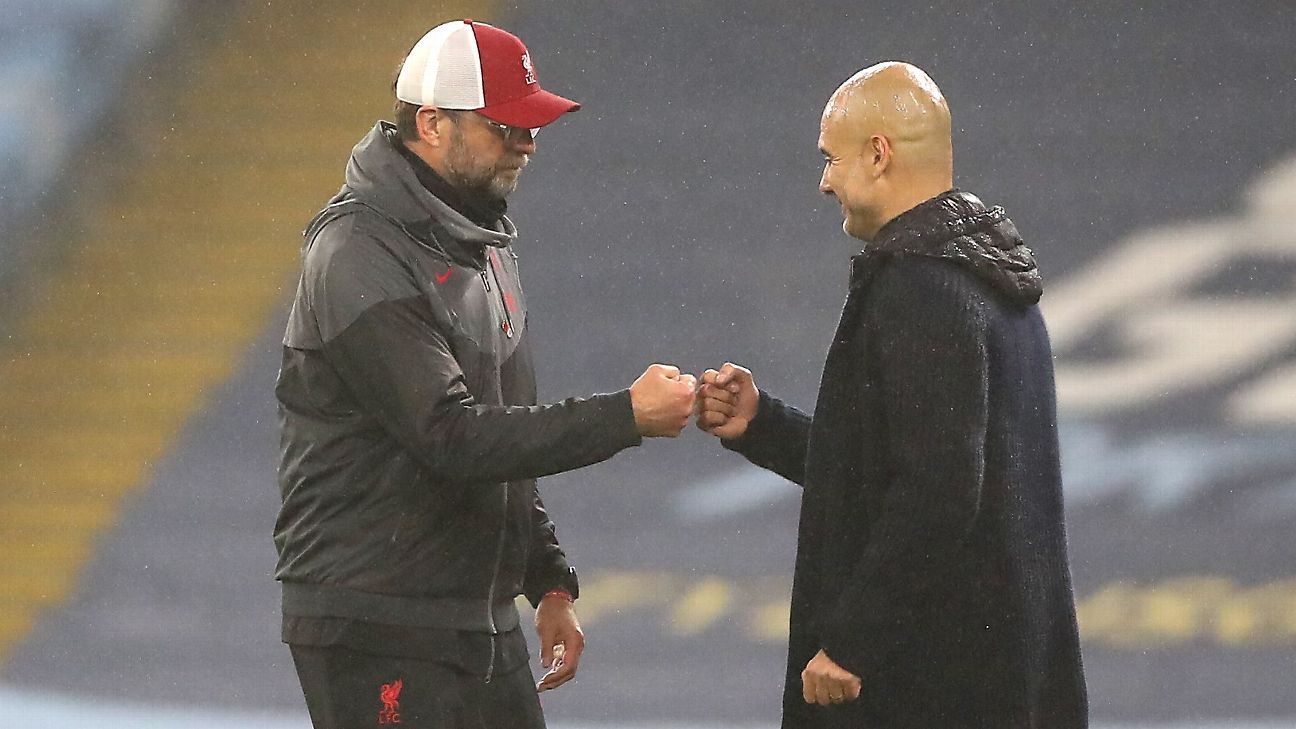 Jurgen Klopp has said Liverpool are struggling with physical and mental fatigue this season because they have not had a “two-week break” like Premier League leaders Manchester City.

Liverpool manager Klopp claimed after the loss to Graham Potter’s team that his players were mentally drained, but City have shown no sign of lethargy during a 13-game winning streak that stretches back to mid-December.

Although both teams have played 33 games in all competitions this season, City started their campaign on Sept. 21 after being given permission for an extended break after competing in last season’s Champions League until Aug. 15. Liverpool started their season by facing Arsenal in the Community Shield on Aug. 29.

City then had a week without games between Dec. 26 and Jan. 3 due to a COVID-19 outbreak which led to the postponement of a game at Everton on Dec. 28, but Klopp admits that his players have been caught in an endless cycle of playing and training.

“We haven’t had a break — I think City had a two-week break for COVID reasons,” Klopp said. “It’s really tough. It’s a tough season for many teams.

“It’s the first time I felt that way, but after a week of twice travelling to London, two intense games [against Tottenham and West Ham], I don’t think we really ran too much in those games. We ran exactly as much as we had to do to win the games.

“Then we came back and faced a Brighton team who had a good idea and we were not ready at that moment, obviously.

“The players couldn’t do it and you have to think why they couldn’t, that’s why I said what I said after the game.

When asked how his players could rediscover their form and freshness ahead of the City clash this weekend, Klopp said: “Play football, recover, train, recover. All that stuff. Using each single minute each day to recover. That’s how it is.

“The more you keep the ball, the less you have to run probably. That’s the truth.

“It’s all about trying again, being positive and enjoying football — all these kind of things, to make Anfield a fortress again.

“But don’t make it bigger than it is. It is nothing about mental health — we just weren’t fresh enough in legs and mind.”

Klopp confirmed that goalkeeper Alisson Becker, Fabinho and Sadio Mane have returned to training after missing the defeat against Brighton, paving the way for the trio to return against City. Defender Ozan Kabak, a deadline day loan signing from Schalke, has now received international clearance.

Meanwhile, Klopp has urged the German authorities to relent on their decision not to allow Liverpool to travel to Germany later this month for the Champions League Round of 16 tie.

A ban on all travel from the U.K. has been imposed in an effort to stop transmission of a new variant of COVID-19, with no exemptions for sporting teams.

Hungarian capital Budapest has been identified as a potential neutral venue for the first-leg in the event of Leipzig not being able to stage the tie, but Klopp believes that Liverpool’s COVID protocols should allow for them to travel to Germany.

“Our people are working with UEFA and Leipzig to find out where we play game,” Klopp said. “It is not our decision.

“I know the general situation in terms of travelling from England, but with all stuff we are doing here, the record we have with cases, the discipline in sticking to the protocols, it would be absolutely reasonable to make an exception.

“I don’t know who decides, but they say it is not possible. We are not infected, we have the same problems everyone has with another strain, but we are in a bubble and we could play in Leipzig without spreading the virus.

“But rules are the rules and we will accept them. But I don’t know where we play.”