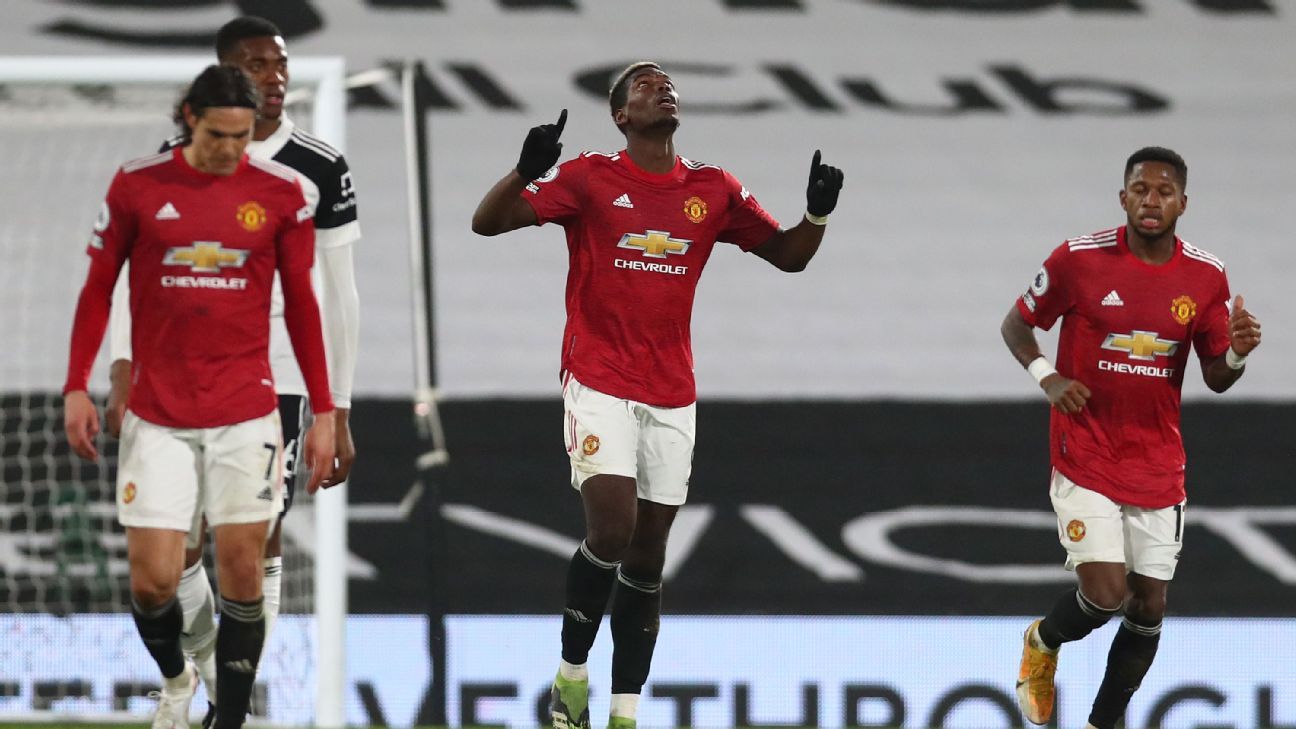 Manchester United manager Ole Gunnar Solskjaer says he has held showdown talks with Paul Pogba about the midfielder’s future but has refused to be drawn on whether he will sign a new contract at Old Trafford.

Pogba has less than 18 months left on his current deal and agent Mino Raiola said publicly in December the Frenchman will not sign an extension.

The 27-year-old has hit a good run of form and was voted United’s player of the month for January, which prompted hope he may perform a U-turn over his future.

But even after talks with the World Cup winner, Solskjaer is giving nothing away.

“Our conversations remain private,” he said. “Speculation about Paul is always going to be there, we’ve got a good open dialogue with Paul so what we talk about and how we see that situation remains between us.

“I’m just happy he’s focused and playing really well and he’s happy within himself and that’s important, you can see Paul enjoying football himself with a red shirt on.”

Sources have told ESPN that Real Madrid and Juventus are interested in Pogba but there are doubts at United about whether either club could afford him this summer as the financial impact of the coronavirus pandemic continues to bite.

Speculation surrounding Pogba’s future is likely to continue throughout the second half of season but Solskjaer is not concerned that the issue may become a distraction.

“Paul is a Man United player through and through,” said the United manager. “He’s been here in two spells; he came as a kid he’s learnt about the history of the club, the passion of the club he wants to do the best for Man United when he’s here and I think we’ve seen that, that he really cares for his team and he’s trying to be as successful as everyone else.”

With the January transfer window closed, Solskjaer and his staff have already turned their attention to the summer market. Regardless of whether Pogba stays or goes, or where United finish in the league, the club are set to spend again at the end of the season and Solskjaer has warned his players that they will face more competition for places as the squad continues to evolve.

“We’re doing the same planning, preparation but of course the pandemic has changed the market and it’s changed the world and it might affect what we can do,” said Solskjaer. “We just have to see where we’re at in the next few months of course but we’re looking at players and targets as we normally would do.

“We have done some very good business in the last few windows I feel and it’s not like wholesale changes we need to make, it’s the odd contribution and addition to the squad.

“If you can’t deal with competition and you want to be successful you’re at the wrong place.

“Nobody is guaranteed a place in the team like a season ticket card here you’ve got to perform to be part of the success of Man United and I’ve been part of it myself with strikers coming in and you’ve just got to take the challenge head on.

“We’ve signed players that we believe in but that’s also kicked some of the other players up the backside to perform and make sure they keep performing.”