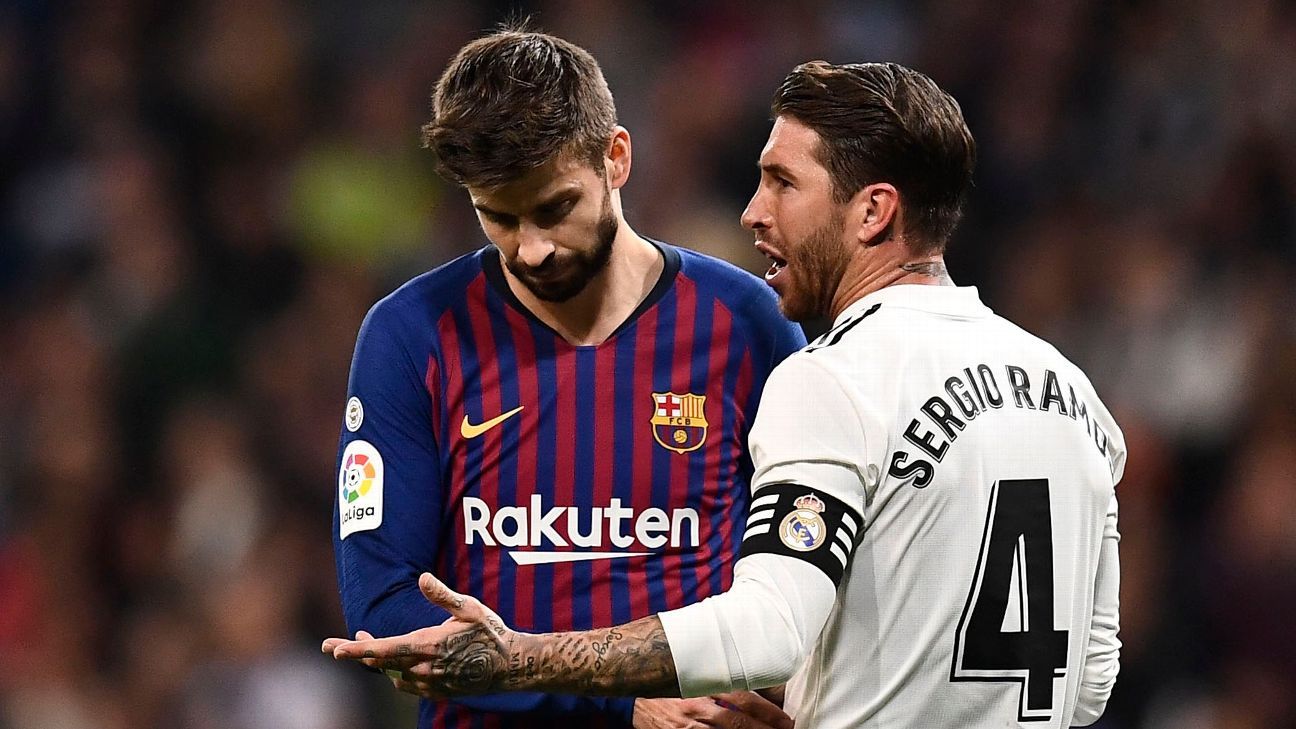 Barcelona defender Gerard Pique has weighed in on a debate about refereeing by saying many officials in Spain were likely to favour his club’s great rivals Real Madrid.

Pique, in an interview on YouTube show “Post United” on Thursday, said that if the vast majority of La Liga referees supported Real Madrid, they would naturally be partial to that team when refereeing their games.

The central defender, recovering from a long-term knee injury, was reacting to Spanish media reporting comments from former referee Eduardo Iturralde Gonzalez that many officials in Spain were Real Madrid fans.

Iturralde said the split between Real Madrid and Barca supporters on the officials’ list was “90% to 10%.”

“Even subconsciously, how are they not going to give more decisions to one side than the other?” Pique queried. “While I respect the professionalism of the referees and I know they try to do their best, when a moment of doubt comes…”

Pique also spoke about the drama surrounding teammate Lionel Messi, who has stated he will wait until the end of the season before deciding where his future lies.

Among the clubs that are said to be courting Messi is Paris Saint-Germain, which even prompted Barca coach Ronald Koeman to say the French giants talk about Messi “too much.” Koeman also chided PSG star Angel Di Maria‘s “disrespectful” claims on a potential Messi move.

“It’s surprising that a player from an other team would say that, you’d have to ask him why,” Pique said about Di Maria’s comments. “I see [Messi] as focused as ever.”

Pique was similarly coy on his thoughts about the exit of Luis Suarez from Barca to league leaders Atletico Madrid last summer, where the Uruguay striker is currently having a strong season.

“Ask the one who let him go. That’s not my fault,” Pique said, referring to Josep Maria Bartomeu, who resigned as club president in 2020.

On Bartomeu’s well-documented ouster, Pique said: “When you try to escape from problems and you delegate and you don’t appear, everything becomes very complicated. Problems are not solved by themselves. The club needed more leadership, for the president to show his face.”