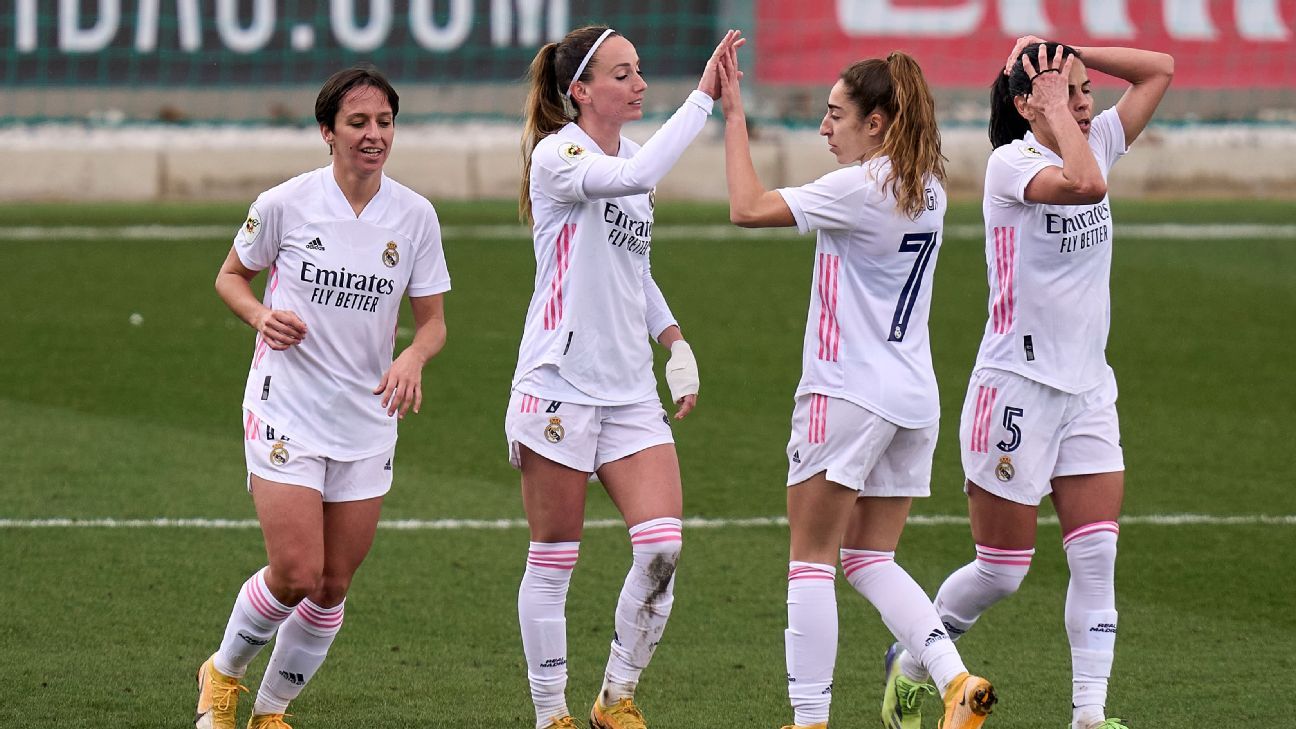 Real Madrid’s Kosovare Asllani has scored one of the fastest hat tricks in football history, finding the net three times in just 155 seconds in a 3-1 Primera Iberdrola win over Valencia.

The Sweden international opened the scoring in the 67th minute with a free-kick.

Less than a minute later, she lobbed the goalkeeper to double Madrid’s lead, before a close-range finish saw her complete her hat trick in the 70th minute.

Earlier in the match, Asllani — who has previously starred for Paris Saint-Germain and Manchester City — also had a first-half strike ruled out for offside.

She completed an eventful afternoon when she was substituted in the 88th minute, after being struck in the face by a ball which rebounded off the woodwork.

The hat trick ranks among the fastest ever scored in both men’s and women’s professional football.

Real Madrid Femenino are second in the Primera Iberdrola table, eight points behind rivals Barcelona, who have two games in hand.

The team were officially formed last July, after the club acquired the Madrid-based CD Tacon.

Asllani, 31, scored the first goal in the side’s history in a 1-1 draw with Valencia in October.