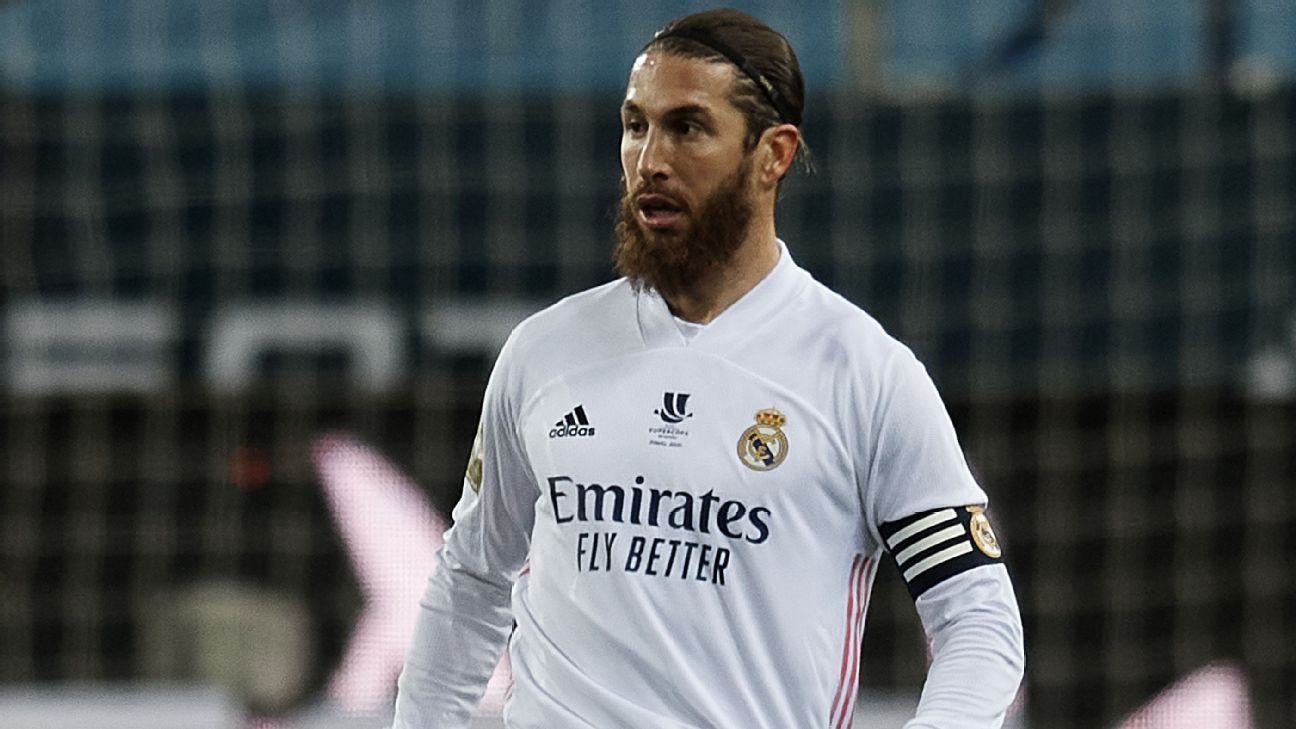 Real Madrid defender Sergio Ramos will undergo knee surgery this weekend, sources have confirmed to ESPN, and is expected to be out for at least six weeks.

The Madrid captain took the decision to repair the meniscus in his left knee on the recommendation of the club’s medical team and will certainly miss the Champions League round-of-16 first leg with Atalanta on Feb. 24 in Bergamo and most likely the return in the Spanish capital on March 16.

Ramos, 34, whose Real Madrid contract expires in June and is yet to agree terms on an extension, injured his knee early this season and has attempted to manage the issue until now.

He missed Madrid’s Spanish Supercopa match with Athletic Bilbao on Jan. 14, which saw the club eliminated at the semifinal stage, and was absent for their embarrassing Copa del Rey knockout by third-tier Alcoyano a week later.

Sources told ESPN that Ramos had wanted to avoid surgery, but the advice of Real Madrid’s doctors was now to take that step, and then hope for a full recovery as soon as possible.

As well as the clashes with Atalanta, a six-week absence would rule Ramos out of the La Liga matches with Huesca, Getafe, Valencia, Real Valladolid, Real Sociedad and the derby with Atletico, being a major doubt for the subsequent games with Elche and Celta Vigo.

There has been persistent speculation about Ramos’ long-term future at Real Madrid due to a lack of progress being made on his contract talks, with the player free to speak to other clubs since Jan. 1.

Madrid travel to Huesca on Saturday afternoon with a matchday squad made up of 17 players due to a series of injuries, the most notable being that of Eden Hazard, who is expected to be out for a month.