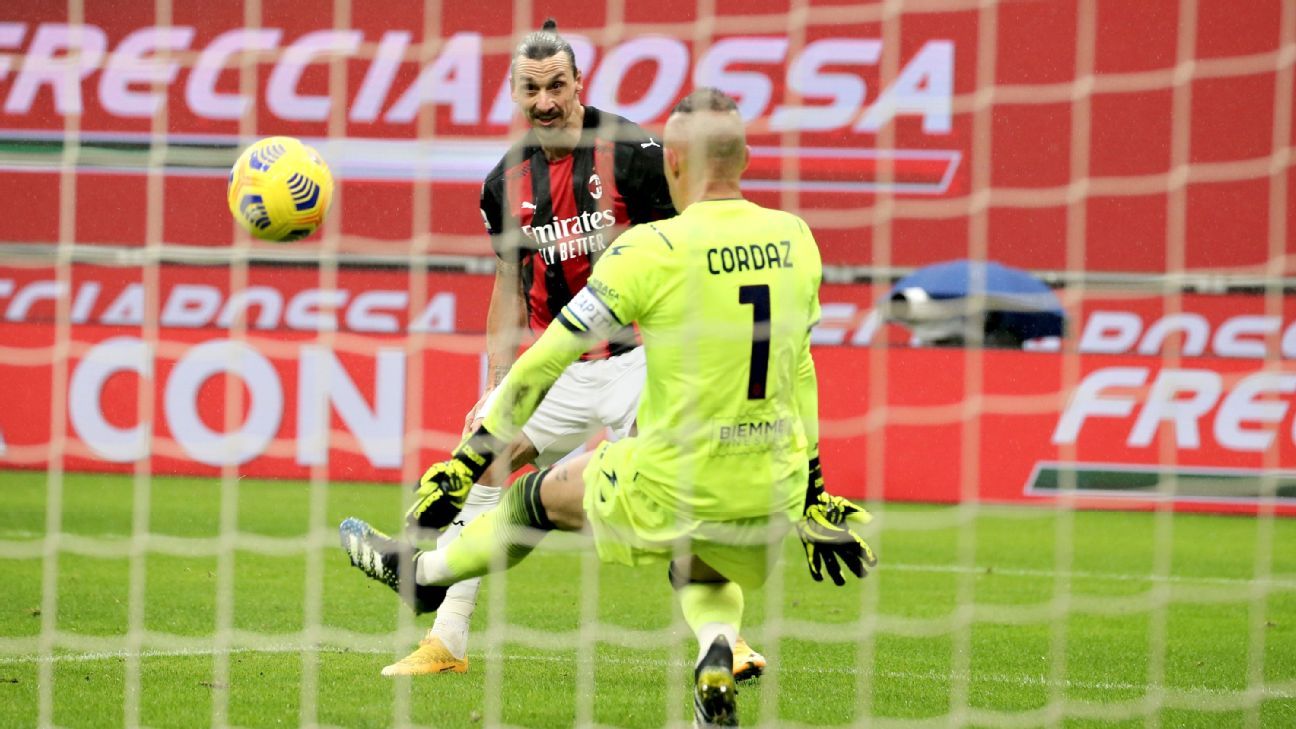 Zlatan Ibrahimovic scored the 500th club goal of his career and added a second as AC Milan reclaimed top spot in Serie A with a 4-0 win over bottom side Crotone on Sunday.

The 39-year-old Swedish striker fired a shot into the top corner in the first half to reach the landmark, more than 21 years after his first career goal for Swedish club Malmo in 1999.

Ibrahimovic tapped in his 14th goal in 11 league games after the break, and a double from Ante Rebic sealed a comfortable win for Stefano Pioli’s side.

Sources: Tottenham close to deal for Udogie
USMNT’s Hoppe signs for Middlesbrough
LaLiga 2022-23 preview: Will Barcelona topple Real Madrid? What to watch for ahead of new season
ESPN FC’s Fantasy Premier League: Which expert will reign supreme in 2022-23?
Pep: Man City to sign Gomez from Anderlecht