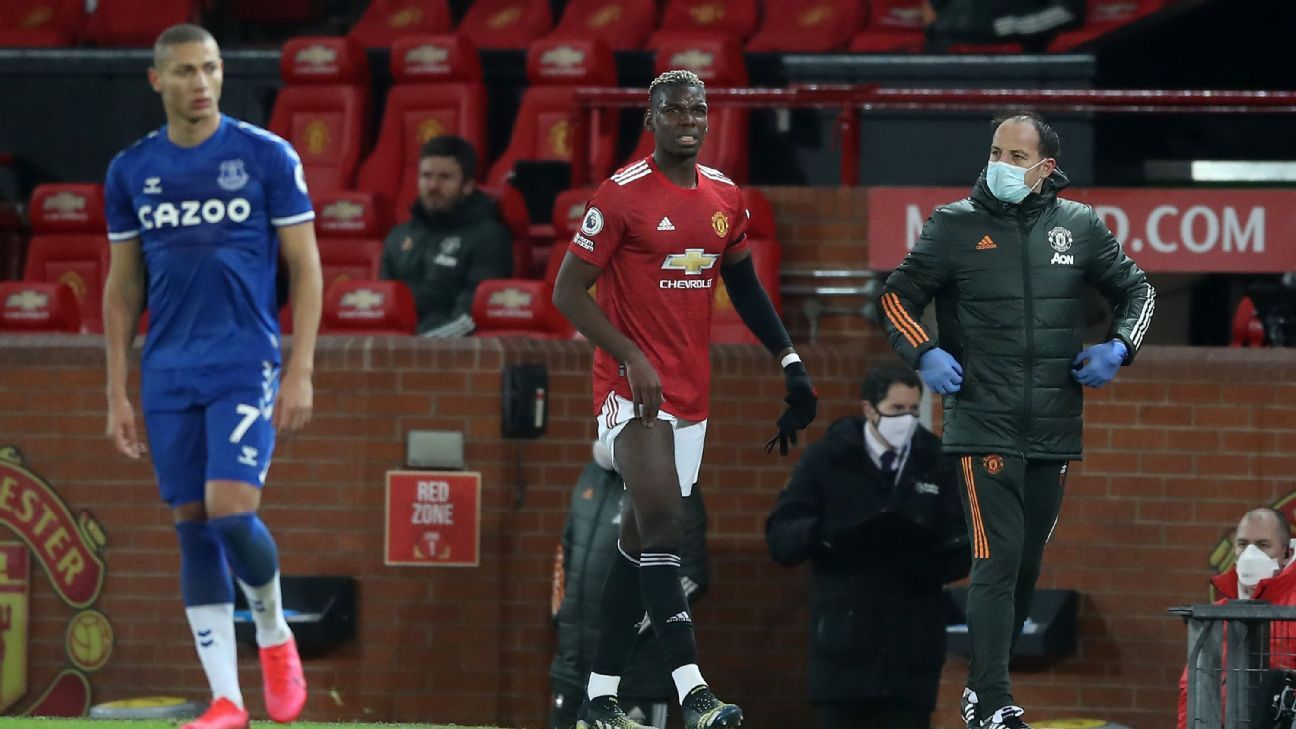 Manchester United midfielder Paul Pogba is set to be sidelined “for a few weeks,” according to manager Ole Gunnar Solskjaer, after picking up an injury in the 3-3 draw with Everton.

Pogba hobbled off at the end of the first half at Old Trafford on Saturday after suffering a thigh problem.

The France international underwent scans on Sunday and has been ruled out of Tuesday’s FA Cup tie with West Ham United.

“It’s an injury that will take a few weeks to heal,” Solskjaer told United’s in-house TV channel MUTV on Monday.

“He’s just started his recovery, working with the medical staff and we’ll get him back as soon and as safely as we can.

“Of course, Paul has been very important for us and we’re not going to take any risks. A few weeks [out] definitely.”

As well as West Ham’s visit, Pogba, who started 10 of United’s last 12 games, is also set to miss Sunday’s trip to West Bromwich Albion and the Europa League last-32 tie with Real Sociedad on Feb.18.

Solskjaer will hope to have the 27-year-old back for games against Chelsea on Feb. 28 and Manchester City on Mar. 6.

“You never want to be injured and, especially, now Paul was really finding his form and enjoying his football,” Solskjaer added.

“For us, we just have to take as many points and wins as possible, when you lose players. We’ve been very healthy and strong for a long period so we can’t moan too much.”