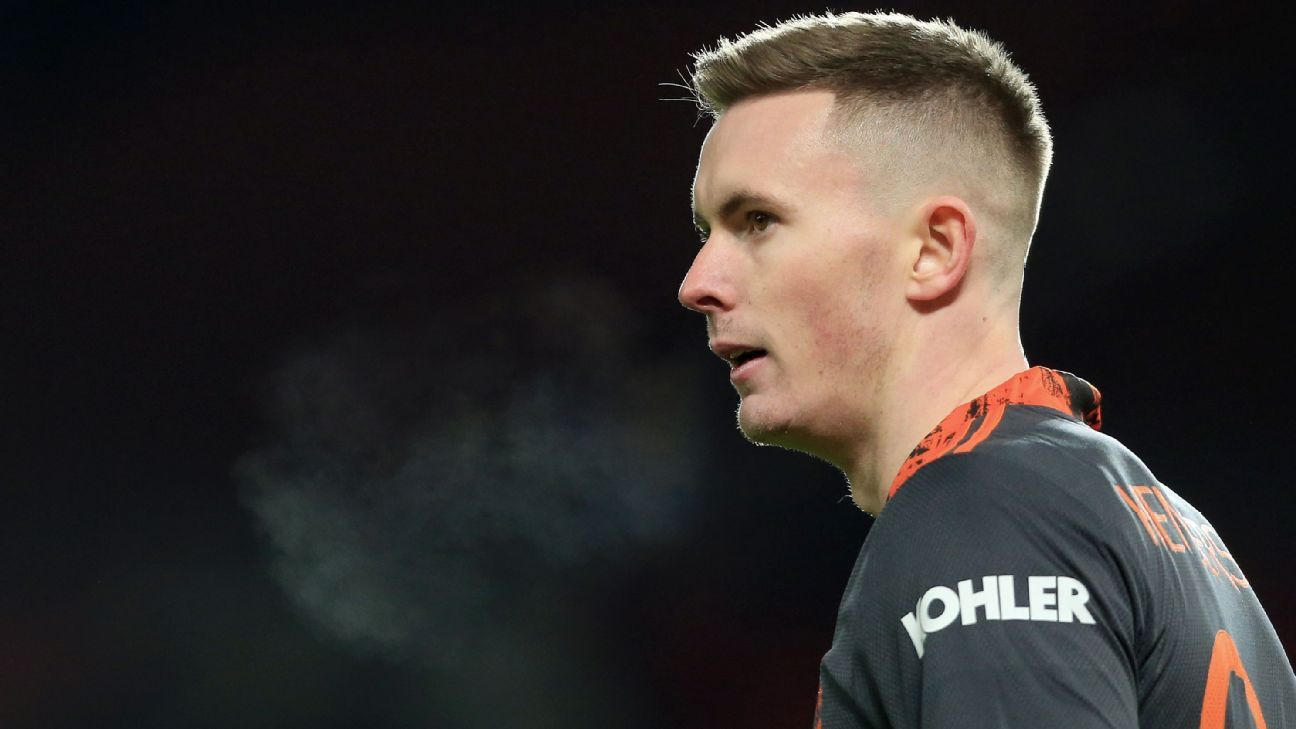 Henderson has made 10 appearances this season after spending two years on loan at Bramall Lane but has not been able to dislodge De Gea as No.1.

De Gea was at fault for Everton‘s first goal during the 3-3 draw at Old Trafford on Saturday and ahead of the FA Cup fifth round tie with West Ham on Tuesday, Solskjaer said the gap between his two goalkeepers is getting smaller.

“For me, [Henderson] has developed his game,” Solskjaer said.

“I know he’s not played as many games as he would’ve done last season — you see every game when he plays and in training you see his improvement, working hard on a couple of aspects that we’ve spoken about. And I’ve been impressed with his attitude and work rate.

Henderson, 23, has played in every domestic cup tie this season and will expect to start against West Ham.

After making just two starts in the Premier League this season — compared to 36 for Sheffield United last season — he will also hope to get the nod when the Europa League restarts with a two-legged tie against Real Sociedad.

“He’s played well when he’s got the chance,” Solskjaer added.

“He’s not the most patient guy — he wants to play every game because he knows he will perform well so long may it continue because he’s improved since he’s come here.”

The draw with Everton, combined with Manchester City‘s 4-1 win over Liverpool on Sunday, saw United slip five points behind Pep Guardiola’s side, who also have a game in hand.

Solskjaer is still looking for his first trophy since taking the reins at Old Trafford and the FA Cup and Europa League may present the opportunity with City looking in charge of the title race.

“A trophy is always what you’re aiming for,” Solskjaer said.

“It’s the ultimate challenge and a test for a team, to go all the way. We’ve improved, we’ve had a plan in place and I think the team is getting better and better. It’s a measure of how good a team is. To get to a final sometimes you’re lucky with the draw, but to win a final all the good teams have been beaten so that’s the next step for us in the development of this team.”