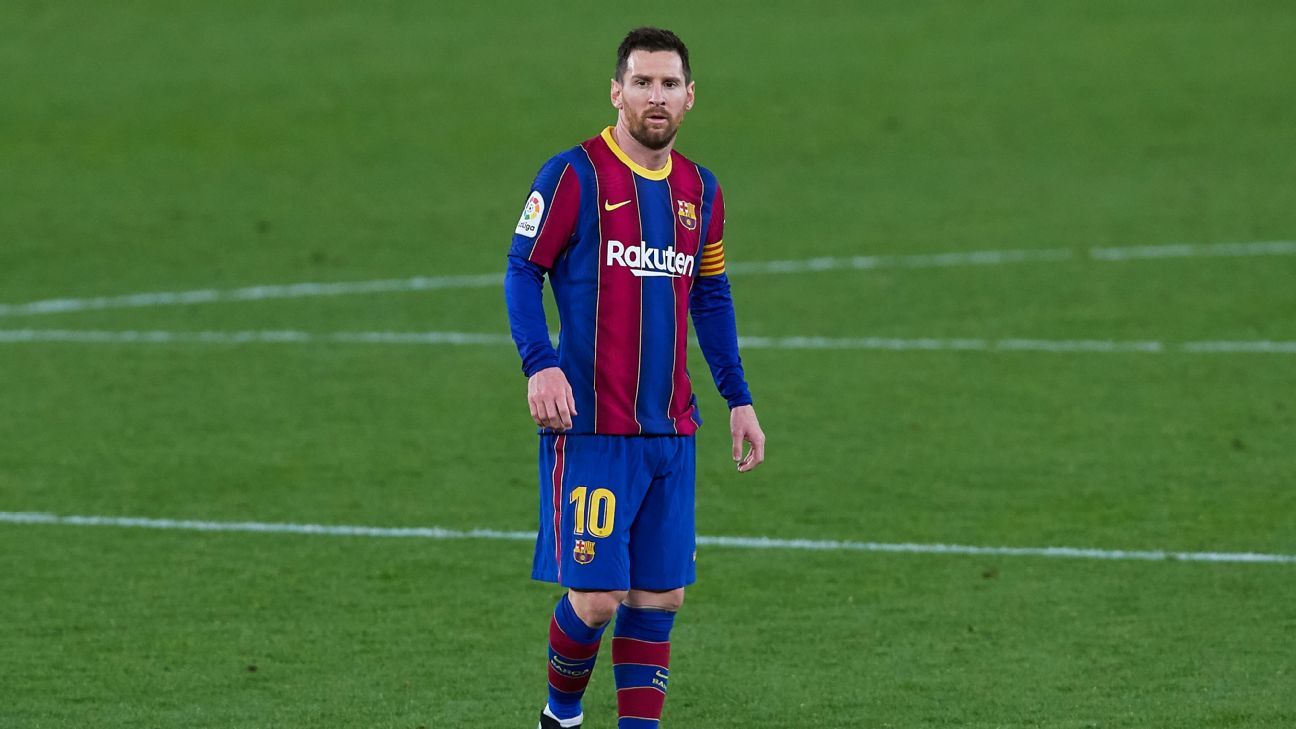 Manchester City have not given up on signing Lionel Messi on a free transfer this summer but will wait until March or April before sounding out the situation regarding the Barcelona forward, various sources have told ESPN.

Messi, 33, is out of contract in June and has been free to negotiate with other clubs since Jan. 1. City led the chase for the Argentina international last August when he asked Barca to let him leave but the Premier League leaders have kept a low profile in recent months.

In contrast, Paris Saint-Germain have been making a lot of noise about their desire to sign Messi at the end of the season.

City will bide their time and see how the situation develops, even if PSG have taken a different approach, an approach which sources at Barca have told ESPN is completely the wrong way to try and seduce Messi.

“PSG are making a mistake with the strategy they’re using,” one source said. “Leo doesn’t like all that noise in the media and even less the type of comments [which have been made].”

PSG’s sporting director Leonardo has confirmed the French champions are monitoring Messi’s situation, while coach Mauricio Pochettino and players Neymar and Angel Di Maria have publicly stated that they would welcome the Barca captain with open arms.

Di Maria even said there was a “big chance” of Messi signing for PSG — which led Barca coach Ronald Koeman to brand the French club “disrespectful” — but City will provide stiff competition if Messi does leave Camp Nou after 20 years in Catalonia.

Sources have told ESPN that City are still tracking Messi but have decided to adopt a less aggressive tactic in their pursuit of his signature.

They employed a similar strategy last year when they did a lot of the groundwork. Pep Guardiola spoke with Messi on the phone to sell him City’s project, while sources have also told ESPN that a few members of the club’s staff remain in regular contact with Messi’s people.

After working on what was considered a long-shot for several months, with no leaks, everything bubbled to the surface in the wake of Barca’s 8-2 defeat to Bayern Munich in the Champions League.

When it became clear Messi wanted to leave Barca, they made their move in August, with Messi sending a burofax to the Blaugrana asking them to let him go. City had done extensive work on the numbers involved in the deal — keeping in mind Messi’s most recent four-year contract at Barca netted him up to €555 million — and believed they could sign him while adhering to UEFA’s financial fair play rules.

Barca president at the time Josep Maria Bartomeu refused to let Messi go, though, pointing to his €700m release clause. Messi believed he could leave for free but backed down rather than taking the issue to court, ending City’s chances.

The situation is different this time with Messi into the final six months of his deal. However, Messi has insisted he will not make any decision about his future until the season is over and sources close to him have told ESPN that he is only focused on helping Barca end the season strongly.

Koeman’s side are in good form, unbeaten in 11 games in La Liga, and have a Copa del Rey semifinal against Sevilla and the first leg of their Champions League tie against PSG to come next week.

As well as success on the pitch, Messi’s future could also hinge on who comes in as the new Barca president, with the election penciled in for March 7. Messi will listen to the plans of the incoming president, with Joan Laporta, Victor Font and Toni Freixa the three candidates.