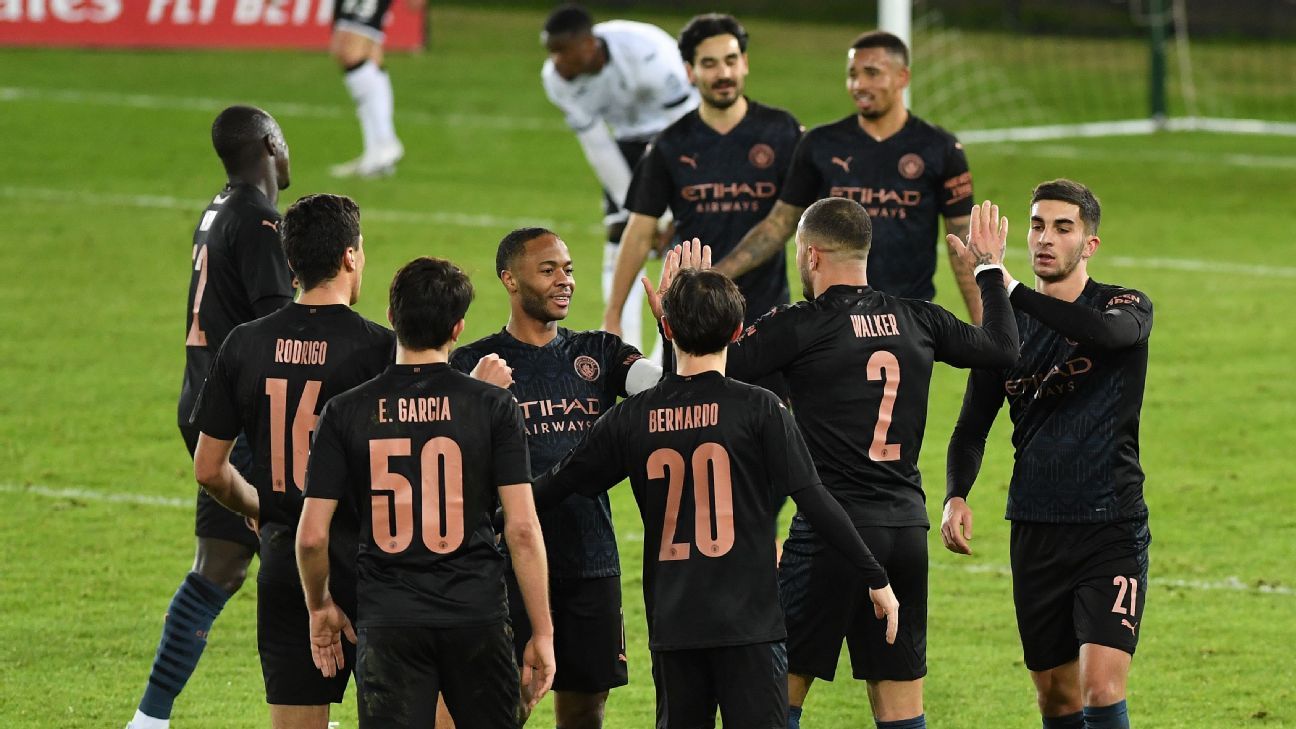 The streak is the longest of Pep Guardiola’s managerial career, with his side becoming the first English top-flight team to reach that mark. Two other teams, Preston in 1892 and Arsenal in 1987, were able to reach 14.

The match was also notable for observers of the United States men’s national team. Zack Steffen started in goal for City while Jordan Morris, on loan from Seattle Sounders FC, made his first Swansea start. Paul Arriola, also on loan at Swans from DC United, came off the bench as a second-half for his debut.

Kyle Walker, Raheem Sterling, and Gabriel Jesus all scored to give City a commanding lead before Morgan Whittaker pulled one back for the hosts.

Walker’s goal in the 30th minute came as a surprise as his cross into the box was just out of reach of Fernan Torres but was able to clip the back post and into the net.

Swansea came close to equalising moments afterward when Jay Fulton’s header sailed over the net, but weren’t able to muster much more in the first half.

City came out strong after the break as Sterling doubled the lead after he found space behind Swans’ backline for a simple finish.

Jesus smashed in City’s third in the 50th minute on a first-time volley from Bernardo Silva’s pass into the box.

Whittaker gave Swans a bit of a lifeline in the 77th minute when his low shot reached the corner of the net past a diving Steffen.