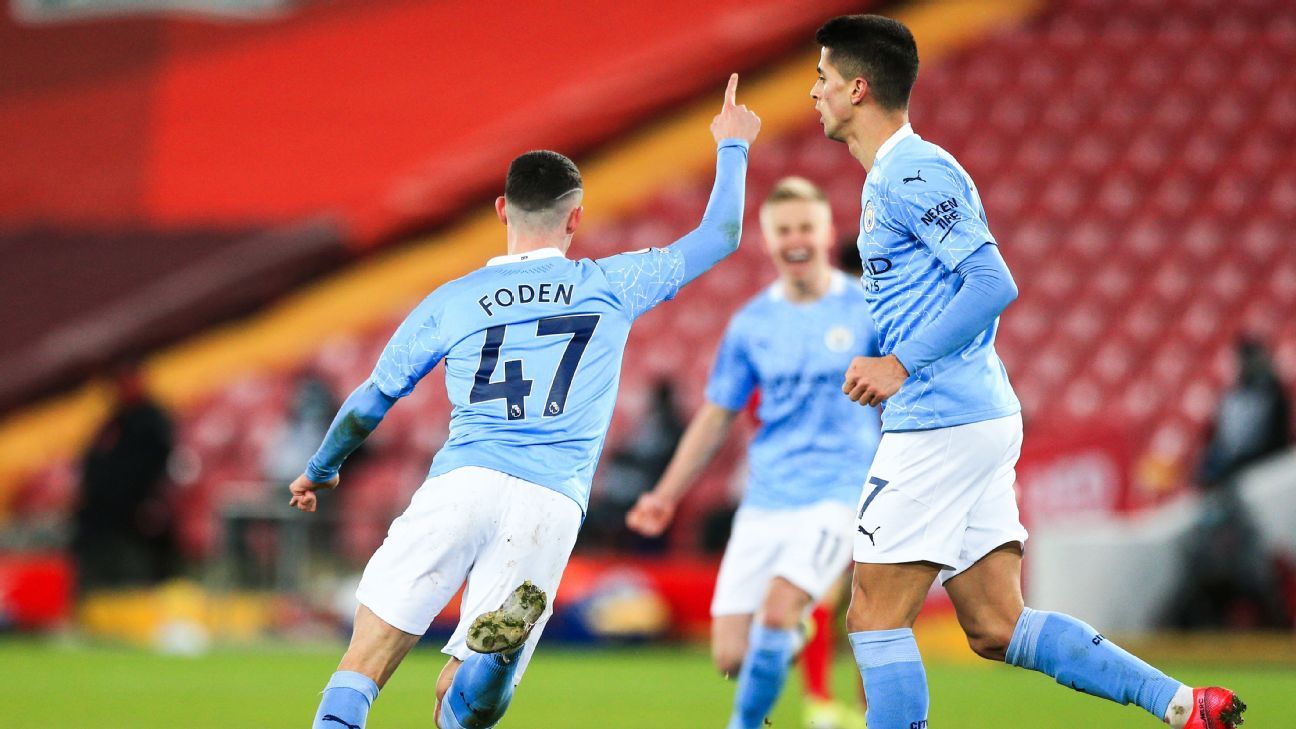 Pep Guardiola has warned Phil Foden that he is not guaranteed a place in the Manchester City team despite his heroics in the 4-1 win over Liverpool.

Foden provided a goal and an assist as City romped to a comfortable victory at Anfield and Guardiola says now the 20-year-old has set that high standard, the challenge is to replicate the performance every week.

“When I believe he can help us he will play, and if I feel someone else deserves to play then he’s not going to play,” said Guardiola. “He has to be calm and understand the tough periods are going to come. It depends if he’s humble with this and the love for the game, the expectations at that age, we’ll see if he can handle it.

“Now people will expect him to do exceptional things every game, this is the most difficult thing.”

Foden’s goal at Anfield made it 10 for the season in all competitions — already his best return for a single campaign. He’s also passed 100 appearances for City after making his debut as a 17-year-old in 2017.

“Arrive and being there with 100 games, yeah, it’s difficult, but what is important now is to do 100 more and 100 more at this level,” said Guardiola. “This is the toughest one. That is why the greatest players don’t play one great match in Anfield or play good games, they stay five years in a row being consistent and not being injured and playing, playing, playing. This is the next target of Phil. Playing as high as possible as long as possible.”

MLS beats Liga MX but All-Star Game a win for both leagues
Sanchez debuts in Marseille draw with Brest
Marsch: U.S. past helps Leeds handle U.K. heat
Who could be the next big breakout star in Europe?
Barcelona’s summer signings, issues explained: When can new stars play in LaLiga?