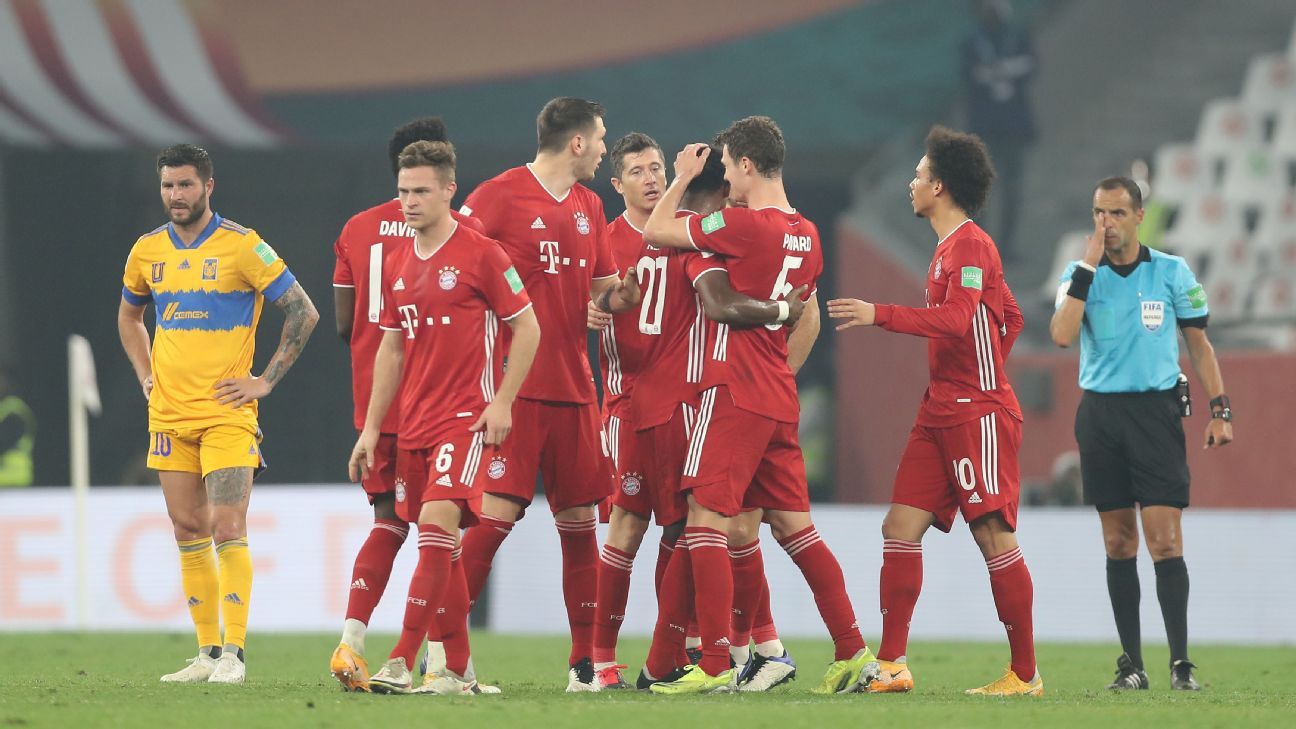 Bundesliga side Bayern Munich beat Liga MX’s Tigres to win the Club World Cup in Qatar on Thursday and secure their sixth trophy in the last 12 months.

Bayern looked to have scored in the 18th minute through a powerful Joshua Kimmich strike from outside the area, but VAR ruled that Robert Lewandowski obstructed Tigres keeper Nahuel Guzman from an offside position and the goal was chalked off.

Guzman was under constant pressure throughout the first half and saved shots from Benjamin Pavard and Alphonso Davies, while seeing Leroy Sane clatter a shot off his post as the first half finished scoreless.

Tigres continued to frustrate the UEFA Champions League holders in the second half, but Bayern found their opener on the hour mark when Guzman tipped a save into the path of Pavard to finish into an empty net and give his team the lead.

Bayern kept the pressure on after going ahead and left Tigres, winners of the CONCACAF Champions League, to struggle as they looked to find a way back into the match.

The victory gave Bayern and Hansi Flick their sixth trophy in the last calendar year, including the Bundesliga, the German Super Cup and the DFB Pokal, among others.

Premier League in 1992: The rebrand that changed everything
Sources: Casemiro set to decide on Man Utd bid
Conte: Lukaku needed Inter move to be a ‘king’
Van Dijk: Nunez must ‘control himself’ after red
Elon Musk jokes about buying Man United