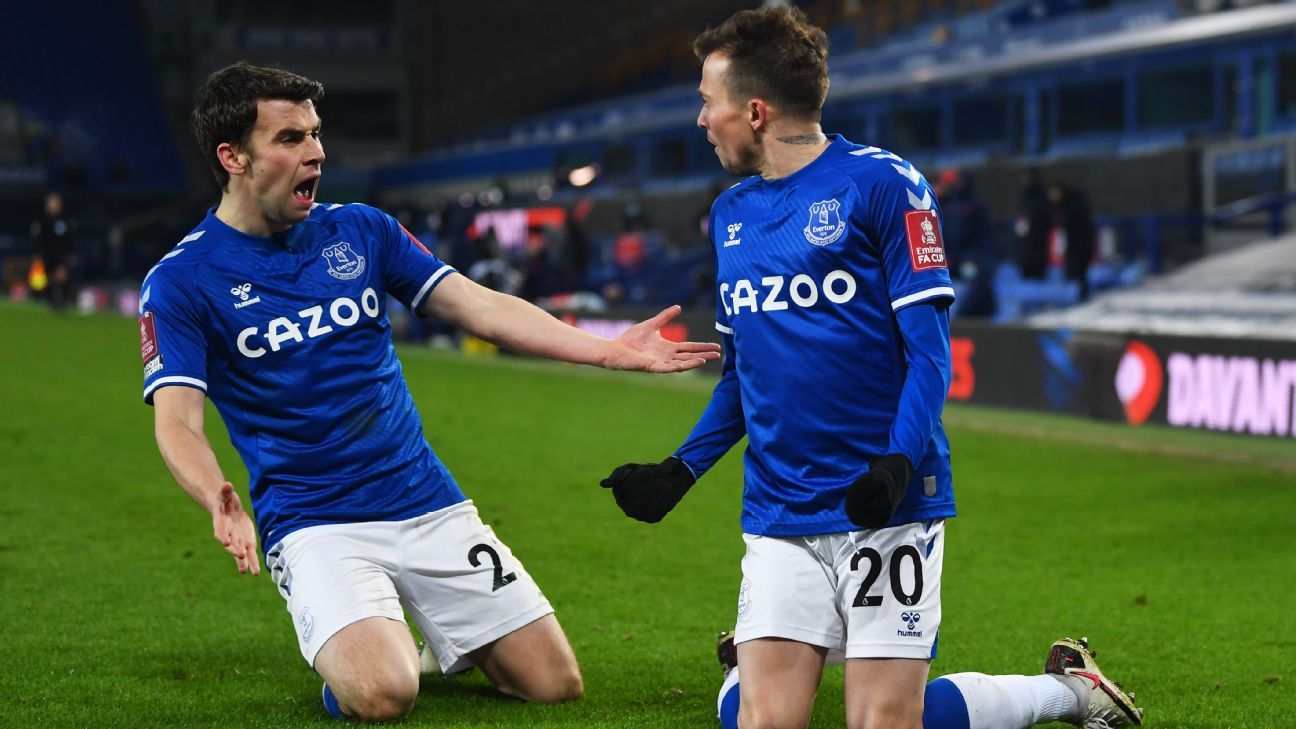 Everton sent Tottenham Hotspur packing from the FA Cup with an extra-time goal from Bernard on Wednesday night at Goodison Park to send his team through to the quarterfinals with a 5-4 win.

Tottenham opened the scoring and took a deserved lead inside of five minutes when Davinson Sanchez headed Son Heung Min’s corner past Robin Olsen in the Everton goal.

Everton hit back to go ahead in the span of several first-half minutes with a Dominic Calvert-Lewin goal and a Richarlison strike from outside of the penalty area that a diving Hugo Lloris could not reach.

Pierre-Emile Hojbjerg was then whistled for a penalty after tripping Calvert-Lewin in the area and Gylfi Sigurdsson stepped up and calmly sent Lloris the wrong way from the spot to put Everton up 3-1.

However, Spurs scored just before the break as Erik Lamela pounced on a Yerry Mina mistake and slotted a neat, left-footed shot past Olsen to trim the deficit for Jose Mourinho’s team to a single goal at half-time.

The back-and-forth match continued in the second half with Spurs drawing level at 3-3 before the hour mark through Sanchez’s second of the night when he redirected a saved header off Olsen’s mitt and tapped into the back of the net.

Richarlison fired Everton back in front with his second goal, beating Lloris at his far post with a screamer after Sigurdsson played him into the area with a clever little through ball.

Harry Kane, who had looked menacing all match, finally scored to put Tottenham back on level terms with a smashing header at the back post from a beautiful, whipped in cross from Son that set the teams on course for extra time.

Sigurdsson added to his assist tally in the first period of extra time with a lovely chip over Spurs’ defence and into the box that left Bernard time to settle, have a look at goal and fire an unstoppable volley past Lloris to give Everton the lead yet again.

Ancelotti and Everton will now await results from the final two matches of the FA Cup on Thursday to see who they will face in the quarterfinals.