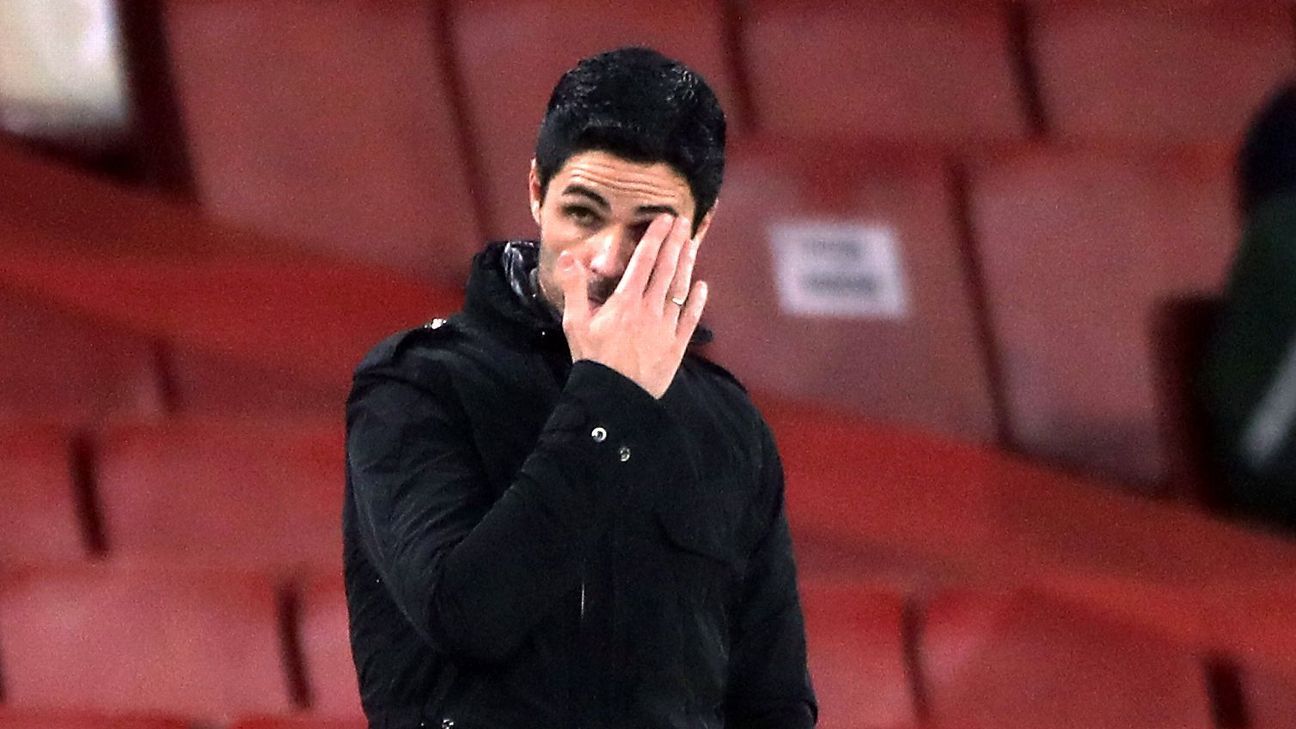 Arsenal manager Mikel Arteta has said that he and his family have been threatened on social media and repeated his call for companies to take lasting action in tackling abuse.

The Gunners declined to add any detail when asked by ESPN to provide further information but Arteta confirmed at a news conference to preview Sunday’s Premier League game against Leeds United that the club had attempted to deal with an incident.

“I’d prefer not to [speak about it] but I think we’re all exposed to that in this industry,” Arteta said.

“That’s why I’d prefer not to read [social media] because it would affect me personally much more the moment that somebody wants to touch my family. Because it happened, the club was aware of it and we tried to do something about it. That’s it. We have to live with it. It’s not going to stop tomorrow, we know that, but medium or long-term can we do something about it? That’s what I am pushing for.

“We are lucky enough as well that the club is very supportive. We do what we have to do when those things happen. My only purpose is just, it’s not going to happen tomorrow, but can we do something about it in the medium to long term to protect the people that are involved in the game, and maybe in other industries it happens in the same way.”