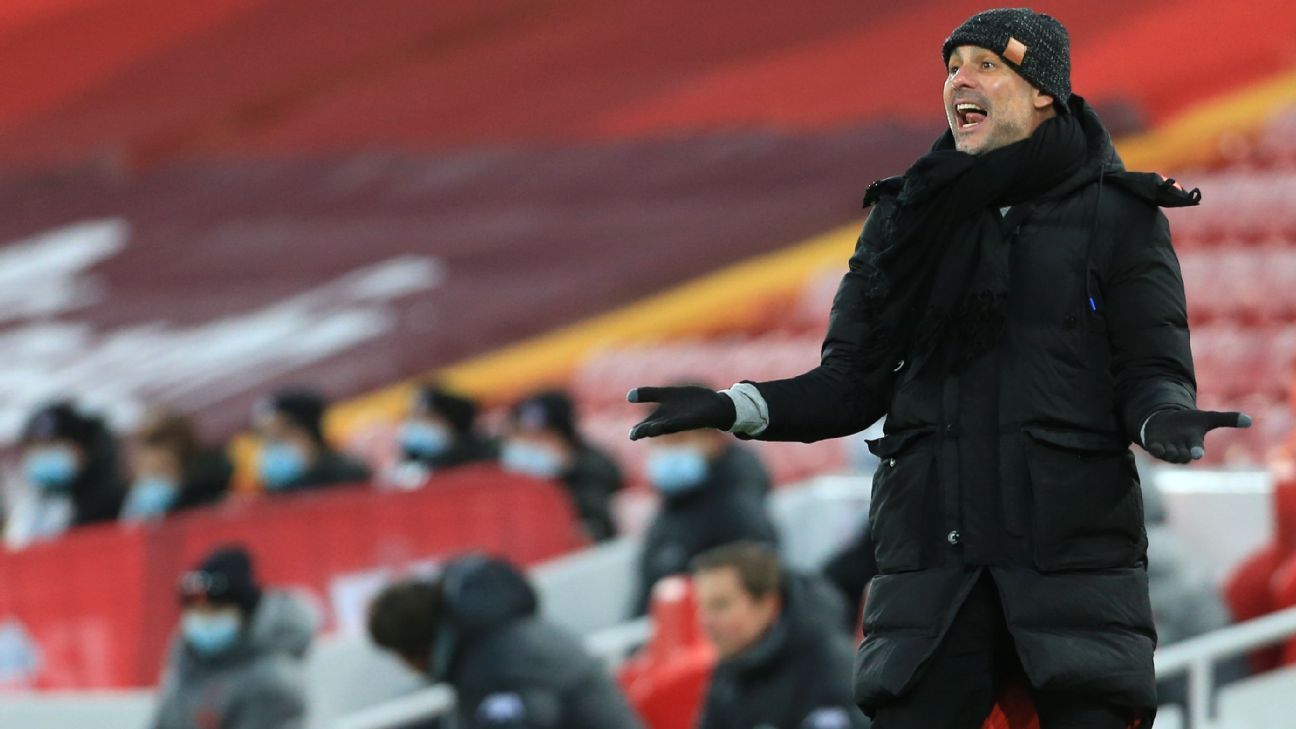 Manchester City coach Pep Guardiola has challenged FIFA Club World Cup winners Bayern Munich to take on his old Barcelona team from 2008-09 to determine which side is better.

Bayern beat Liga MX’s Tigres 1-0 on Thursday to become world champions and cement themselves in history alongside Barca as the only club to hold all six major available trophies on offer at the same time.

Hansi Flick’s side won the Bundesliga, DFB Pokal and Champions League at the end of last season, adding the German Super Cup, European Super Cup and the Club World Cup in this campaign.

Guardiola’s Barca recorded the same feat in 2009, albeit with the Spanish equivalents, becoming the only team at the time to ever hold all six trophies and still — due to the coronavirus-affected schedule — the only side to win all six in the same calendar year.

“Congratulations to all the Bayern family for their incredible success of winning six titles,” Guardiola, who managed the German club before joining City in 2016, said in a message on social media.

“I am very proud. But I would like to say to Hansi that you are the second team to win six titles in a row. Before it was another team, it was Barcelona, so maybe I can call [Lione] Messi and company and we can play for the seventh title. Tell me when and where and we will be there!”

Messi scored the winner in the 2009 Club World Cup final as Barca made history with a team that also included Thierry Henry, Zlatan Ibrahimovic and Dani Alves.

Three members of that team are still at Camp Nou — Messi, Gerard Pique and Sergio Busquets — although many others have since retired.

City maintain hope of signing Messi and reuniting him with Guardiola when his contract expires in the summer.

Sources have told ESPN that they will wait until March or April before making their move after coming close to signing him last August, only for Barca to refuse his request to leave.

City could go one better than Bayern and Barca in theory, due to the extra trophy on offer in England. They remain in the League Cup and the FA Cup this season and are top of the league.

In addition, they are still in the Champions League, so could potentially win a quadruple, with three more trophies on offer next season if that came to pass.

100 days to 2022 World Cup: Why your team will (and won’t) win in Qatar
Sources: ‘Horrified’ Ten Hag cancels Utd day off
Barca held to 0-0 draw by Rayo in LaLiga opener
Arteta: I hope Chelsea welcome Auba if he joins
Glass half empty? Man Utd told Ten Hag to lower hopes for the season