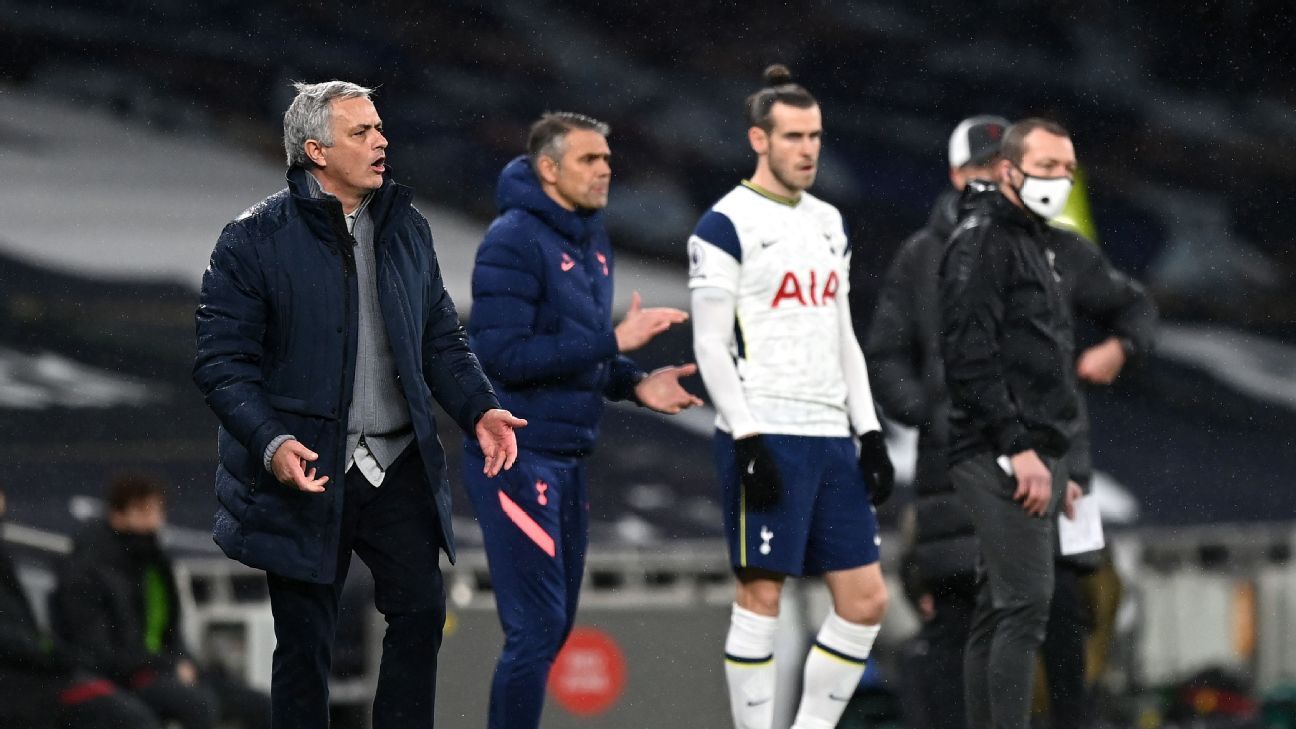 Tottenham boss Jose Mourinho has taken aim at Gareth Bale over an Instagram post which appeared to indicate the winger was fit and available by insisting it was “totally wrong” and “contradicted reality.”

Mourinho has used the 31-year-old sparingly when he has been available and Bale seemed to suggest he was ready to take part in Wednesday’s FA Cup fifth-round defeat at Everton, by posting on Monday that he had enjoyed a “good session today” underneath a picture of him training.

However, speaking at a news conference on Friday ahead of Spurs’ weekend trip to Manchester City, Mourinho said: “I hope the press conference is about the game and not about individuals but I have to admit his post created a need of being addressed because there was a contradiction between the post and reality.

“Since the beginning of the season, in relation to everything I try to be very private and keep everything indoors. But I felt that I need to address the situation, you know. Probably the post was not even his responsibility, I don’t know.

“But the post was showing that training session was great so I’m ready but it was totally wrong. So when I was questioned I had to say the reality of the things which I repeat for the last time and I hope there are no more questions about it because the situation was exactly the way I told.

“He was not feeling good, he asked for a scan, the scan didn’t show an injury but his feelings were still there and sports science people, medical, coaches can never go against feelings because the players feelings are more important than all of us.

On Saturday, Mourinho will face Pep Guardiola for the 25th time in his career, having won seven times and lost 11, but the Spurs head coach revealed a softer side to a rivalry which has often turned fractious.

The pair worked together at Barcelona when Guardiola was a player and Mourinho a coach around the turn of the Millennium.

They later faced each other as managers in Spain with Guardiola at Barcelona and Mourinho at Real Madrid before the Spaniard came to England to manage City in 2016, since when Mourinho took charge of Manchester United and subsequently Spurs.

“But with Pep, I keep the three years where we were together, we see each other every day, we celebrate together the titles that we won. We didn’t cry but we were disappointed together when we lost something important. Great periods of our lives, him as a player and myself as a young assistant. That’s of course, what I keep.

“There are moments in life where we don’t forget things. One of the things I don’t forget was when my father died [in 2017]. He knew how important my dad was to me so he had a call.

“By the way, today would be my dad’s birthday. He would be 83 today. And of course when his mum died [in April last year], I reply the same way.

“There are things that people don’t see. We don’t need to share. I am sharing because I have now the opportunity but I only have good memories of him when we worked together.”