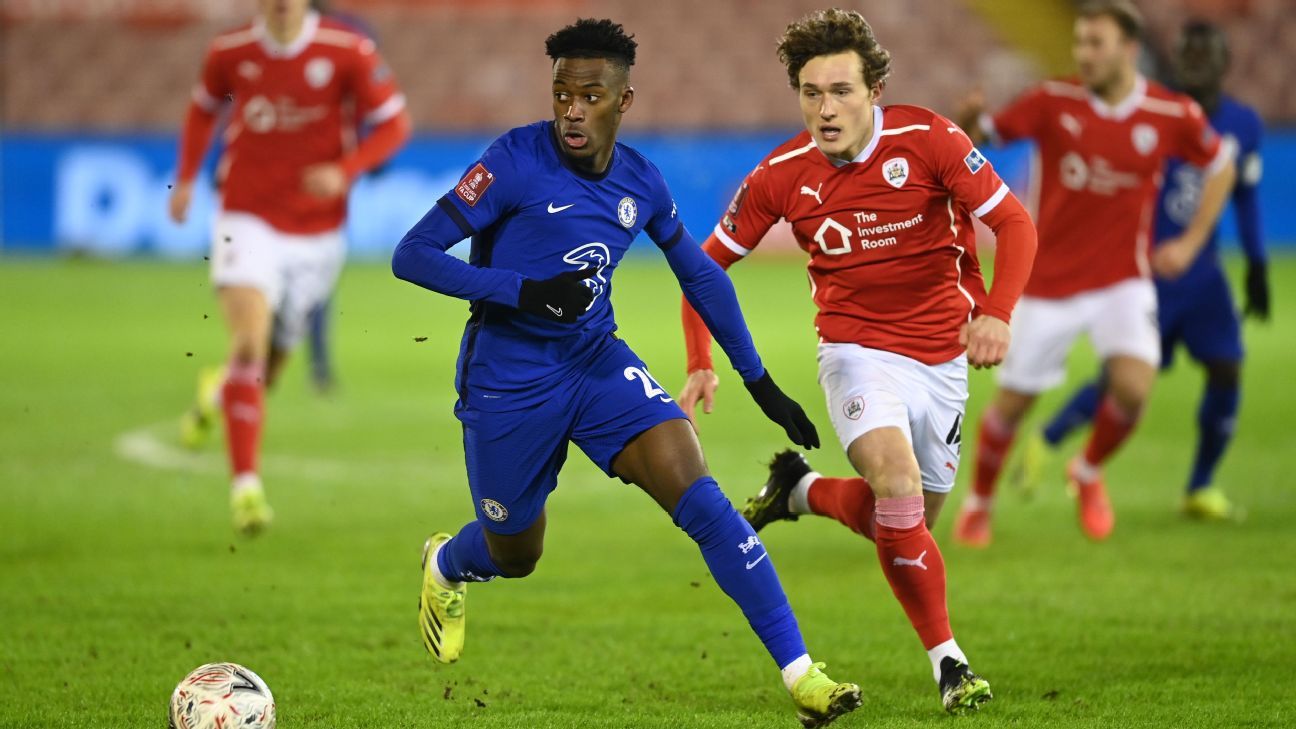 Chelsea manager Thomas Tuchel said his team didn’t show enough courage in their narrow 1-0 win over Barnsley in the FA Cup on Thursday.

A Tammy Abraham goal in the 64th minute was the difference at Oakwell, with the striker also making a critical clearance to secure a matchup with Sheffield United in the quarterfinals.

– Ogden: Pulisic’s performance did little to convince Tuchel of his worth
– FA Cup on ESPN+: Stream LIVE games and replays (U.S. only)
– Stream ESPN FC Daily on ESPN+ (U.S. only)

After a dire first half, Tuchel took off Marcos Alonso and Andreas Christensen to give the Blues a new look, and said after the match that his side was capable of showing more than they had.

“We changed to a back four and took Marcos out for this tactical change. Andreas had to go out because he had a headache. The changes made it a little easier to get into the opponent’s half and overcome the first press,” Tuchel told the BBC after the game.

“We did it well at the start of the second half and played constantly in the opponent’s half.

“We scored the goal and I had the feeling that they increased the risk but we stepped down in the little decisions. Not enough courage and it was too deep for a long, long time.

“We clearly can play better, so yes I expected more but not in terms that I am frustrated.

“If you lack a rhythm and a bit of self-confidence and you have to show on this pitch, against an opponent that takes all the risk and plays the game of his life, that is not easy. We can do better but I don’t want to be too hard on the players.”

Tuchel has yet to lose in five matches since taking charge of Chelsea, winning his last four. Looking ahead, the former Paris Saint-Germain boss admitted Chelsea’s quarterfinal tie with Sheffield United will be a “tough one.”

“They are a very physical team that presses high. They are organised but I am happy to have a home game. This is what we wanted,” he said.

Which players may need to find new clubs ahead of World Cup?
Sanchez debuts in Marseille draw with Brest
Riqui Puig: MLS to be hub for world’s young stars
Lewandowski’s watch stolen before Barca training
Man United hit new low after a dismal loss against a brilliant Brentford