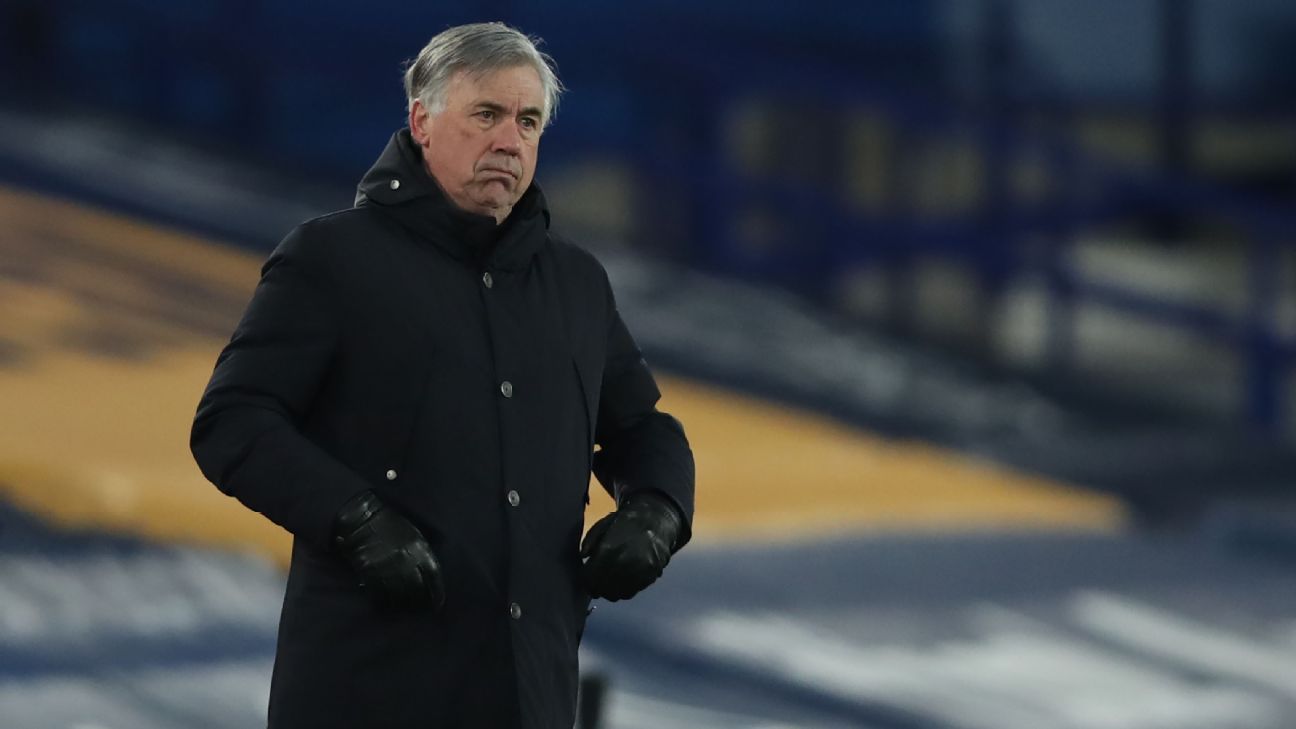 Everton boss Carlo Ancelotti had a safe stolen from his house during a burglary on Friday.

The Times is reporting that two men wearing black balaclavas and waterproof clothing broke into the house but ran away when Ancelottii’s daughter disturbed them.

No one was hurt during the robbery and Ancelotti was not at home.

“We are appealing for information after a safe was stolen in a burglary in Crosby on Friday evening [Feb. 12],” a Merseyside Police statement said.

“We were called at 6.35pm to a report two males had entered a property on Hall Road East at around 6.30pm.

“The offenders were described as wearing black waterproof clothing, possibly with white writing on, and black balaclavas.

“The occupants of the house were unharmed. Officers attended and enquiries into the incident are ongoing.

“The property will be forensically examined and CCTV opportunities are being explored.”