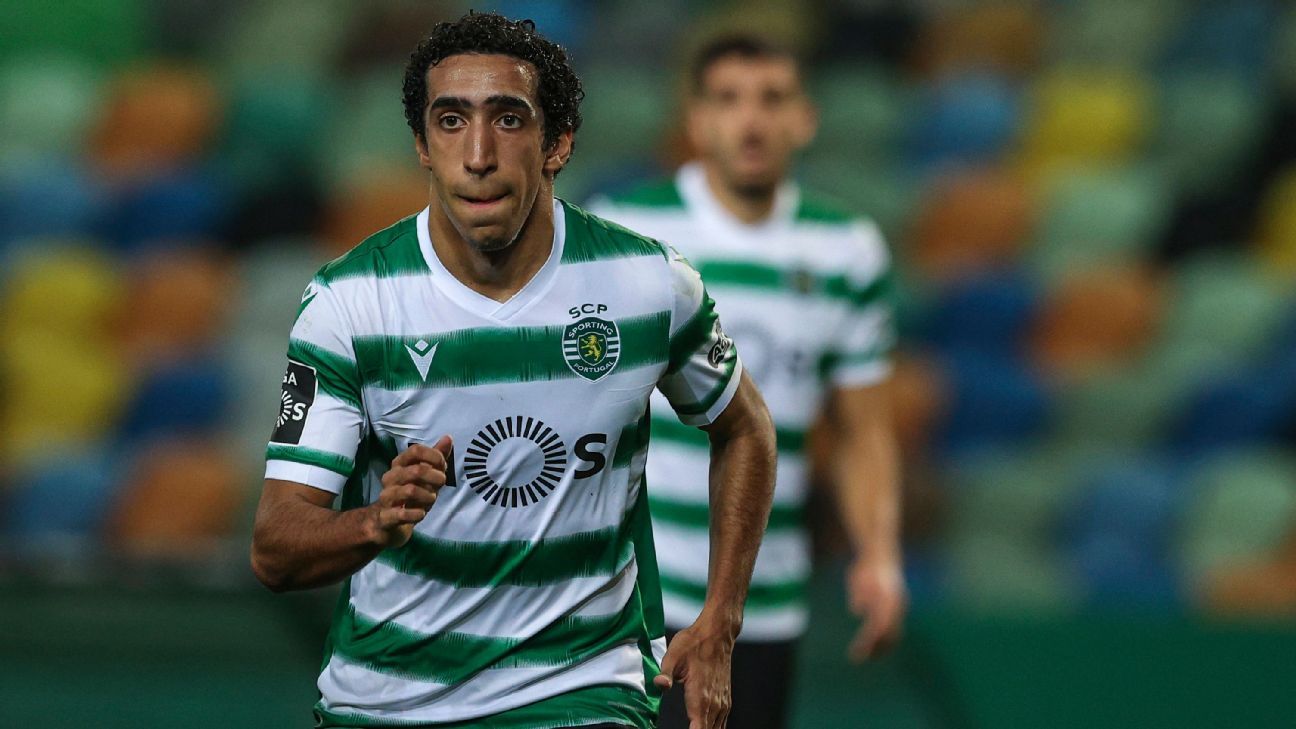 Arsenal are attempting to get their summer business started early and the Sun suggests they’re close to finalising a deal for Sporting Lisbon striker Tiago Tomas.

Gunners Technical director Edu has been in contact with Hugo Viana, his Sporting counterpart, and the Portuguese club could be willing to let the 18-year-old go for £20 million.

Arsenal were said to have been impressed by Tomas during his performance for Sporting against Benfica earlier this month, and they don’t want to miss out on a player they believe is a huge star of the future.

Tomas signed a five-year deal at Sporting in June 2020 with a release clause of £52m. However, with the current economic climate, the report says that Arsenal think Sporting will agree to the lower fee.

Tomas has spent six years in Sporting’s academy and, since making his debut in July, he has found the net once in a Europa League match against Aberdeen.

Angelino has tonight triggered a clause that will see him move to RB Leipzig on a permanent basis, reports the Daily Mail.

Angelino featured in the side’s 2-1 win over Augsburg, his 12th match of the campaign and the permanent move would see the German side now obligated to pay Manchester City £16m. The 24-year old joined Leipzig from Manchester City on loan, though it was stipulated they would sign him on a permanent basis should he play 12 matches.

The Spaniard has been omnipresent for Julien Nagalsmann’s side, who face Liverpool next week in the Champions League.

City have the option to resign Angelino for £35m in the future.

PSG stepping up efforts for Donnarumma

Following earlier reports that agent Mino Raiola wants his client Gianluigi Donnarumma to be the second-highest paid goalkeeper in the world behind David de Gea, Gazzetta dello Sport believes Paris Saint-Germain are stepping up efforts to sign him.

Indeed, PSG sporting director Leonardo knows Donnarumma well from his time at the San Siro and he has long courted the Rossoneri goalkeeper.

Milan turned down an offer of €20m in 2019, but Leonardo is determined to land his man. Donnarumma is out of contract at the end of this season, which means he’s allowed to negotiate with clubs outside of Italy now, which gives the Parisiens hope they can tempt him away from the Italian fashion capital.

Milan are said to be offering the stopper €7.5m a year in a new long-term contract, but Raiola is keen to secure nearer €10m on a shorter deal.

If that was the case, he would sit alongside Jan Oblak as the second-highest paid goalkeeper in world football.

– AS Roma are looking to strengthen in the goalkeeping department and Sport Mediaset reports they’re considering Juan Musso from Udinese as a replacement for Pau Lopez, with Pierluigi Gollini of Atalanta their second choice. Roma play Udinese on Sunday, which gives Giallorossi boss Tiago Pinto the perfect chance to get a close look at his top target.

– AC Milan are looking to freshen up their right-hand side this summer and, as well as Florian Thauvin from Marseille, the Rossoneri are targeting Emerson Royal from Barcelona, says Calciomercato. Royal is currently on loan at Real Betis and playing well, and he is set to return to Camp Nou at the end of the season. It is not yet clear whether Ronald Koeman plans to keep him, but any move by Milan could depend on whether or not they sign Diogo Dalot from Manchester United.

– MLS side Orlando City seemed to tease the signing of ex-AC Milan striker Alexandre Pato. Orlando posted an silhouette image of a rubber duckie (‘pato’ is Portuguese for duck) on Friday, after having been linked with the ex-Brazil international in the past.