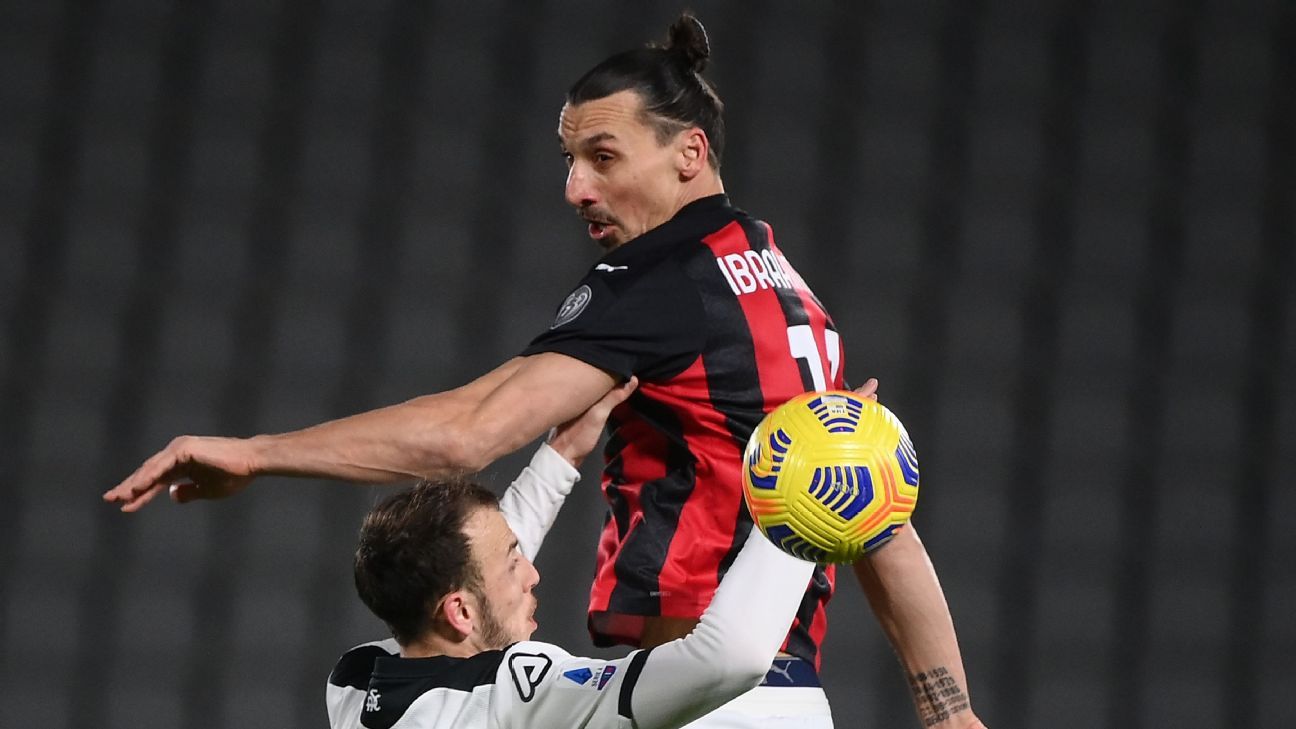 Spezia felled another Serie A giant as they shocked league leaders AC Milan with a dominant display in a 2-0 victory on Saturday.

Having already beaten AS Roma in the Coppa Italia and Napoli in the league since the turn of the year, Spezia, making their Serie A debut this season, scored twice through Giulio Maggiore and Simone Bastoni, both in the second half, to seal a surprise success.

Milan never got going and finished the match without having had a shot on target, while being completely outplayed by their opponents.

Spezia saw out the win with ease to move up to 14th in the standings on 24 points, with Milan facing the prospect of losing top spot to rivals Inter Milan, should Antonio Conte’s side beat Lazio on Sunday.

“I would never have imagined scoring against Milan, not even in my dreams,” Bastoni told DAZN.

“We played a perfect match. If we continue to play so well we can have more days like this.”

It has been quite the week for Spezia, who were taken over by an American consortium on Thursday, and celebrated by putting Milan to the sword.

Milan were off colour in the first half, with Zlatan Ibrahimovic cutting a frustrated figure at the service he was getting, and even with five second-half substitutions, chances remained few and far between for the visitors after the break.

Captain Maggiore finished off a fine move to give the hosts a deserved lead in the 56th minute, before Bastoni arrowed a fantastic second into the top corner 11 minutes later to spark jubilant scenes on the home bench.

Spezia have now picked up more Serie A points against sides currently in the top half of the table (13) than against teams in the bottom half.

For Milan, looking for their first Scudetto in a decade, the pressure is now on for them to respond in next weekend’s crucial Milan derby clash at the San Siro.