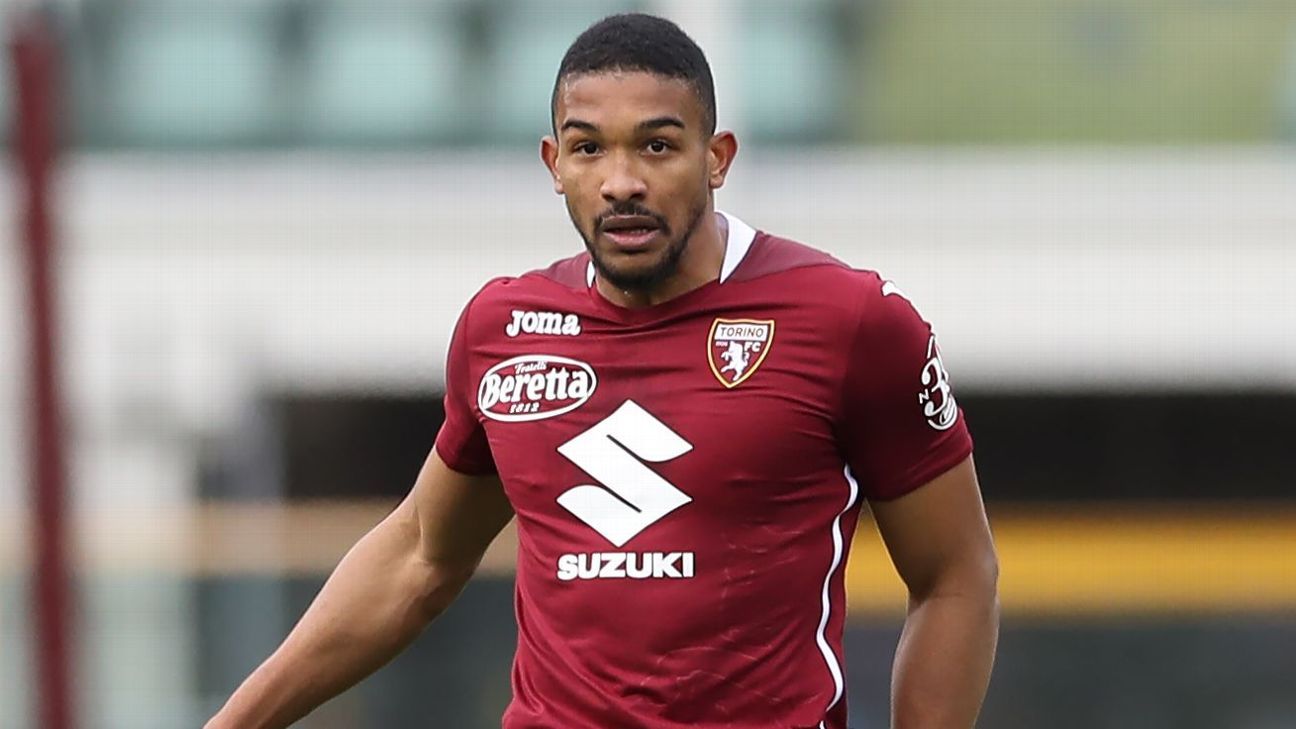 The transfer window might have slammed shut, but that doesn’t mean the rumour mill has shut down! Speculation over summer moves is heating up, so check out the latest gossip below, and see all official deals here.

Liverpool have identified Torino centre-back Bremer as the long-term solution to their defensive woes, the Sunday Mirror reports.

Jurgen Klopp was moved to concede that the Premier League champions’ title defence is over after they collapsed to a 3-1 defeat at Leicester on Saturday, their third consecutive loss in the competition.

January signing Ozan Kabak made his debut in that match, but his mix-up with goalkeeper Alisson led to Jamie Vardy scoring into an empty net to put the Foxes 2-1 up.

Kabak was drafted in as cover for injuries to Virgil van Dijk, Joe Gomez and Fabinho, while fellow January signing Ben Davies was also ruled out shortly before the match at the King Power Stadium.

The Sunday Mirror reports that Bremer, 23, fits the profile that Liverpool are looking for as an addition to the squad. The Brazilian, who has scored six goals in 50 Serie A appearances for Torino, plays on the left side of central defence, making him an ideal partner for Van Dijk.

The 17-year-old forward’s representatives fielded enquiries from some of Europe’s biggest clubs before the player agreed professional terms with United on Monday.

Shoretire was convinced to commit his long-term future after conversations with manager Ole Gunnar Solskjaer and head of first team development Nicky Butt, who highlighted the progress of fellow academy graduate Mason Greenwood under his watch.

Shoretire, who has scored five goals for the Under-23s this season, has started training with the first-team and has been earmarked for a senior debut in the next 18 months.

Plans to hand youngsters experience in the Europa League this season have been complicated by strict coronavirus protocols that prevent players from different bubbles mixing easily, with United’s first-leg clash against Real Sociedad in the Europa League round of 32 moved from Spain to Juventus’ Allianz Arena.

The French press would have you believe that Lionel Messi to Paris Saint-Germain is a done deal if the Argentinian can be tempted away from Camp Nou, but Sport believes he could be keen on a move to David Beckham’s Inter Miami CF instead.

Sport base this argument on Messi sending a signed shirt to Marcelo Claure, one of Inter Miami’s owners. Claure responded with thanks on Instagram, adding: “I am sure our paths will cross.”

Of course, this could be a case of Sport putting two and two together and coming up with five, but Messi has already revealed in a separate interview that MLS is an attractive proposition for the future.

Messi’s contract at Barca expires on June 30, and Inter Miami may hope he fancies a change of scenery and head to the U.S., rather than move across Europe to either PSG or Manchester City, or even stay in Catalonia.

Manchester United are desperate to partner Harry Maguire with Sevilla FC defender Jules Kounde next season, but they face stiff competition from Barcelona and Real Madrid, according to the Sun.

Ole Gunnar Solskjaer isn’t convinced by the long-term potential of either Victor Lindelof or Eric Bailly and is on the hunt for a top-level centre-back.

Twenty-two-year-old Kounde has emerged as a top target for the Reds, particularly given Solskjaer missed out on the signing of Dayot Upamecano, who will join Bayern Munich in the summer.

Sevilla value Kounde at around £60 million after a superb season in La Liga after having joined from Bordeaux in 2019. He has played 63 matches in that time, and last year won the Europa League.

Not surprisingly, Barcelona and Real Madrid are also keen on Kounde, who is emerging as one of Europe’s most sought-after players.

Mauricio Pochettino is in constant contact with Hugo Lloris and is lining up a big summer move for the Frenchman, according to Football Insider.

Ever since leaving Tottenham Hotspur, Paris Saint-Germain boss Pochettino has stayed in regular contact with his former keeper and now, with Lloris coming towards the last year of his contract, Pochettino is hoping to tempt him to the French capital.

The Argentine boss is keen to hand the 34-year-old keeper a starring role at the Parc des Princes. The two had a close relationship while at Spurs and Pochettino is hoping Tottenham’s poor form under Jose Mourinho might further help his cause to land the Spurs skipper.

Lloris has been in poor form in the past seven days, first in the FA Cup against Everton and again against Manchester City this weekend, and he may just fancy a new start under his old mentor.

– Fabrizio Romano is reporting that Tottenham Hotspur haven’t been impressed with Gareth Bale since his move from Real Madrid, and that Bale’s parent club will look to sell the Welshman when he returns from London as expected at the end of the season. Both Bale and Isco face the exit door, says Romano. Isco has been in and out of the side this season and recently faced criticism for taking his time getting ready to come on as a substitute. Madrid are hoping to free up their wage bill this summer, and the departures of both Bale and Isco would help them.

– While Chelsea were one of many clubs keen on signing Dayot Upamecano, they’re now turning their attentions to his teammate Ibrahima Konate, according to the Sun. The 21-year-old defender has made 75 appearances for the Bundesliga side and has 11 Under-21 caps for France. Chelsea aren’t alone in their admiration, though, with Manchester United among the other clubs looking at him as an option this summer.