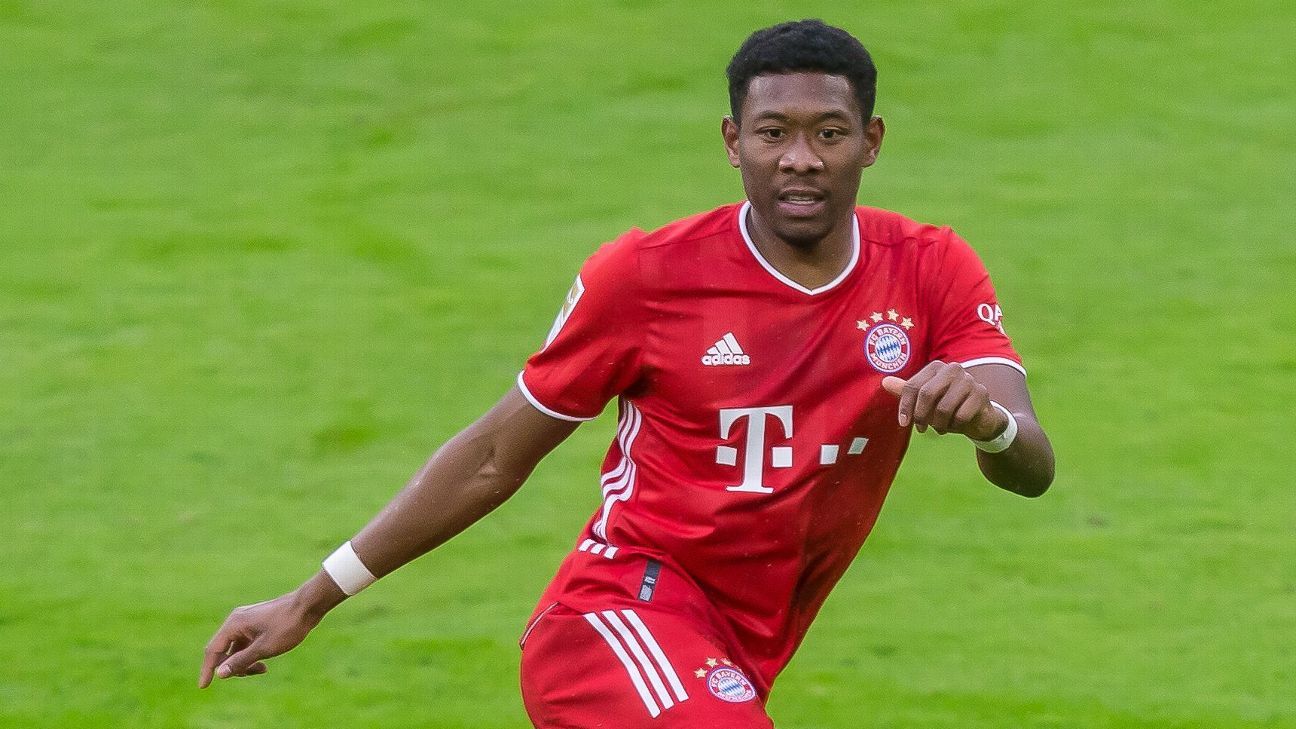 David Alaba will leave Bayern Munich on a free transfer at the end of the 2020-21 season, he confirmed on Tuesday.

Alaba, who has won nine Bundesliga titles and two Champions Leagues during his time at Bayern, has been linked with Real Madrid, Manchester City, Liverpool and Chelsea but has not revealed his next move.

– Klinsmann: Bayern the team to beat in Champions League
– Karlsen: What Bayern get from Dayot Upamecano
– Stream new episodes of ESPN FC Monday-Friday on ESPN+
– Stream Bundesliga all season long on ESPN+

“I have made the decision to try something new after this season and to leave the club. It was a difficult decision. I have been here for 13 years. I made so many memories here,” Alaba said.

“I have not decided what is next for me. I decided to seek a new challenge. That’s why it took time.

“I have five, six, seven years left in my career. That’s why I decided to try something new.

“It’s no secret my management is in touch with several clubs. I will focus on my task here and will remain in contact with my management.”

His final days at the club have been overshadowed by his contract situation with Bayern withdrawing their contract offer in the autumn shortly after former club president Uli Hoeness accused Alaba’s agent Pini Zahavi of being “a money-grabbing piranha.”

Bayern later said that the door was still open, but the 28-year-old had already decided on a move from the Allianz Arena.

Alaba, who also won six German cups, five German and two European Supercups and two Club World Cups, joined Bayern as a youth player in 2008 and made his competitive debut in a 6-2 cup win against Greuther Furth in February 2010. To date he has made 415 competitive appearances for the club and also won 76 caps for Austria.

Starting out as a midfielder, he was converted into a left-back by Louis van Gaal in 2010 but more recently he was moved to centre-back, first by Niko Kovac and now by Hansi Flick, following the emergence of Alphonso Davies at left-back.

As a central defender, Alaba has been crucial as Bayern first won an eighth consecutive Bundesliga title in 2020 and then began an historic run of silverware, winning the DFB-Pokal, the Champions League, the European and German Supercup and, finally, last week the Club World Cup.

At the tournament in Qatar, Alaba returned to midfield in the final, where he also played in Monday’s 3-3 draw with Arminia Bielefeld.