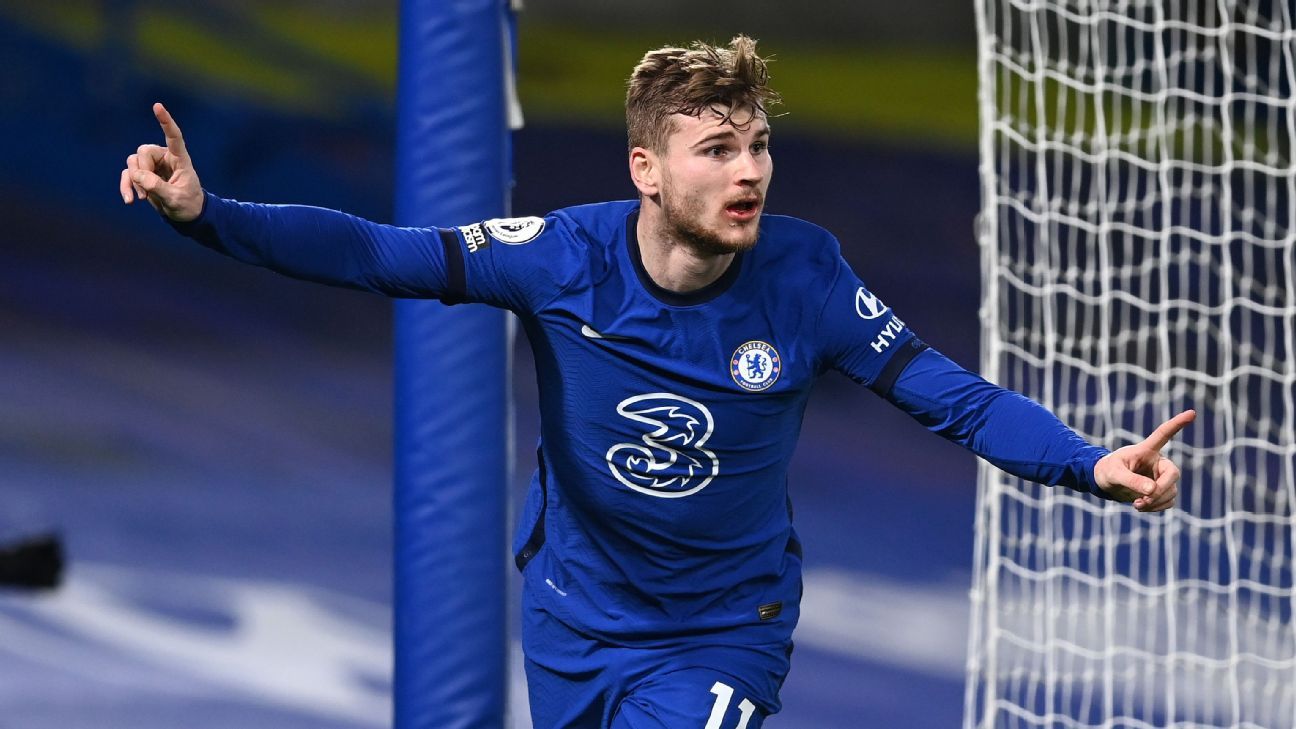 Timo Werner scored his first Premier League goal in 14 matches as Chelsea jumped into the top four with a 2-0 victory against Newcastle United on Monday.

Tammy Abraham limped off in the 20th minute with an apparent ankle injury after being clipped by by Jamaal Lascelles moments before, with Giroud coming on for the England international.

Giroud then made his mark 11 minutes later after some fine work down the left from Timo Werner, whose low cross was palmed toward the former Arsenal man to thump home.

The tally made Giroud the first Chelsea striker to score a league goal in 2021, ending a difficult dry spell for the France international, Abraham and Werner up front.

With the floodgates open, Werner added another eight minutes later with a poacher’s goal at the back post following a corner kick for his first Prem goal for the club.

The win gives Chelsea 42 points from 24 matches, tied with fifth-placed West Ham and four back of Leicester in third. Meanwhile, Newcastle remain in 17th, seven points ahead Fulham for the final relegation spot.

United States international Christian Pulisic did not make an appearance in the match, and has now logged just 84 out of a possible 450 minutes in the league under Tuchel.