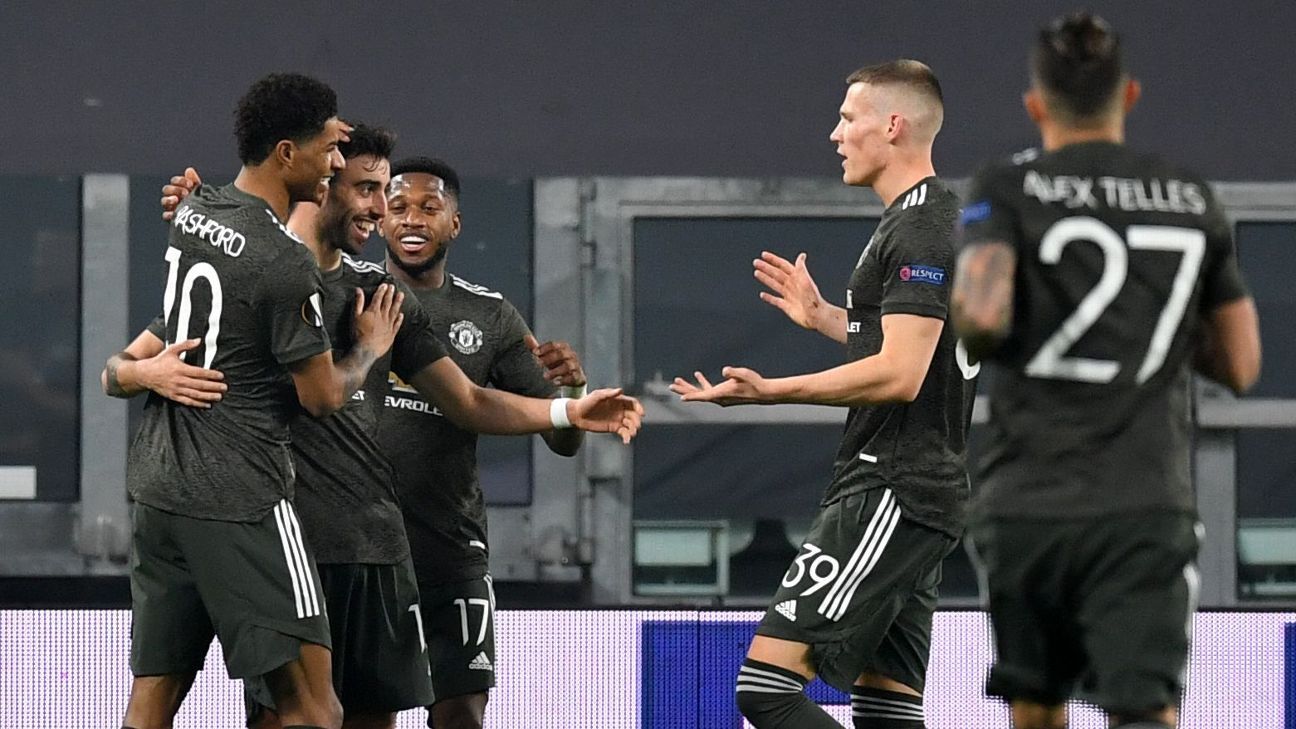 Manchester United put one foot in the Europa League round of 16 with a comprehensive 4-0 away victory over Real Sociedad in their round-of-32 first leg on Thursday.

Due to travel restrictions in Spain, this tie took place in Turin, meaning La Real lost the advantage of playing in their home stadium.

Billed as one of the ties of the round, it lived up to expectations with both attacks looking dangerous in the first half and Marcus Rashford should have opened the scoring early on when put through, but shot straight at goalkeeper Alex Remiro.

United did open the scoring on 27 minutes as Remiro clattered into defender Robin Le Normand, allowing Fernandes to tap into an empty net from close range and net his 20th goal of the campaign in all competitions.

La Real finished the half the stronger but, despite some shaky United defending, the “home” side failed to take advantage.

Former United academy graduate Adnan Januzaj was up against his old side for the first time since his departure for Spain in 2017 and told ESPN on the eve of the match that he had nothing to prove.

However, like former Manchester City captain David Silva, the Belgium international’s impact on the contest was minimal.

Fernandes made it 2-0 on 57 minutes after cleverly stepping over a Rashford through ball, which found Daniel James who slipped in the Portugal midfielder. The goal was initially ruled out for offside, but a VAR review overruled the original decision and referee Sandro Scharer awarded the goal.

United’s third came 64 minutes as Rashford ran on to Fred’s pass to poke the ball past Remiro and put Ole Gunnar Solskjaer’s side in firm control of the tie.

The Wales international did eventually make it 4-0 with a close-range finish in the 89th minute.