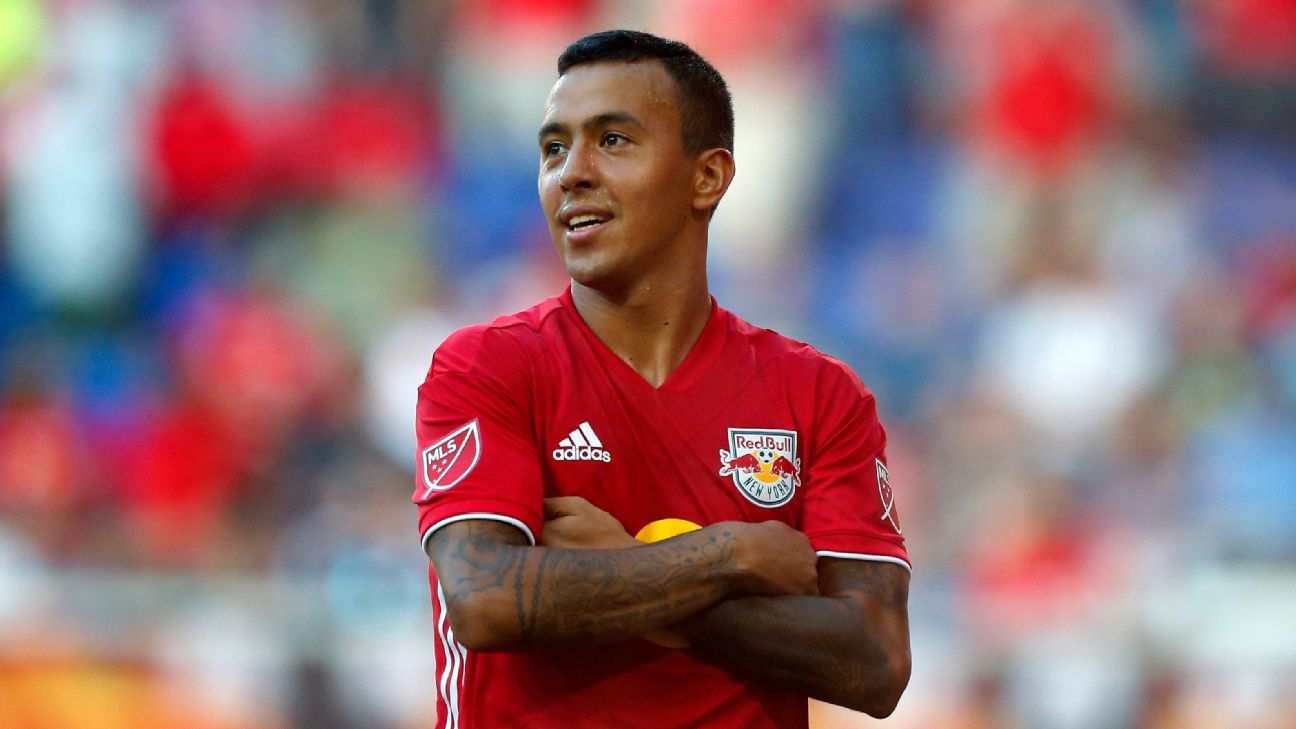 Major League Soccer and the New York Red Bulls have requested that the contract dispute involving the team and midfielder Kaku be taken to arbitration, the Red Bulls announced on Wednesday.

The dispute has been dragging on for the last several weeks, with Saudi side Al-Taawoun claiming on Feb. 1 that they had signed Kaku as a free agent. The Red Bulls countered that Kaku — also known as Alejandro Romero Gamarra — was still under contract to them, and thus not free to sign with another club.

At one stage, MLS and the Red Bulls had asked the U.S. Soccer Federation to not release Kaku’s International Transfer Certificate (ITC), which was needed for the move to Al-Taawoun to go through. But earlier this week, Al-Taawoun obtained a provisional ITC for the Paraguay international from FIFA, which will allow him to take part in Thursday’s match against Al-Ittihad.

Since the dispute is considered a domestic issue in the eyes of FIFA, the arbitration will involve MLS and the Red Bulls on one side with the MLS Players Association (MLSPA) and Kaku on the other. The terms under which the arbitrator will be appointed are spelled out in the recently ratified Collective Bargaining Agreement, the precise terms of which haven’t yet been made public.

“The issuing of the provisional ITC does not change the fact that a valid contract exists between Major League Soccer and Kaku,” the Red Bulls told ESPN in a statement. “In response to the player’s apparent signing with Al-Taawoun, MLS and the New York Red Bulls have sought to arbitrate the dispute pursuant to Kaku’s MLS contract and will take all further necessary action to enforce their rights.”

The disagreement centers on whether MLS, and by extension the Red Bulls, exercised an option in Kaku’s contract. MLS said they informed both Kaku and his agent, but Kaku’s representatives maintained that they were not notified of the exercise of the option.

The player also has the support of the MLSPA in the matter. In a letter from MLSPA General Counsel Jon Newman to MLS EVP of Competition and Player Relations Todd Durbin dated Jan. 18, a copy of which was obtained by ESPN, the MLSPA contends that Kaku is out of contract, since notification of the option exercise wasn’t given prior to Dec. 1, 2020.

“Kaku’s option notice was sent by NY Red Bulls Sporting Director Denis Hamlett on February 28, 2020, via email to Scott Pearson,” the letter reads. “Mr. Hamlett’s email attached the option exercise letter and asked Mr. Pearson to ‘[p]lease share this with the player and let us know if you have any questions.’ That email was not copied to Kaku. Despite several requests to MLS for evidence to the contrary, that February 28, 2020 email to Scott Pearson was the sole means of delivery to Kaku of the notice to exercise the 2021 option in his contract.

“You have stated that the option exercise notice was emailed and hand delivered to Kaku. It was not. Despite several requests, MLS has not provided evidence to support its assertion that the notice was delivered to Kaku. Mr. Pearson is not designated as Kaku’s authorized representative on his contract, nor has MLS produced any evidence that Mr. Pearson has, in accordance with Section 26.1 of the CBA, signed a form provided by MLS designating him as Kaku’s authorized agent.”

The dispute involving Kaku has echoes of other similar disputes involving MLS clubs. Back in 2014, then-Vancouver Whitecaps forward Camilo Sanvezzo forced a move to Liga MX side Queretaro, going so far as to train with the club despite still having a contract with the Whitecaps. The two teams eventually agreed on a “multi-million dollar fee.”

Back in 2018, then-Orlando City SC forward Cyle Larin refused to show up to preseason training, and ultimately forced a transfer to Turkish side Besiktas for a reported $2.3m.

Americans in Europe: Where the USMNT’s World Cup hopefuls are playing across the Atlantic
Ten Hag: I wanted to sub whole team at half-time
Mexico fires women’s team manager Vergara
Premier League in 1992: The rebrand that changed everything
Man City hit four past Bournemouth in easy win