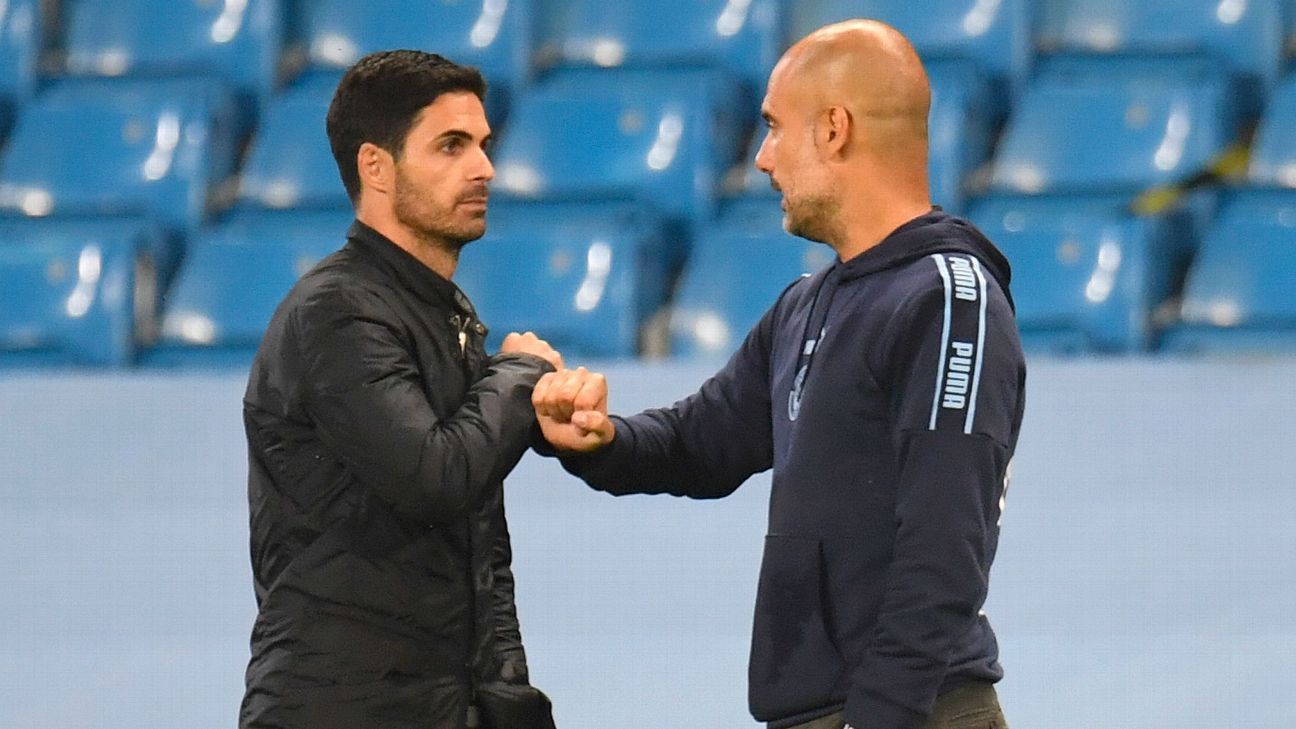 Arsenal boss Mikel Arteta said he and his Manchester City counterpart Pep Guardiola have been helping each other through difficult moments this season as the two sides prepare to face one another on Sunday.

Arteta came through a testing period in November and December when losing six out of 10 matches across all competitions as his future was called in to question. November was also the month when City slumped to 11th place in the Premier League — eight points behind the leaders after losing 2-0 at Tottenham with Guardiola seemingly facing a huge rebuilding job.

However, City will arrive at Emirates Stadium on Sunday having won 17 consecutive games, which is a record for a top-flight English team, and Arteta said the pair still enjoyed a close relationship, originally forged during three years in which the 38-year-old worked under Guardiola in Manchester.

“We have been in contact a lot since I have been here in good moments and bad moments,” Arteta, who left City to succeed Unai Emery in December 2019, said. “Also, when he had some difficult moments and now he is having great moments but the relationship does not change.

“Always we have some advice and support and it is good for any moment in your career because you need people as much as possible that have had these situations and then the advice is much more concrete and useful.”

“That hasn’t happened overnight, it has been built over the past five years,” he added. “Recruit really well, recruit players that can take the next challenge when someone starts to get in the final stage of their career and that squad evolution has been done in a really nice way.

“Credit to everyone who makes the decisions there because they have all the time kept the vision of what was the immediate need but what was needed two or three years in the future.”