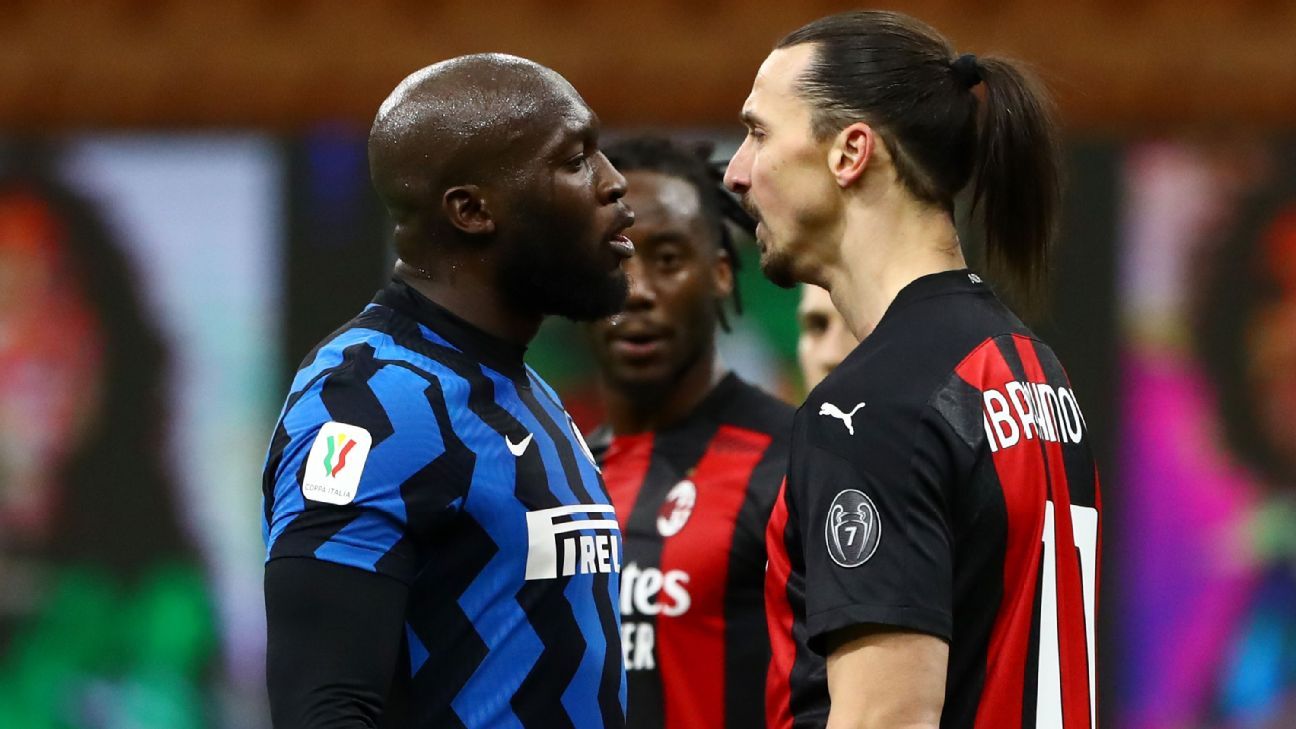 AC Milan manager Stefano Pioli had said he would take Zlatan Ibrahimovic over Inter Milan‘s Romelu Lukaku ahead of Sunday’s meeting between the two sides (live on ESPN+ at 9 a.m. ET).

The two sides come into this match in first and second place with Inter top of the standings following Milan’s 2-0 defeat at Spezia in last weekend.

– Serie A on ESPN+: Stream LIVE games and replays (U.S. only)
– Notebook: Mourinho’s future, why Utd passed on Upamecano

Ibrahimovic has been an integral part of Milan’s title charge while Lukaku has been central to Inter’s challenge and the two players were involved in a heated exchange during their Coppa Italia quarterfinal which the Nerazzurri won 2-1.

Asked which of the two forwards he would prefer, Pioli told a news conference: “I’d keep Zlatan every day, even if I have great respect for Lukaku, who is showing what a great player he is.”

Pioli also played down suggestions the contest would reignite the Coppa Italia spat between the pair. Both were booked in the incident, with Ibrahimovic later receiving a second yellow card with Milan 1-0 ahead at the time.

“It would have been better if the cup incident had never happened,” Pioli added. “Still, Sunday is another match and I believe there will be duels and clashes all over the pitch because it’s a very important and intense match.

“But I think there will also be huge respect [between the two sides].”

Milan won the first league encounter 2-1 between the two sides at San Siro despite Inter being the designated home side with Ibrahimovic scoring twice and the Swede also netted the Rossoneri’s goal in their cup defeat.

But Inter boss Antonio Conte said he is confident his side can keep the 39-year-old quiet.

“Our best chance is to work as a team and reduce the amount of errors,” Conte told reporters ahead of the match. “Ibra is a top player who has helped Milan a lot.

“He has scored against us in previous matches but that doesn’t mean he will on Sunday. Aside from whether it’s him who scores or not, we are only interested in the result and giving our best.”

Milan have led the table for almost the entire campaign prior to their loss at Spezia, but Conte does not think Inter being top adds to the pressure.

“We need to always work with the right enthusiasm,” Conte added. “When the league looks positively, you need to be even more fired up and have even more determination to do well.”