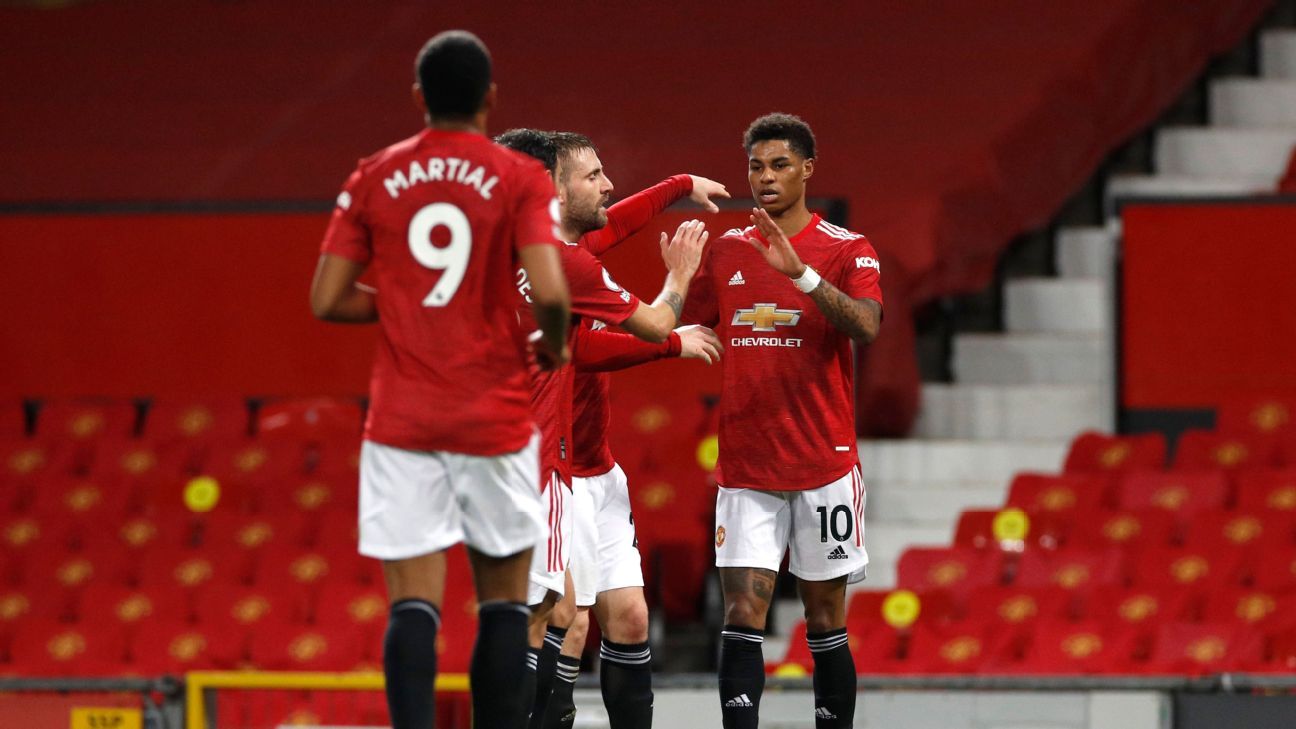 Manchester United beat Newcastle United 3-1 to jump back into second place behind Manchester City in the Premier League standings.

Goals from Marcus Rashford, Daniel James, Bruno Fernandes ensured United’s win at Old Trafford over Newcastle, with Ole Gunnar Solksjaer’s side ahead of Leicester City in the table due to goal difference.

Rashford gave United the lead in the 30th minute when he streaked down the left wing, cut back inside and hit a low shot to the near post for the goal.

Newcastle equalised six minutes later when Harry Maguire‘s header failed to clear the area, allowing for Allan Saint-Maximin to meet it on the bounce and knock it into the roof of the net.

James restored United’s lead after the break in the 57th minute, getting just enough on the stretch to poke in Nemanja Matic‘s shot into the area.

Fernandes then put the match to bed in the 75th mintue after routinely converting a penalty, earned after Newcastle defender Joe Willock tripped Rashford on a challenge.