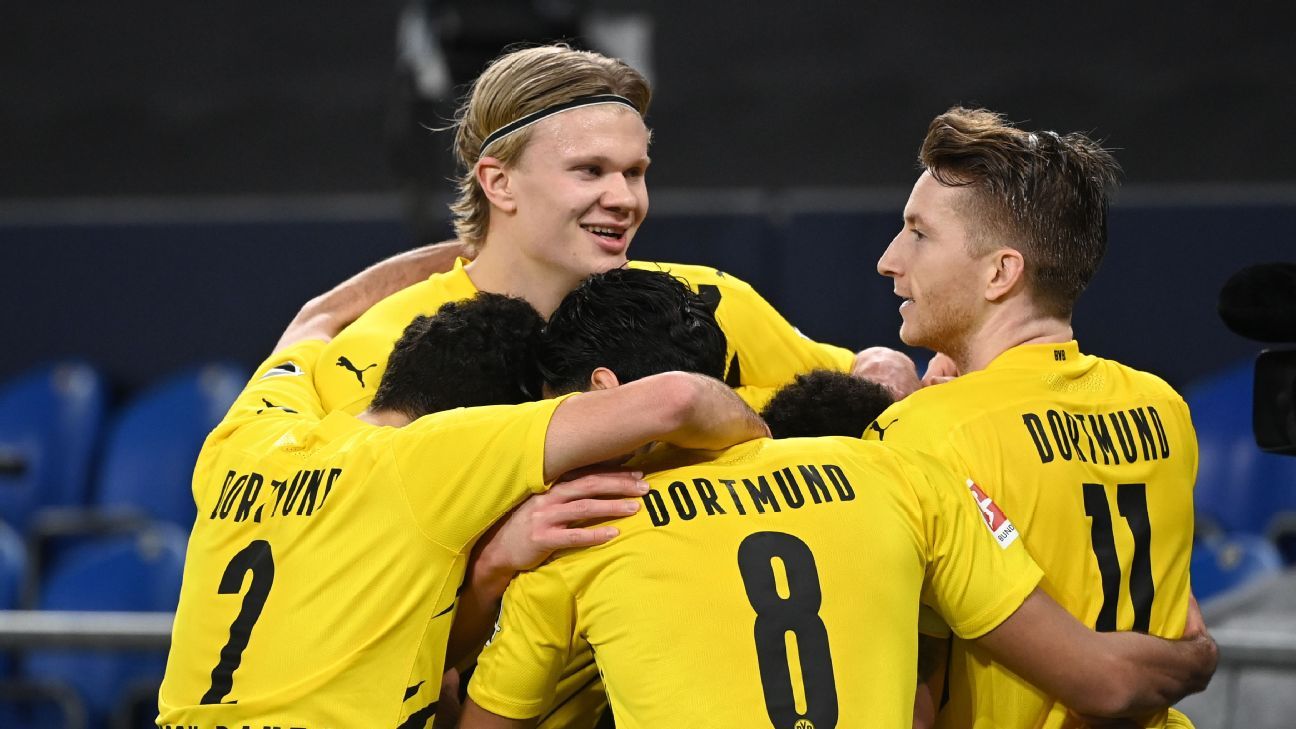 Borussia Dortmund have criticised players, including Emre Can and Erling Haaland, who took part in celebrations with fans outside their training ground after Saturday’s 4-0 win at Schalke 04 and called their actions “not tolerable.”

The German Football League (DFL) have demanded an explanation from Dortmund after large unorganised groups greeted the team bus with flares at their training ground after the win.

Approximately 200 fans gathered outside Dortmund’s training facilities as the team returned from the resounding victory in the Revierderby.

Footage posted on social media showed that the players did not wear masks and did not maintain social distancing as required in the DFL hygiene protocol.

Police and club stewards did not intervene as fans stopped the bus, with some of the supporters not wearing masks and the majority not maintaining social distancing.

The club said in a statement on Sunday those celebrations were “not tolerable.”

They added they can “only apologise and promise to address the question how to completely prevent these scenes in the public in the future with police and all involved at short notice.”

Under the DFL hygiene protocol, the German Football Association (DFB) can punish breaches of the protocol inside the stadiums and the clubs are responsible for those occurring in private situations.

Bayern Munich fined Corentin Tolisso for getting a tattoo and also when Borussia Monchengladbach fined attacker Breel Embolo for a breach of the protocol back in January.

“The DFL has instantly contacted Borussia Dortmund and asked the club for a statement at short notice,” a DFL spokesperson told ESPN on Sunday.

Dortmund are set to be the first club fined for a breach of the protocol this season, sources told ESPN.

The expected fine will not be imposed on Dortmund for the behaviour of their fans, but only for the breach of the COVID-19 rules inside the team bus.

The DFL said they will announce the result of their investigations and a possible fine for Dortmund later this week.