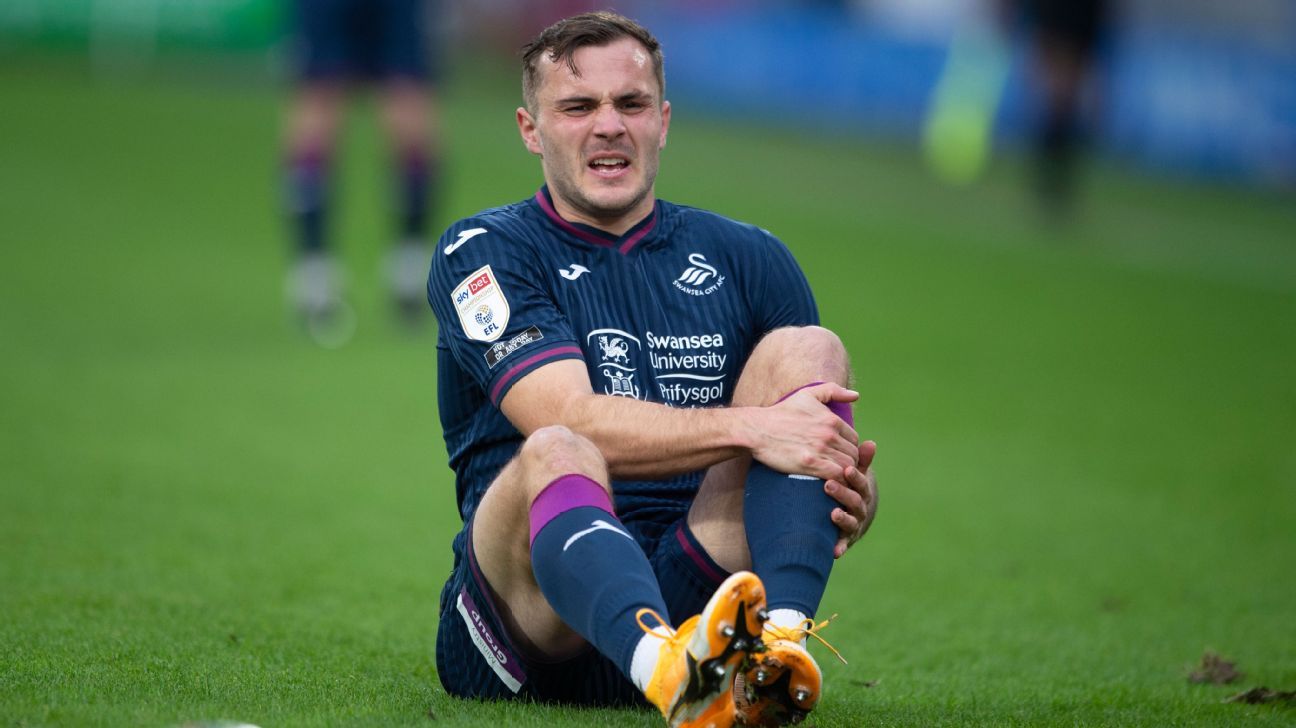 USMNT forward Jordan Morris has suffered a season-ending ACL injury while on loan at English Championship side Swansea City, meaning he will miss the Gold Cup and the Olympics.

Morris picked up the injury during Swansea’s 4-1 defeat at Huddersfield Town on Saturday. Morris came on at half-time, but was forced off on a stretcher after 66 minutes.

Swansea manager Steve Cooper said postmatch the injury “does not look good” and scans revealed that Morris has suffered a serious knee injury.

“He’s had a bad injury unfortunately for him,” Cooper said of Morris. “It’s significant ligament damage, ACL. Everything we hoped it wasn’t, unfortunately it is.”

Morris moved to Swansea on a five-month loan deal in January — the club had an option to sign him on a permanent deal — but the injury means his season is finished at the Championship side.

“It’s the end of his season for us and a long road back to recovery, it’s very cruel,” Cooper added. “It’s a cruel injury anyway, but in the circumstances of him fulfilling an ambition and coming to Europe and being a part of what we’re trying to do here. It’s a really tough one for him and us to take.

“He has our support of course, I’m not quite sure of the next steps of his recovery whether it’s here or back home in the U.S.”

Morris made five appearances for Swansea — four in the Championship and one in the FA Cup.

ESPN FC’s Fantasy Premier League: Which expert will reign supreme in 2022-23?
Sources: Man Utd interested in PSV’s Gakpo
Who could be the next big breakout star in Europe?
Barca held to 0-0 draw by Rayo in LaLiga opener
Dortmund late comeback sees off Freiburg