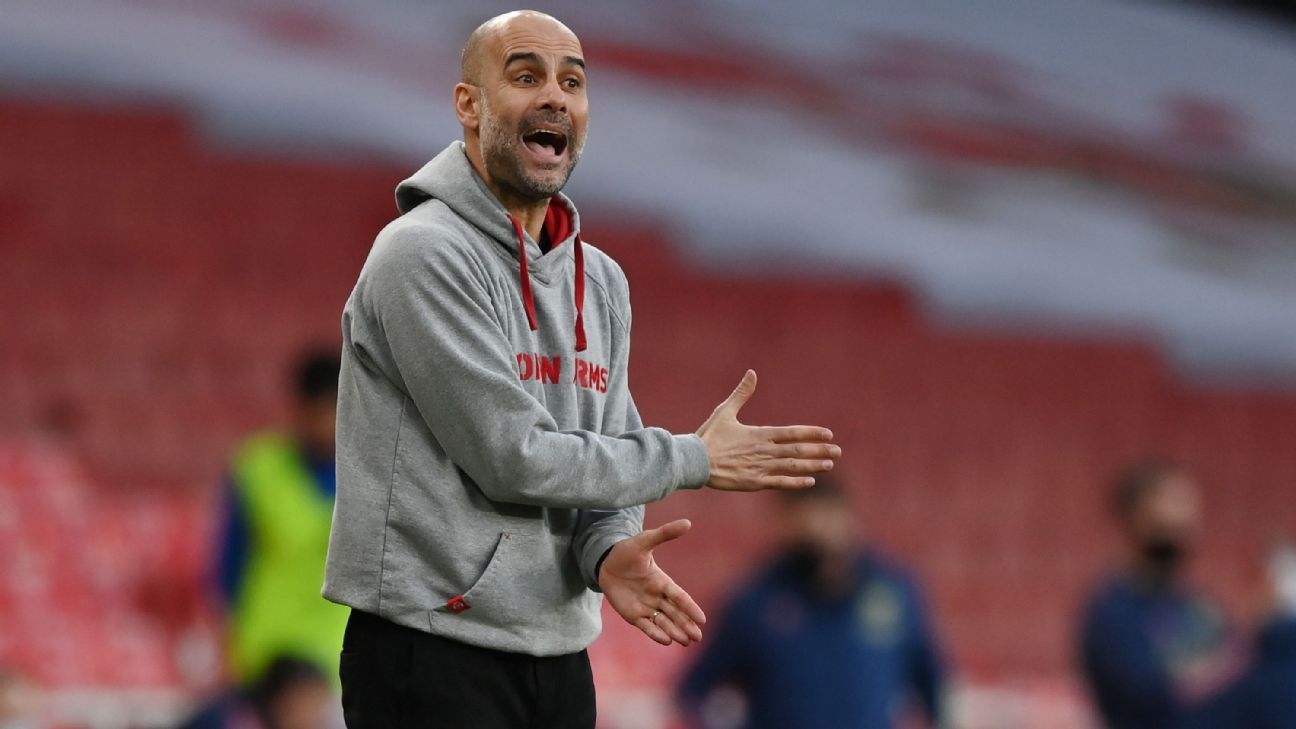 Aston Villa have launched an investigation after news broke that midfielder Jack Grealish had suffered an injury in training ahead of their clash with Leicester City.

Villa have also asked that their players no longer play fantasy football after some members of the squad removed Grealish from their teams before the defeat to Leicester — seen as an indicator that the England international was set to miss out.

Guardiola keeps his selections close to his chest but the City boss said he would take a dim view of anyone caught leaking information.

“Sometimes there’s a selection and players are friends with players from other teams and they talk. Sometimes it happens. It’s unethical and unprofessional but it can happen.”

Guardiola was speaking as he prepares his team for the Champions League round-of-16 tie with Borussia Monchengladbach on Wednesday. He has won the competition twice before while in charge of Barcelona but has never been beyond the quarterfinals during four years at City.

“All the times when we went out we were in a high level and so close,” Guardiola said. “We have to play well and the desire is there.

“After that, we see the second leg and then onto the quarters if we are good enough. No more expectations than that.”

A remarkable 18-match winning run has propelled City to the top of the Premier League table and raised the possibility of a quadruple if they can land the title, the FA Cup, Carabao Cup and Champions League this season.

It would be an unprecedented feat in English football but midfielder Ilkay Gundogan said the opportunity to make history is not on the players’ minds.

“It’s nothing that I have thought about until you just mentioned it and nothing that I will be thinking of,” he said. “If it is going to happen I will take it.”