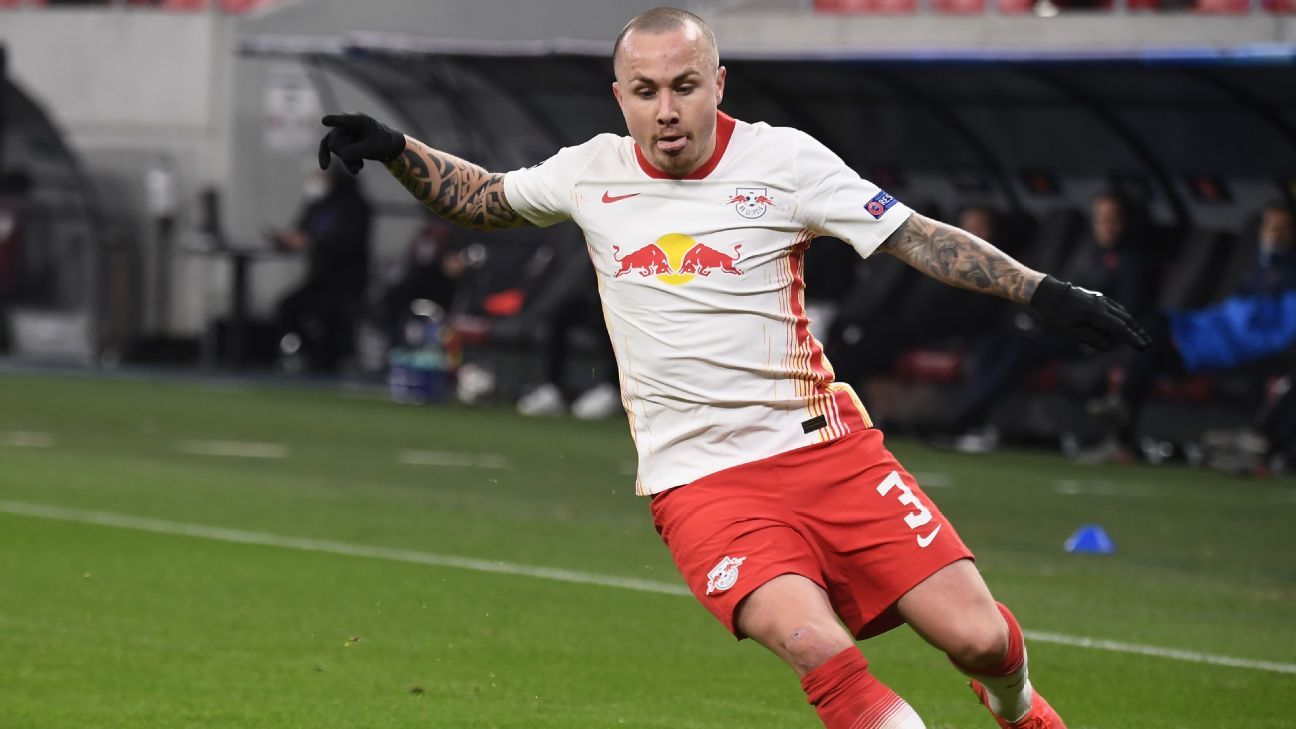 Angelino has become an important member of Julian Nagelsmann’s side as Leipzig look to win their first-ever Bundesliga title.

The 24-year-old recently joined on a long-term contract after two impressive loan spells at the club. Leipzig parted with €18 million and Angelino has contributed eight goals as well as 11 assists in 31 appearances across all competitions from his position as left wing back.

“There is a big difference [between Guardiola and Nagelsmann]: One gave me the confidence and played me and the other didn’t,” Angelino told reporters on Wednesday. “[Guardiola] killed me. Confidence is everything for me.”

Angelino joined Leipzig from City on an initial loan in January 2020 after only starting in four of a possible 24 Premier League matches in the 2019-2020 season. Ahead of the last term, he had returned from an impressive loan spell with PSV Eindhoven, but said he felt he never had a chance under Guardiola to prove his worth.

“I was judged for preseason. And then I didn’t get a chance for a few months. It’s hard to play one game every two months,” he said.

“On the hand I learned a lot from Pep but on the other hand I did not play as much as I wanted.”

Nagelsmann, however, has put a lot of trust in Angelino, playing him as maybe the highest wing back in the league and handing him a lot of responsibility in the build-up play.

“If someone believes in you as much and plays you every week, you must pay it back. Hopefully we’ll be working together for a long time,” Angelino said.