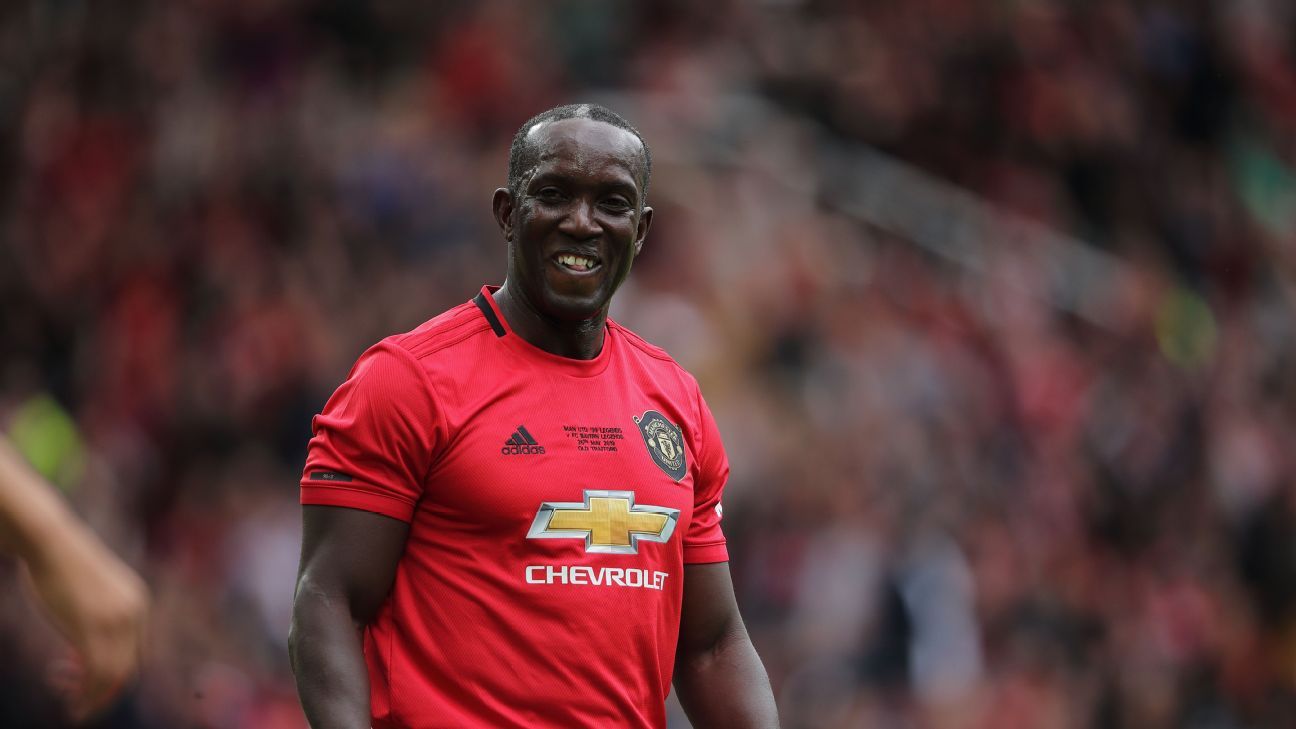 Manchester United Treble winner Dwight Yorke has told ESPN that “taking the knee” before Premier League games has become a “token gesture” and said he understands Wilfried Zaha decision to stop participating in the pre-match initiative.

Crystal Palace forward Zaha last week described taking the knee as “degrading” and said players “should stand tall’ rather than continue to participate in the protest, which was adopted by the Premier League last June in support of the Black Lives Matter movement.

EFL Championship clubs Brentford, Middlesbrough, Bournemouth and QPR have all decided to stop taking the knee, citing a view that the gesture had lost its impact, but all Premier League clubs continue to take a knee, with players given the freedom to take an individual position.

A survey of players by the Professional Footballers’ Association in December showed overwhelming support for taking the knee to continue.

But in an interview with ESPN, former United and Trinidad & Tobago striker Yorke believes that the time has come for real progress in the fight against racism rather than symbolism.

“It [taking the knee] is a token gesture, isn’t it?” Yorke said.

“It [racism] has been well documented in the past, before my time and during my time, but here we are, after my time, and we are still on the same topic.

“There has been little progress and we have addressed it on many occasions, but we haven’t seen any hard evidence of any action being taken.

“For me, that is probably the most frustrating part of it, that we continue to acknowledge it, but not with any type of physical evidence and that’s what we need to see more of.

“I think it’s understandable that some people are obviously frustrated. Just taking the knee is not sufficient enough.

“People are entitled to their views and how they view it, but certainly I can understand Wilfried Zaha for taking the stand of not doing it for a certain reason.

“Zaha, in his opinion, thinks it is time for more action and the knee is not enough.

“The progress — yes, there has been progress made, but we not seeing enough action being taken. There will come a time when players will have just had enough of just taking the knee and they will need more.”

The issue of racism within football has been highlighted in recent weeks by online abuse directed at the United players Marcus Rashford, Anthony Martial and Axel Tuanzebe in recent weeks. Arsenal players Willian and Eddie Nketiah have also been targeted on social media.

And Yorke says that more needs to be done to show that real change is happening in the fight against racism.

“We need to see the progress that has been talked about for the past years,” Yorke said while speaking as part of #ILOVEUNITED USA, a virtual fan event to be streamed live globally on Sunday.

“It’s been talked in the past, over the years, for many years, but we haven’t seen the equality and now with social media, people are being abused at the moment.

“[Rashford and Zaha] have a platform, with a lot of followers on their Twitter feed and the Premier League is a great advert for world sport in terms of what they are doing.

“It doesn’t unnoticed. Back in the day, you probably had one or two players talking to a few media outlets, but that was it.

“Now, with all the social media available and the platform players have, they can express themselves in a much more positive way and much more people are able to see it, including the people who are maybe not part of the football fraternity.