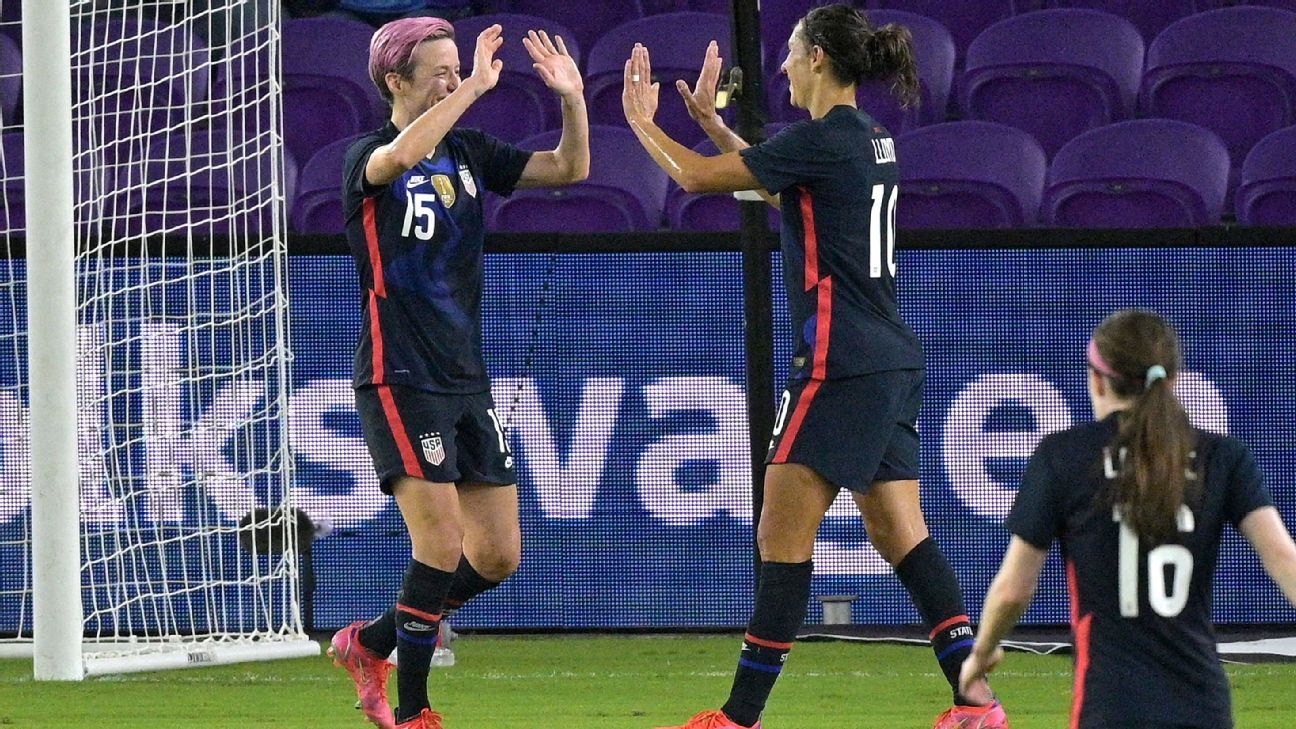 Wednesday’s win at Orlando’s Exploria Stadium gave the USWNT its third straight win after 1-0 victories over Canada and Brazil.

The U.S. were able to put away Argentina early on as Megan Rapinoe scored twice before the half-hour mark. Carli Lloyd and Kristie Mewis also had goals before halftime.

USWNT manager Vlatko Andonovski made several changes after the break, bringing on the likes of Lindsey Horan and Alex Morgan.

After what was a subdued second half, Morgan gave the U.S. another goal in 86th minute. Christen Press finished the offensive onslaught in the waning minutes for the final tally.

The USWNT have now won the annual tournament three times, including the inaugural version in 2016. France and England have also won the cup.