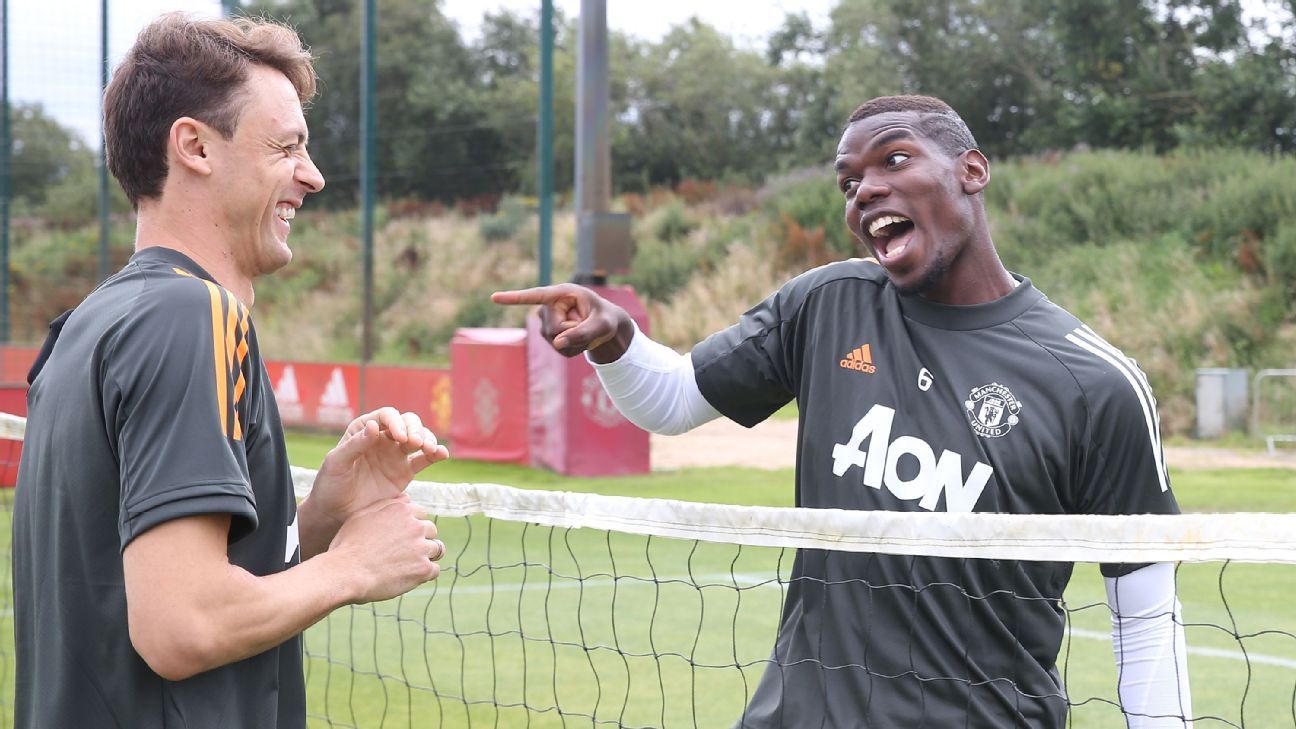 Manchester United midfielder Nemanja Matic has revealed that he fined himself after arriving late to a team meeting, but put the blame on teammate Paul Pogba.

Matic, 32, joined United from Premier League rivals Chelsea in 2017 and is in charge of handling club fines around the training ground alongside captain Harry Maguire.

However, Matic said that he was recently forced to pay up himself but joked that he would also charge Pogba for the incident.

“I have to say, just before the Newcastle game, I fined myself,” he told the club’s website. “I was late for a meeting by two seconds, and the rules are the same for everyone.

“I had to fine myself, because they catch me! I was late to the meeting. In front of the room [where the meeting was taking place] I was talking to Paul [Pogba], so I will ask him to pay 50% of my fine. I don’t know if he will accept!”

Matic also said that he fined Maguire after the defender was caught breaking the rule of handling his phone during a gym session.

“I’ve been fined once which is still debatable,” Maguire said. “It’s crazy, but I let Nemanja do it. I took the hit and put the money in the pot.

“When you meet in the gym before training for pre-activation, you are not allowed your phone. We did pre-activation; I didn’t have my phone.

“But then you go outside to put your boots on and you aren’t allowed to go on your phone in that period. I had my phone and carried it out with me. “[But] I wasn’t on my phone.

“Straight after training, I was going to put my trainers back on and go up for a massage instead of coming all the way back [to the changing room]. I could have gone straight to a massage, and Nemanja fined me for that. But he’s strict with everyone so I’m happy. I can set the standard.”

Matic played the full 90 minutes as United drew 0-0 against Real Sociedad on Thursday to progress to the Europa League round-of-16.

United face an away league trip to Matic’s former side Chelsea on Sunday as they look to keep pace at the top with runaway leaders Manchester City.