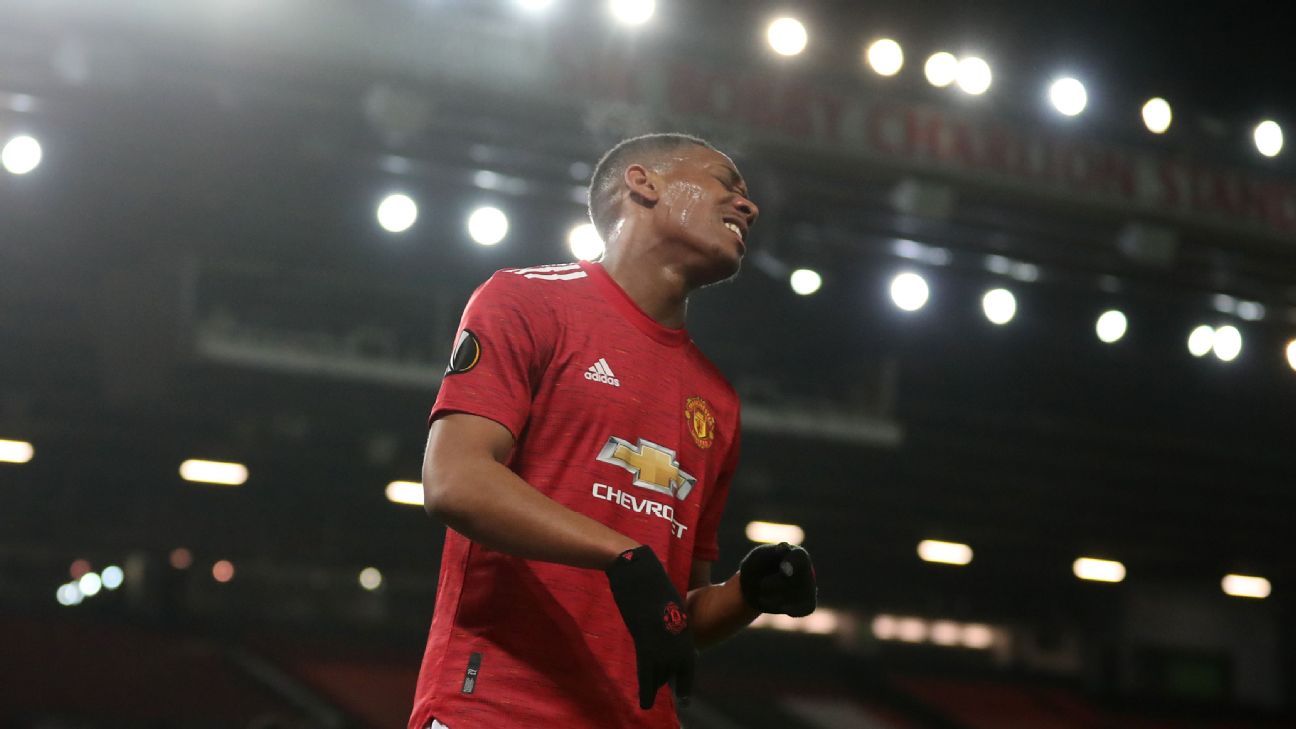 Manchester United manager Ole Gunnar Solskjaer has said Anthony Martial is going through “a difficult patch” but has backed him to bounce back.

Martial has managed just four Premier League goals this season and hasn’t scored in a game he has started since Jan. 1.

He drew another blank in the goalless draw with Real Sociedad on Thursday but Solskjaer said he is not concerned about the striker’s dip in form.

“Anthony knows what we want and he is working really hard to do well for the team and that’s what’s pleasing me every day in training,” Solskjaer said.

“He’s not going to sit down and wait for things to happen, he knows he will have to make it happen himself and we encourage him and coach him and we know that he’s got this quality and class.

“Everyone goes through a difficult patch at times and Anthony is working hard, that’s the main thing.”

Solskjaer is hopeful of having Edinson Cavani available for the trip to Chelsea on Sunday after the Uruguay international missed the last three games through injury.

Chelsea’s good form under new boss Thomas Tuchel has intensified the race for the top four and even though United sit second in the table, Solskjaer is not taking Champions League qualification for granted.

“I think it’s going to be a long run in,” he said. “I don’t think the positions will be decided early, with this season it’s unpredictable we’ve seen teams going through bad phases then a run and who knows what’s going to happen with injuries and how players react to circumstances. It’s the shortest, long season ever with loads of games.

The trip to Stamford Bridge kicks off a hectic period for United with games against Manchester City and West Ham United to come before the international break at the end of March.

“It’s still 38 games for every team, if you get a run good or bad it might impact you as a group and the culture,” Solskjaer added.

“For us, bouncing back after a couple of setbacks we’ve had and going through now, it’s an important period.

“Our mentality is really good and we look forward to these games. We know Thomas has come in and it’s changed a little bit at Chelsea and it’s going to be a great challenge for us.”

Sources: Boro still in pursuit of USMNT’s Hoppe
Man United sign England’s Parris from Arsenal
England’s Euro 2022 success is a platform for the next generation
Who will lead USWNT defense at the World Cup? Does Vlatko know?
Bundesliga 2022-23 season preview: Everything you need to know