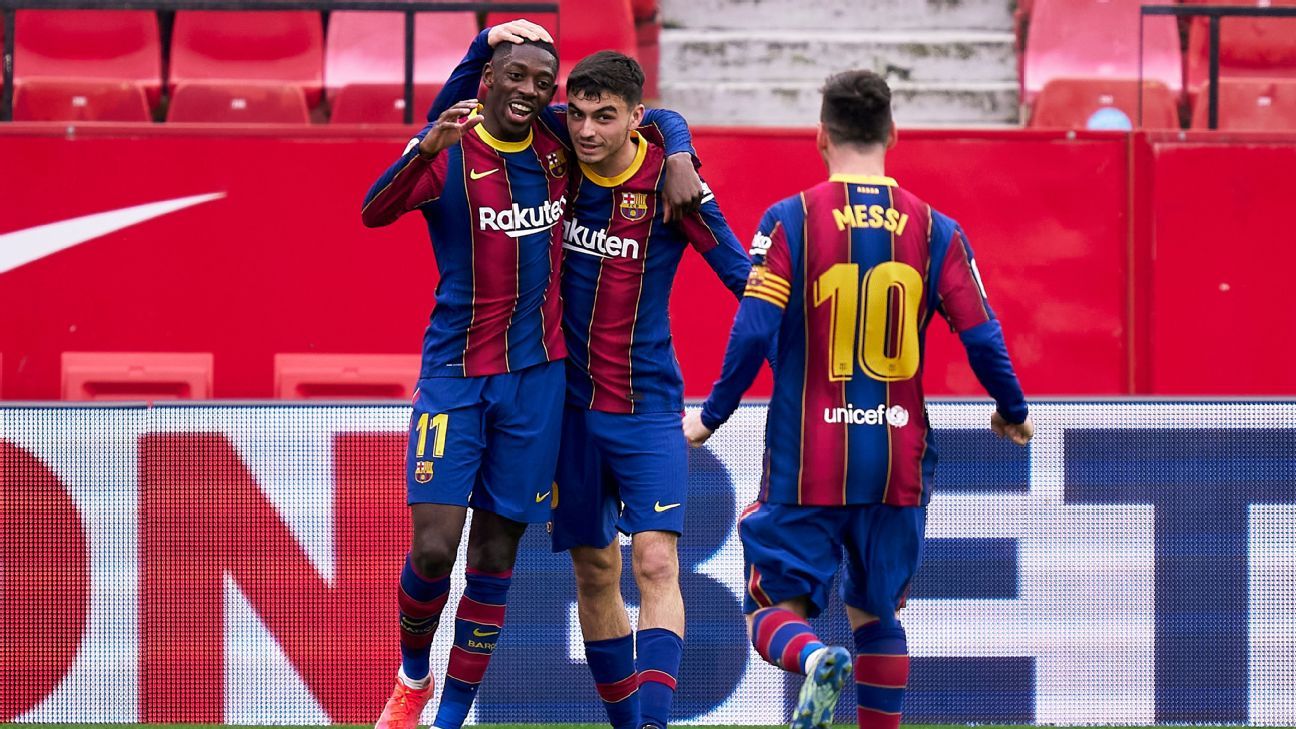 Barcelona avenged their first leg Copa del Rey defeat to Sevilla earlier in the month with a 2-0 win on Saturday in La Liga.

The two sides will meet again on Wednesday for the Cup’s second leg — with Barcelona losing 2-0 on aggregate — but the points were all the Catalan’s side on Saturday thanks to Ousmane Dembele and Lionel Messi.

The win puts Barcelona into second position but a win for Real Madrid on Monday would see them leapfrog Ronald Koeman’s side.

Barcelona took the lead on 29 minutes when Messi secured the ball on the halfway line and set Dembele off on a run.

The France international dodged around several Sevilla defenders before putting the ball through Bono‘s legs.

Sevilla didn’t offer much in attack and Barcelona nearly doubled their lead on 60 minutes when Dembele’s shot was blocked but found its way to Sergino Dest who rattled the ball off the post.

Barcelona had another attempt foiled eight minutes later when Messi directed a through ball into the box which Clement Lenglet headed into the goal but he was ruled offside and the goal was disallowed.

It was a frantic final 20 minutes with Sevilla also falling foul to a disallowed goal.

Youssef En-Nesyri found the back of the net but the referee ruled it wouldn’t count as the ball hit his hand in the build up.

Messi secured Barcelona’s win five minutes from the end with a right-footed shot from close range.