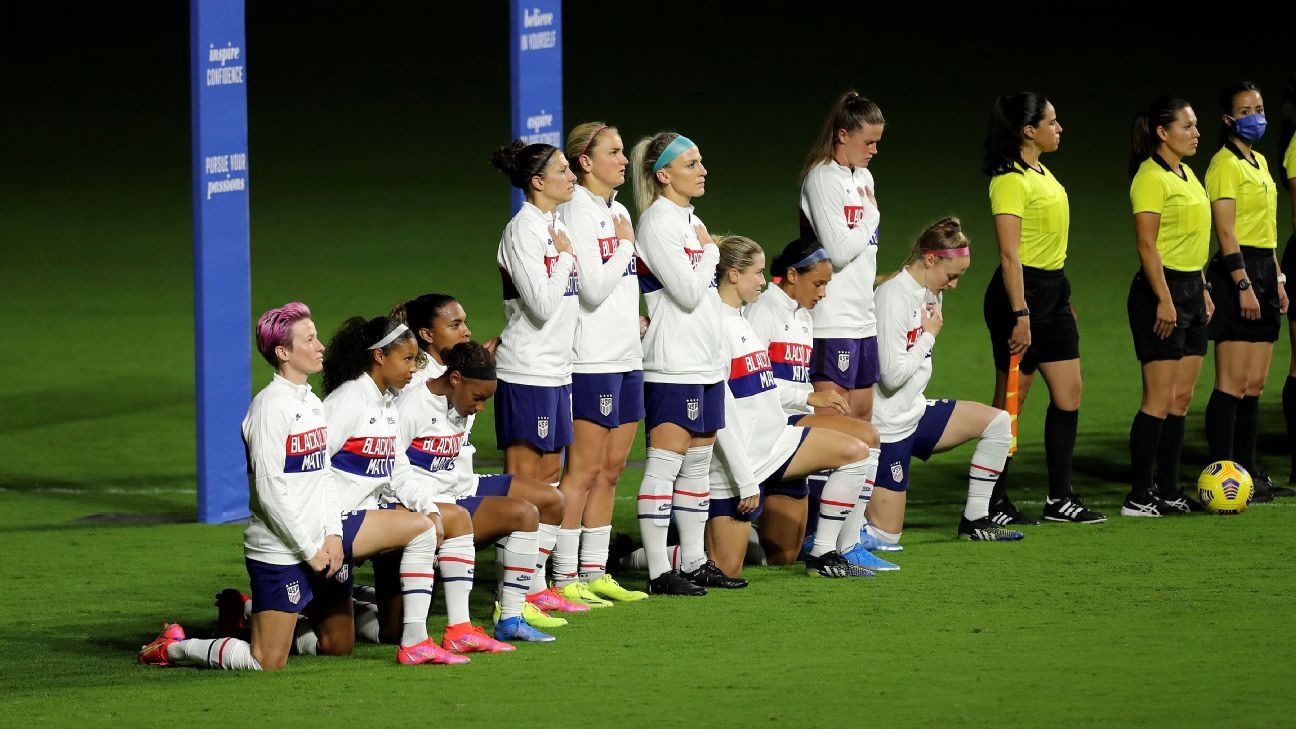 The U.S. Soccer Federation’s National Council formally voted to repeal a policy that required players to stand for the national anthem.

The vote to repeal Policy 604-1, which took place at the USSF’s Annual General Meeting on Saturday, received 71.34% of the weighted vote. The policy had already been repealed by the USSF Board of Directors last June, but still required a vote from the National Council, which is comprised hundreds of voters from across the country representing stakeholders from the youth, adult amateur and professional constituencies, as well as the Athletes’ Council.

The policy was originally passed at the USSF’s AGM in 2017, and stated that “All persons representing a Federation national team shall stand respectfully during the playing of national anthems at any event in which the Federation is represented.”

The policy was adopted in response to U.S. women’s national team midfielder Megan Rapinoe, who knelt for the national anthem before a 2016 match against Thailand. She did so in a bid to show solidarity with then-San Francisco 49ers quarterback Colin Kaepernick, who had knelt during the anthem prior to NFL games to protest racial inequality and police brutality. Rapinoe did the same several times with her club, the Seattle Reign, now known as OL Reign. Following the policy’s adoption, Rapinoe said she would honor the policy and continued to do so.

But in the wake of the death of George Floyd in Minneapolis in May 2020 while in police custody, protests took place across the U.S. about the very issues Kaepernick and Rapinoe were trying to raise. Some of those demonstrations included protestors and some police officers kneeling in memory of Floyd. This led the USSF to reconsider its policy.

At Saturday’s meeting, held virtually because of the ongoing coronavirus pandemic, the vote elicited more responses from those assembled than any other item on the agenda. Most comments were against the repeal, including one from U.S. Paralympian and Athletes’ Council member Seth Jahn in which he minimized the impact of police brutality and slavery on the Black community. That compelled USSF President Cindy Parlow Cone to address those assembled and state that the policy repeal wasn’t in any way intended to disrespect the flag or the military.

“This is about the athletes’ and our staff’s right to peacefully protest racial inequalities and police brutality,” she said. “So I urge our membership to please support our staff and our athletes on this policy.”

In the day’s other notable event, Idaho Youth Soccer Association president Bill Taylor was voted to be USSF vice-president, gaining him a seat on the USSF Board of Directors. He beat out former U.S. international Cobi Jones, USSF Board member Tim Turney and Metropolitan DC-Virginia Soccer Association president Jim Sadowski in a vote that went two rounds. Jones was the top vote-getter in the first round, but not enough to gain a majority. The second round saw Taylor receive 55.94% of the weighted vote to win the election.

Jones, the all-time leader of the U.S. men’s squad in appearances, was aiming to be just the third Black person to sit on the USSF Board.

Cone was also elected to the post of USSF president. She ran unopposed after taking over last year from Carlos Cordeiro, who resigned in the wake of controversy over language used in legal filings that disparaged the players on the U.S. women’s national team.