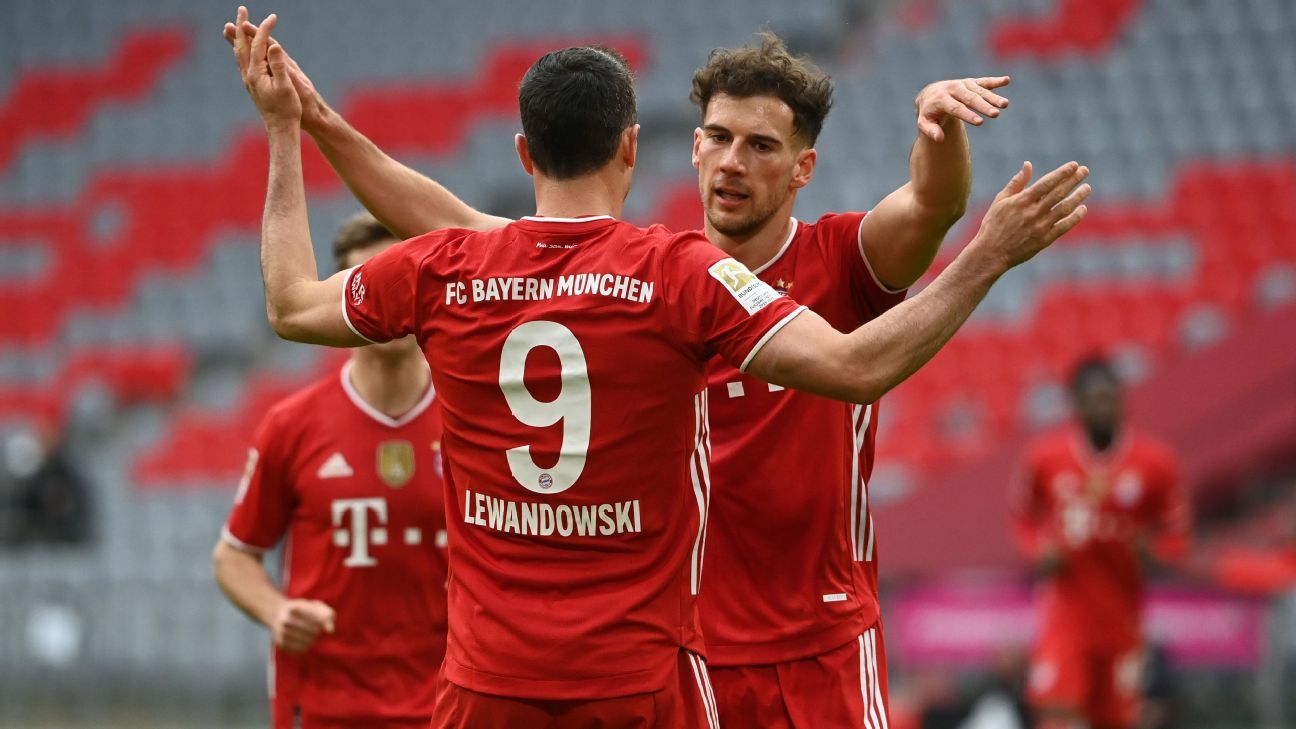 The champions, who next week face Borussia Dortmund, are on 52 points, with RB Leipzig, second on 47, taking on Borussia Moenchengladbach later on Saturday.

Wolfsburg remained in third place with a 2-0 victory over Hertha Berlin.

Apart from Lewandowski and Gnabry, Bayern were also indebted to Leon Goretzka who delivered another silky performance with three assists.

Eric Maxim Choupo-Moting opened the champions’ account with his first league goal this season, heading in Leon Goretzka’s cross at the far post in the 18th minute.

Lewandowski struck 15 minutes later, combining with Goretzka after a bad pass back from Cologne and the Pole made it 28 league goals from an assist by Thomas Muller, seconds after the midfielder came on in the 65th minute following a coronavirus infection.

Muller is the league’s top provider with 11 assists while Lewandowski is looking to break Gerd Mueller’s record of 40 league goals in one season dating back to the 1971-72 campaign.

“For our way forward we have to stop having these shaky periods during the match,” Gnabry said. “We have to reduce them and then we will be stronger.”

Such phases during their recent games have proved costly for Bayern, including a 3-3 against strugglers Arminia Bielefeld two weeks ago and their 2-1 loss to Eintracht Frankfurt last week.

Cologne had briefly cut the deficit four minutes after the restart with Ellyes Skhiri making the most of blunders by three Bayern defenders.