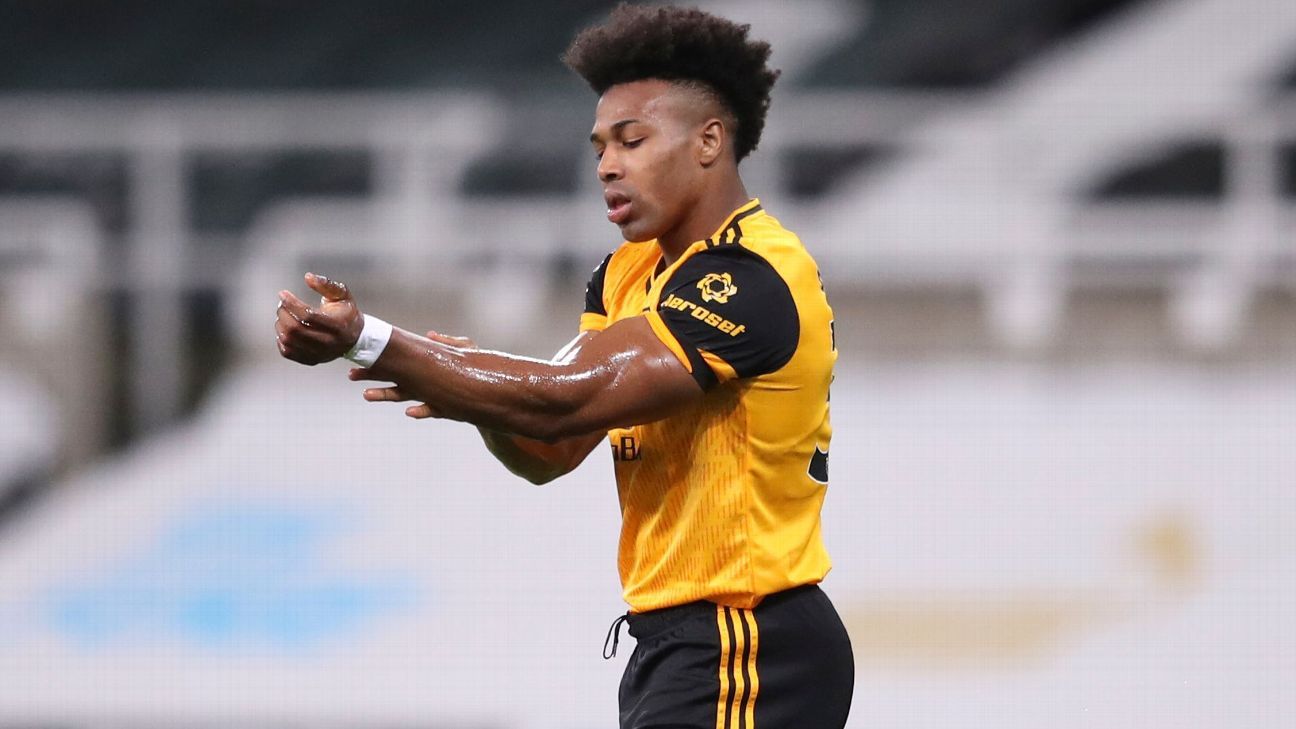 The Spain international has always backed himself against any full-back thanks to his blistering pace and rock-solid build and Wolves have come up with a ploy to make it nearly impossible to catch him on the pitch.

In a bid to prevent defenders grabbing hold of Traore, Wolves’ medical department has come up with the ingenious solution of lathering the Spaniard’s arms with the oil before and during matches.

Wolves manager Nuno Espirito Santo said the trick has ensured they do not lose Traore to niggling injuries.

“I thought it was honestly a fantastic idea by the medical department because it came from the injury that he had with his shoulder,” Nuno told a news conference ahead of Tuesday’s trip to runaway league leaders Manchester City.

“That was caused basically because of holding of his arm and creating this strong impact on his shoulder and he got injured from that.

“It’s very hard to stop Adama, and that (baby oil) avoids that situation. He becomes more slippery, so we get the advantage of his speed and talent. It was an option to avoid it, and from then on, he’s kept on doing it and it’s good.”

Traore recorded four goals and nine assists in the league last season to help Wolves secure a seventh-place finish for a second consecutive season, although they are currently 12th.

The 25-year-old has yet to make a goalscoring contribution in the competition this term, but remains a constant attacking threat with his passing and dribbling skills.